An industry institution, this year BIBA celebrates 45 years in operation. A milestone achievement that’s testament to BIBA’s persevering national scope, an agile approach to business and an unfaltering love for the art of hairdressing. 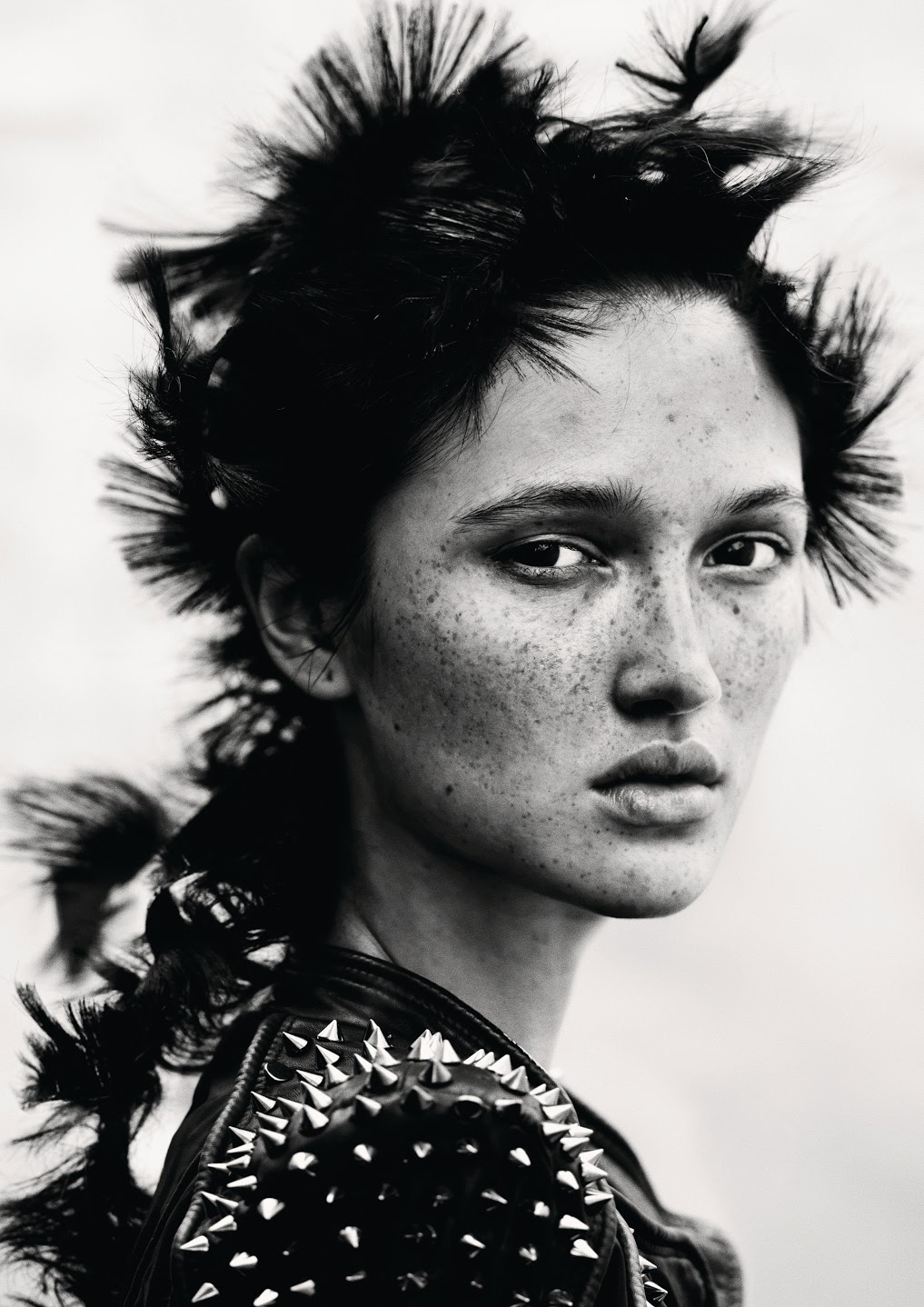 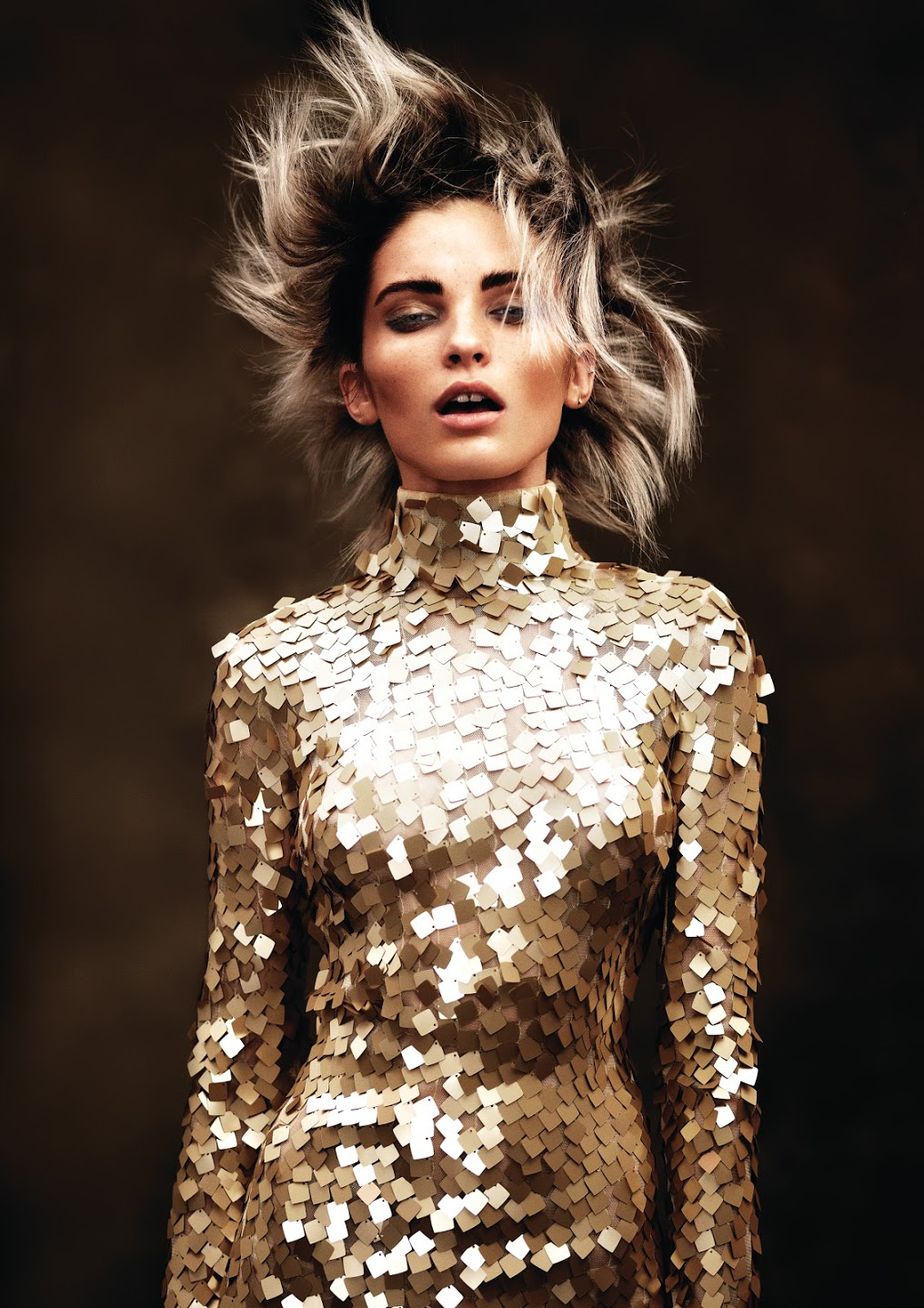 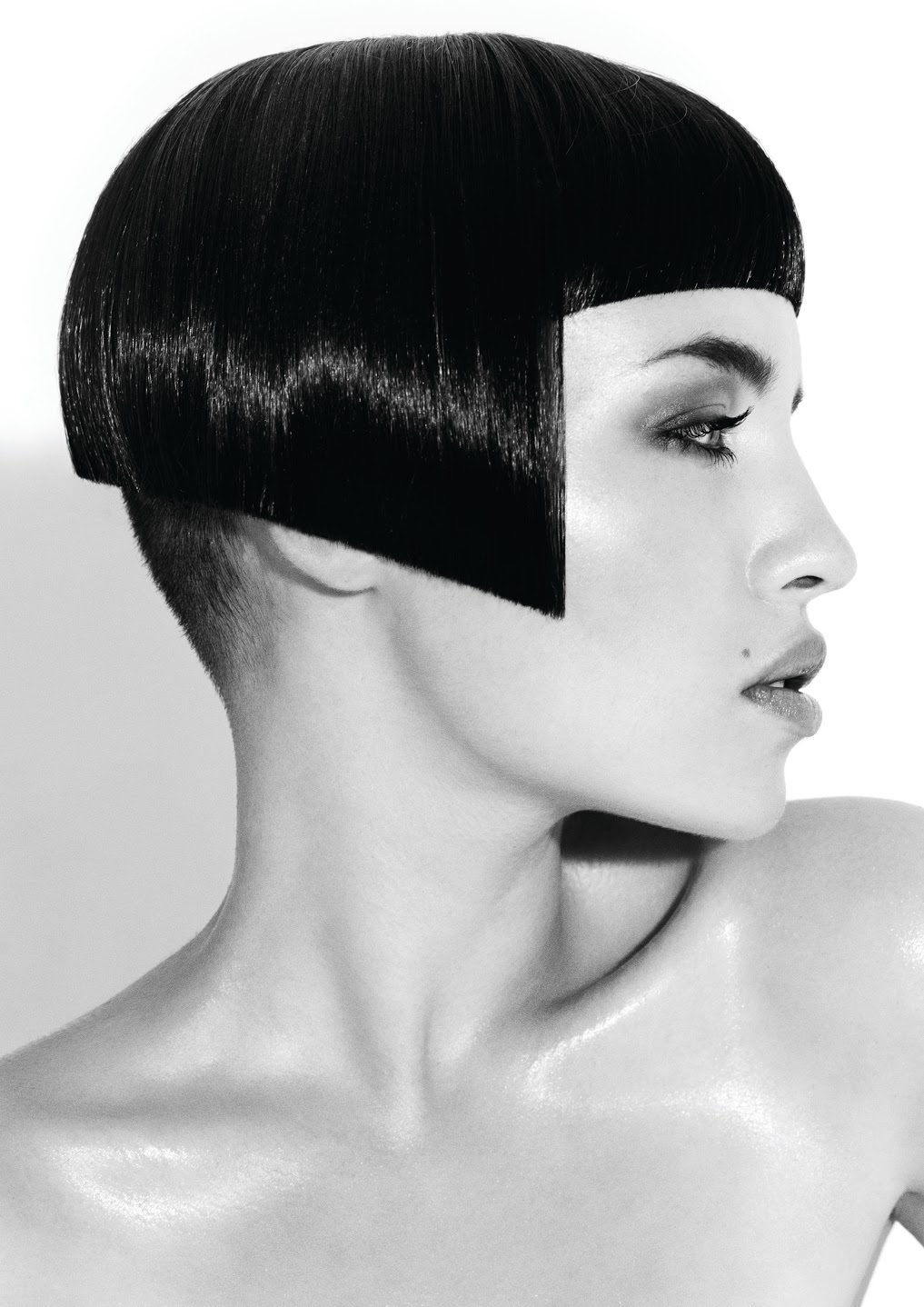 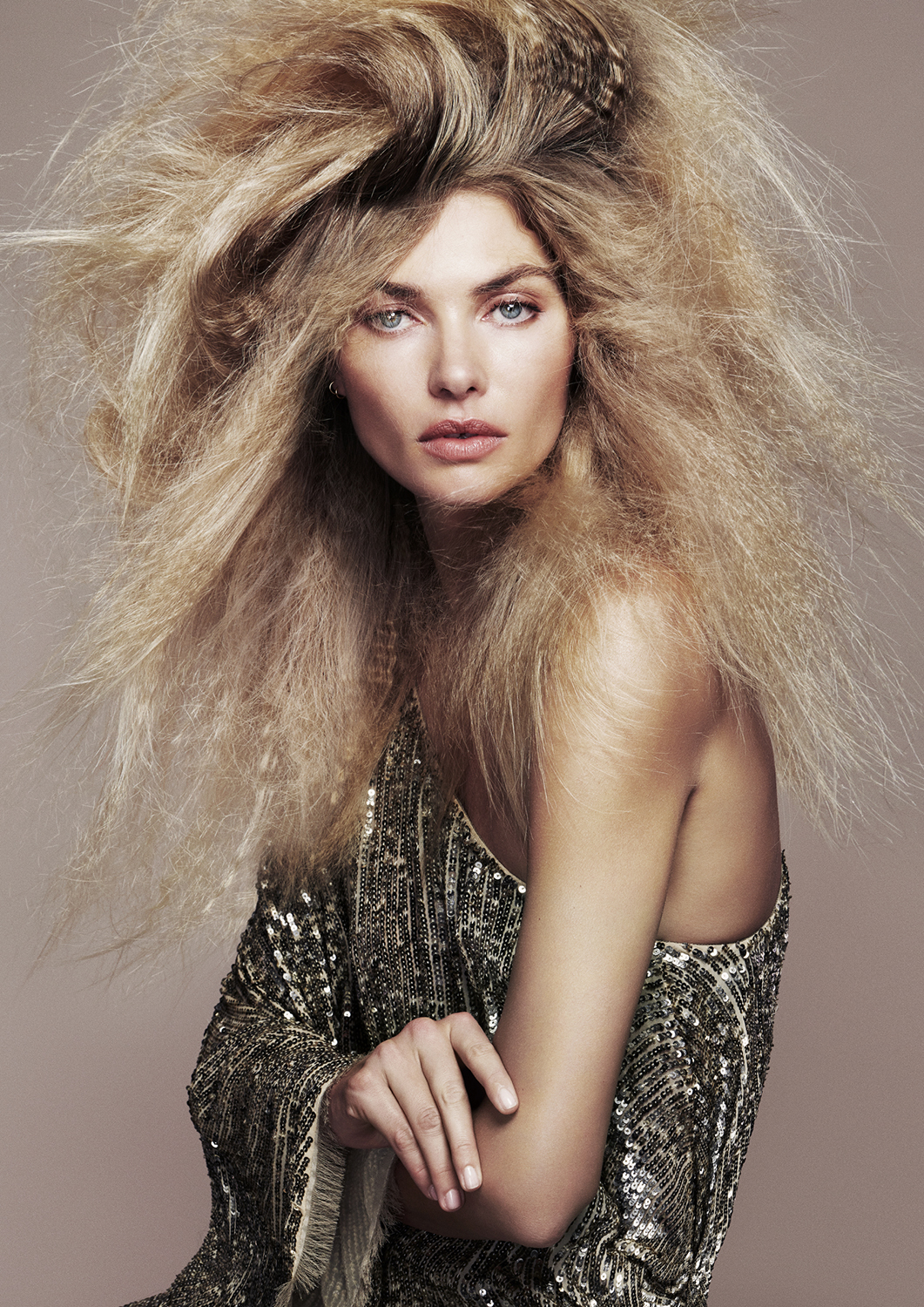 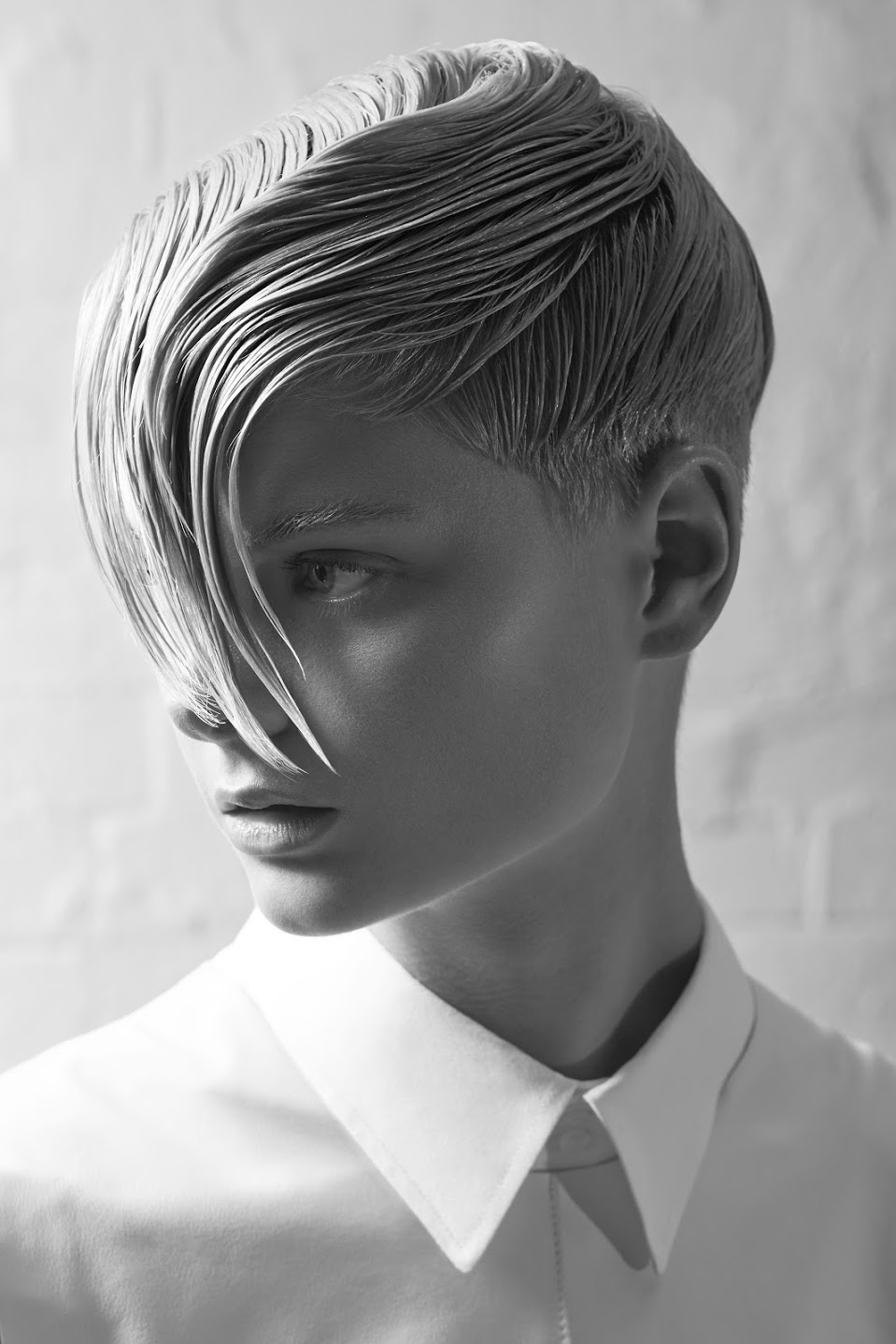 Amidst an ever changing industry landscape, few beacons of success persevere in both our hearts and imaginations.

One such national hallmark? BIBA Salons: A name that conjures thoughts of artisanally executed editorial shoots… pristine and thoughtfully curated salon spaces… and a revered lineup of emerging and established creative visionaries. All of which continue to form the fabric of modern hairdressing as we know it.

An industry institution, this year BIBA celebrates an inspired 45 years in operation; a milestone achievement that’s testament to the salon and education group’s persevering national scope, an agile approach to business, and (of course) an unfaltering love for the art of hairdressing – in all its many facets.

With 14 salons Australia wide, two dedicated BIBA education academies and close to 300 dedicated staff members; their’s is an empire that shows no signs of slowing down. To celebrate this landmark anniversary, we chat with one of the brains behind the business, BIBA Co-Founder: Pavlos Divitaris.

TJ: This year BIBA celebrates a monumental 45 years in operation. Looking back, could you have foreseen the brand’s longevity and impact upon opening the first salon?

PD: When we first opened 45 years ago, it was just Carmel and myself. We did it because we loved what we were doing; but never expected, or planned for, any number of salons to open beyond the first. We just wanted to deliver good work. This was our main aim – and one thing led to another.

We had some really good people working for us, and we grew from two to ten in a matter of time. Seeing how good they were at all they were doing, we started thinking about how we could keep them on board – and how we could better support them.

We never had aspirations or a plan to open more salons; it’s something that just happened organically. I don’t like to plan things; I just go with my gut instinct and if I see something I like, then I’ll do it. There was no way I could have foreseen BIBA becoming what it is today.

TJ: Can you tell us about the first BIBA salon?

PD: The very first BIBA Salon was opened in Box Hill in 1975 – when I had just come back from working at Sassoons in London. The salon at Box Hill was very different to any other salon in Australia. It was very art deco, and a lot of mainstream people were scared to visit because it was so different!

In those days people were so used to dry haircuts without washing. We insisted on washing their hair (to see how it naturally fell) and [at first] there was a lot of resistance – which people weren’t used to back then. There were a lot of challenges but we took it as part of our journey.

We were one of the first salons in Australia to do precision cutting. It was Leopold was the first, Edward Beale and then us that were doing that type of work. It was quite difficult, because it took time for people to accept what we were doing.

We didn’t have hood dryers, we didn’t have rollers – we came with a Sassoon concept so to speak. In those days, a lot of the salons were doing hair setting with rollers, but we refused to do that, and we avoided the use of any hair sprays.

We believed in the ethos of Sassoon and the purity of hair; cut it beautifully, blow dry it naturally. The hair cut was the number one priority and for it to be precise and well-executed.

The premise of the first BIBA Salon wasn’t huge, but it was reasonable. Box Hill was very different in those days. It was a very middle class but up-and-coming area, and we saw an opportunity and the potential to develop something there, but it was also because of logistics and that we couldn’t afford anything in a better area.

Carmel and I started the salon, and then we had an apprentice, but not long after that she was pregnant with our first child, Simon and gave birth in September. After a few of months, we hired a couple of stylists and by the end of the year we had 5-6 staff.

TJ: How many sites/staff members does the Biba family now encompass?

TJ: Talk us through the BIBA culture and approach to business.

From the very first day, coming through the Sassoon ranks it was very important to us that we were ethical about everything we were doing. Our main priority has always been supporting our staff and their professional development.

That has never changed. We’ve always focused on that and in turn everything else naturally just takes care of itself. It might sound cliché, but the BIBA staff are our family. We treat everyone as equals, not as workers.

We try and steer away from prima donnas and egotistical people, and put focus on supporting and educating our staff. In terms of our clients, we always make sure we look after them with good practice, and value for money. Our philosophy has always been don’t over promise, but over deliver.

TJ: In your opinion, what is it about BIBA that continues to attract partners, staff and clients alike?

PD: I don’t think it’s anything special, it’s just common sense and we simply focus on creating an environment that is creative, yet practical. We make sure we keep our feet on the ground, and treat our staff and clients well.

If you have people who want to come to work, you can then develop them into good hairdressers, and from there you can help them pursue their dreams. We make sure our staff look forward to coming to work, and are looking forward to challenges. When we give them challenges, we make sure we help them out as much as possible.

We have clients that have been coming to our BIBA Salons for 45 years, and also generation after generation. That’s because we put their priority first. It’s not about making money off them, it’s about making them look good and feel happy. When clients come into our BIBA salons, or even BIBA Academy, we make them feel like they are a part of who we are.

We aren’t pretentious, we listen to their problems, and have a warm environment where they don’t feel pushed or intimidated into things, but most importantly we give them somewhere where they feel at home.

TJ: What are some of your key considerations when sourcing potential business partners and staff members?

PD: I don’t source them out; 99 per cent of the time I’ve been working with them and they’re my staff members. It happens through conversations and hearing about their dreams or ambitions of opening a salon.

Then we just sit down and work out if it’s achievable and look at how we can help each other. When we look for staff, we look for people who are hardworking and have loyalty – those two things go hand in hand. Vidal Sassoon said “the only place that success comes before work is in the dictionary”.

You need to have passion, but you don’t have to have special talents – if you do that’s fantastic – but for most people, if you work hard you will get there in the end, and that’s what we look for.

TJ: What ultimately inspired you to set up BIBA Academy as local education destination for young and up and coming talent?

PD: It’s not just about young talent, but it’s a place for everybody, you can be 95-years-old if you wish to do hairdressing. What inspired me to open BIBA Academy was after establishing the first BIBA salon in Box Hill, my priority became the education of staff.

I really wanted to focus on that, but at that point the Government was monopolising the schools and didn’t want to allow other people to teach. Then in the 80s, Jeff Kennett opened up the opportunity for private educators to come into the industry, and that was my opportunity to start BIBA Academy.

I always wanted to teach and for me, it’s always been important about what I leave behind. I didn’t go to school in Australia, I learnt how to speak English from the streets, I never had capital behind me, but the industry has always been good to me and I wanted to give back and help others with their goals.

If a person can give something back to the industry and help someone become a good professional and give them a future, then one has achieved their goal.

TJ: How do you ensure all students are prepared for all facets of hairdressing?

PD: We pay special attention to each individual student and our educators work with them constantly.

We make sure that we are listening to their problems and difficulties. We teach our students how to cut and colour hair, to understand the chemicals, how to treat their clients, – but we don’t like to focus too much on all the theory and packages.

There’s a big number of colleges out there where people are coming out with a diploma or certificate, but they haven’t done a single cut or colour on a live person and yet they’ve passed as a qualified hairdresser.

We believe practice is the main element and give them hands on experience on live models, not just mannequins. We are one of the few hair education organisations that are very hands on, and the students at BIBA Academy all do a lot of work on the floor.

We don’t let anyone pass unless we know they can deliver, and in return our students are always getting jobs.

TJ: What have been some of the biggest obstacles you have faced in business ownership?

PD: There’s a lot of pressure that comes with running a business; there are obstacles every day (especially when you’re working with humans).

It’s not so much an obstacle so to speak, but I think that our biggest priority these days is mental health and taking care of the mental health of managers, staff, educators and students. There is a lot of anxiety [in our current world] and not just because of COVID.

[It can affect you] whether you’re a hairdresser, doctor, rockstar or lawyer. Hairdressing is hard work in general; it’s not a lot of pay until you become successful. You work late nights and weekend; mentally and physically – it’s not always easy.

We try to look after our BIBA family as much as we can – and also raise money for mental health organisations such as Beyond Blue.

PD: For me, this would have to be working with (mentoring and educating) underprivileged young people in Romania with UNICEF and WELLA for Making Waves. It really made me think about how privileged we are, and it made me rethink my values. For BIBA Salons; every day is a triumph.

TJ: What’s next for BIBA Salons?

PD: What’s next? We hope that everyone comes out of lockdown healthy, and feeling supported. With COVID, we are living in a very unusual time – and it’s too hard to plan anything too far into the future. For now, the plan is to remain positive, stay in contact with our staff, and to focus on the present.