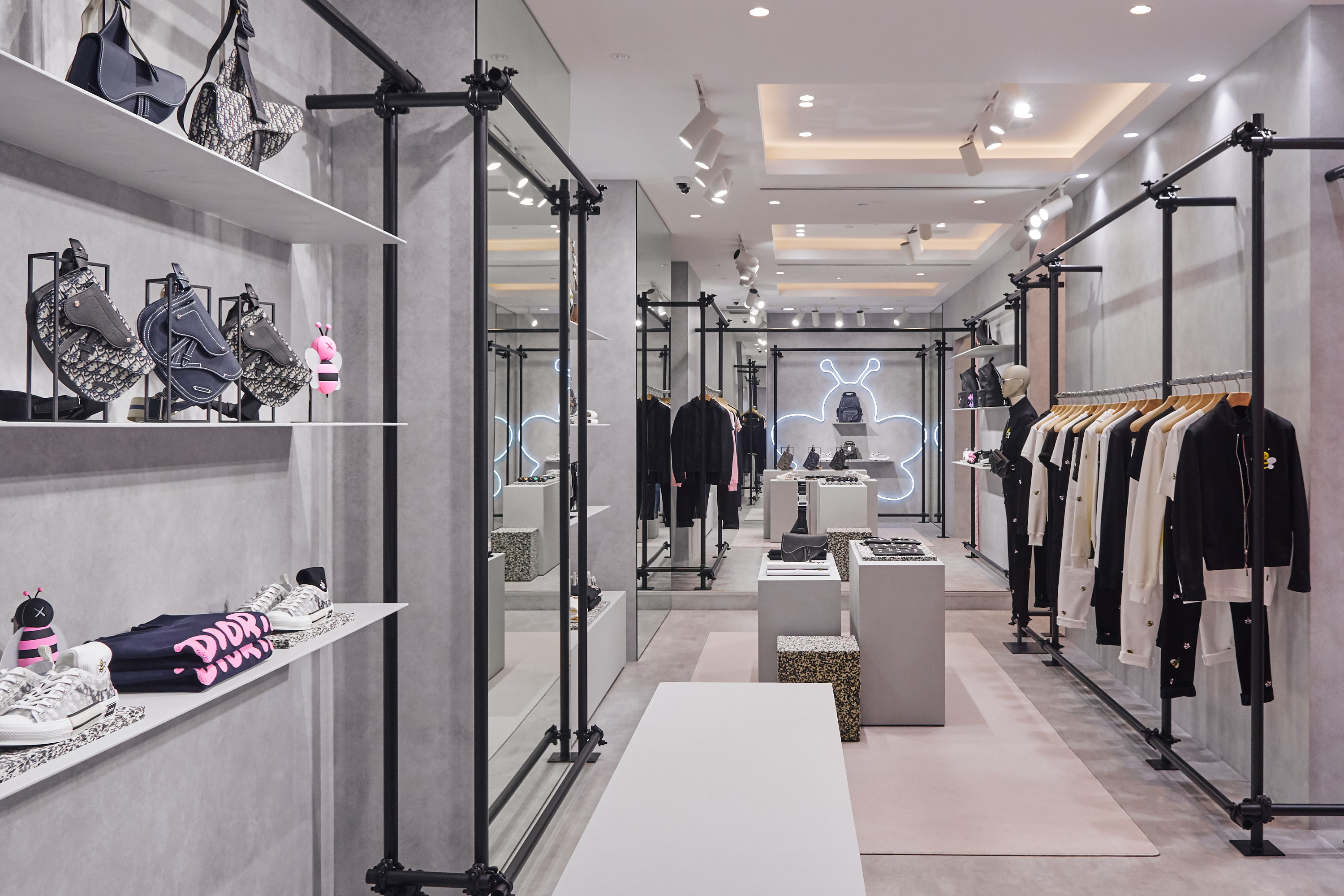 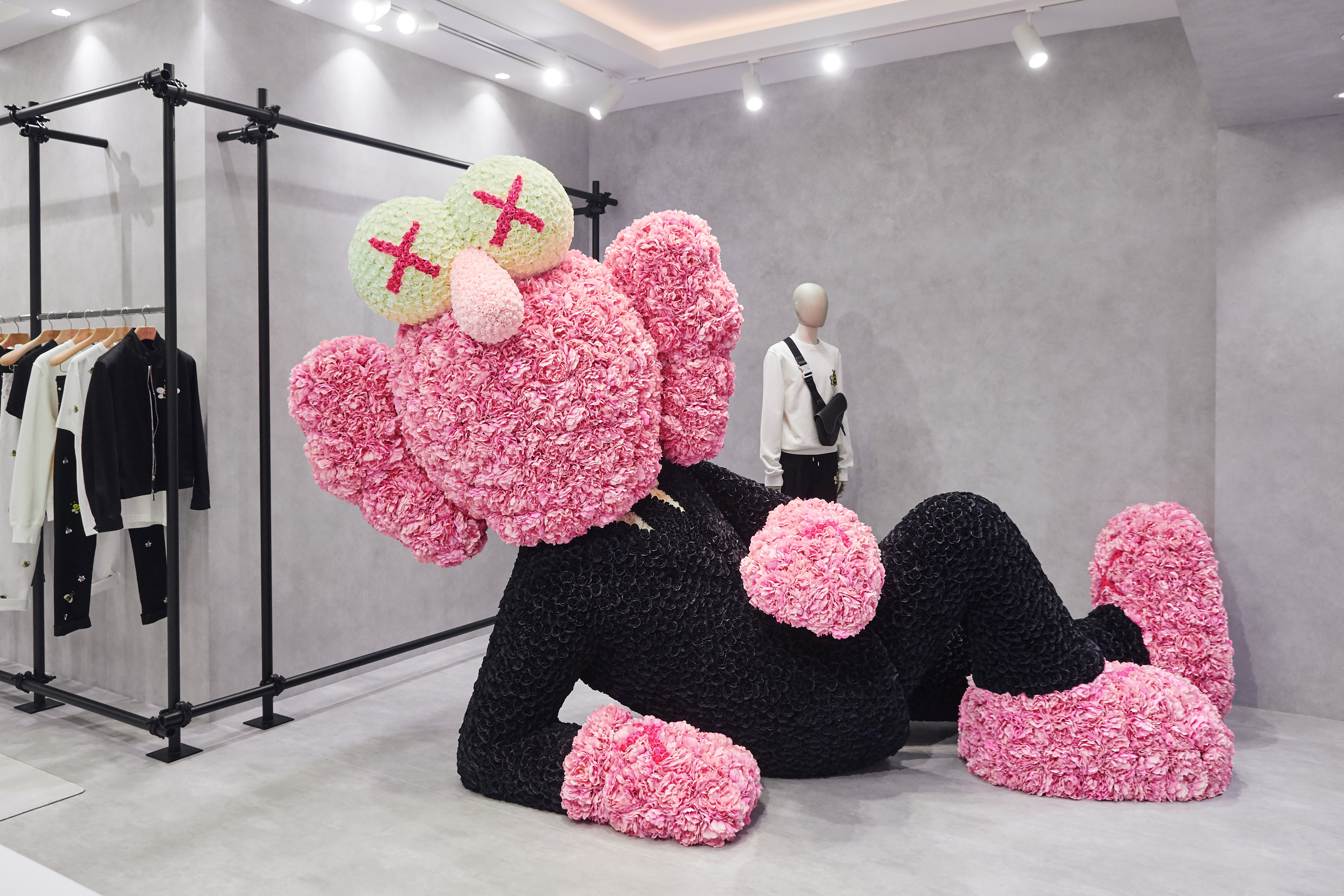 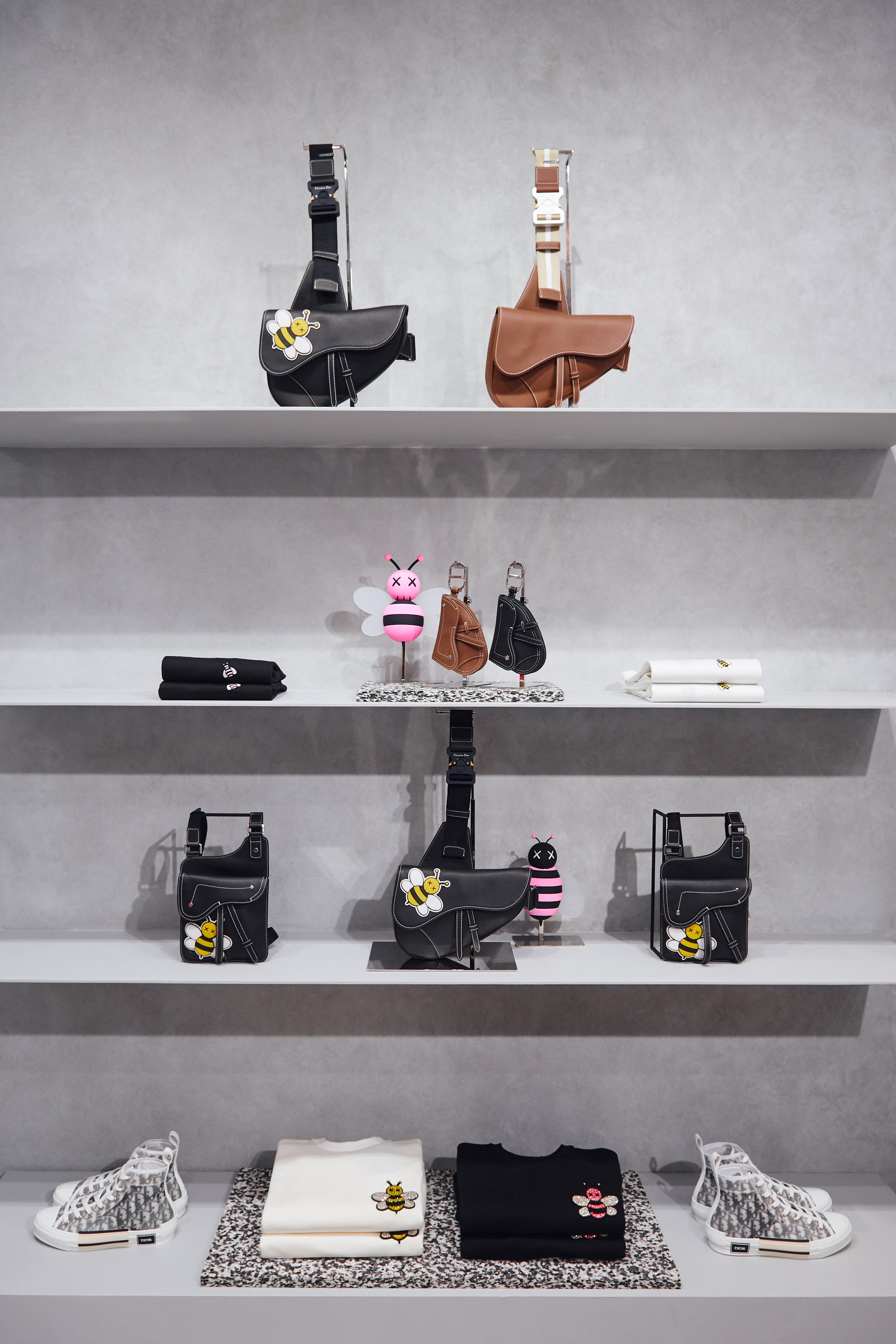 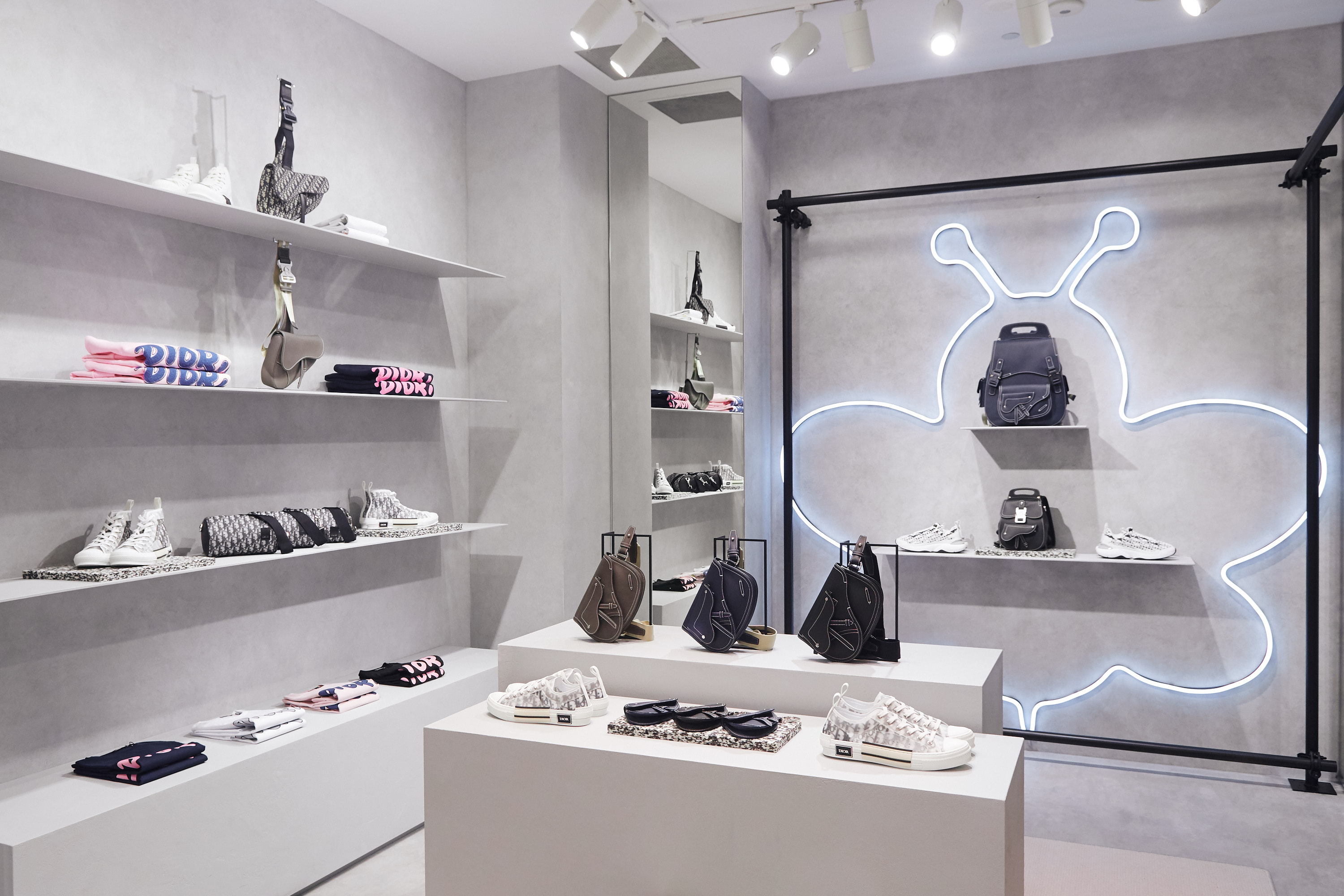 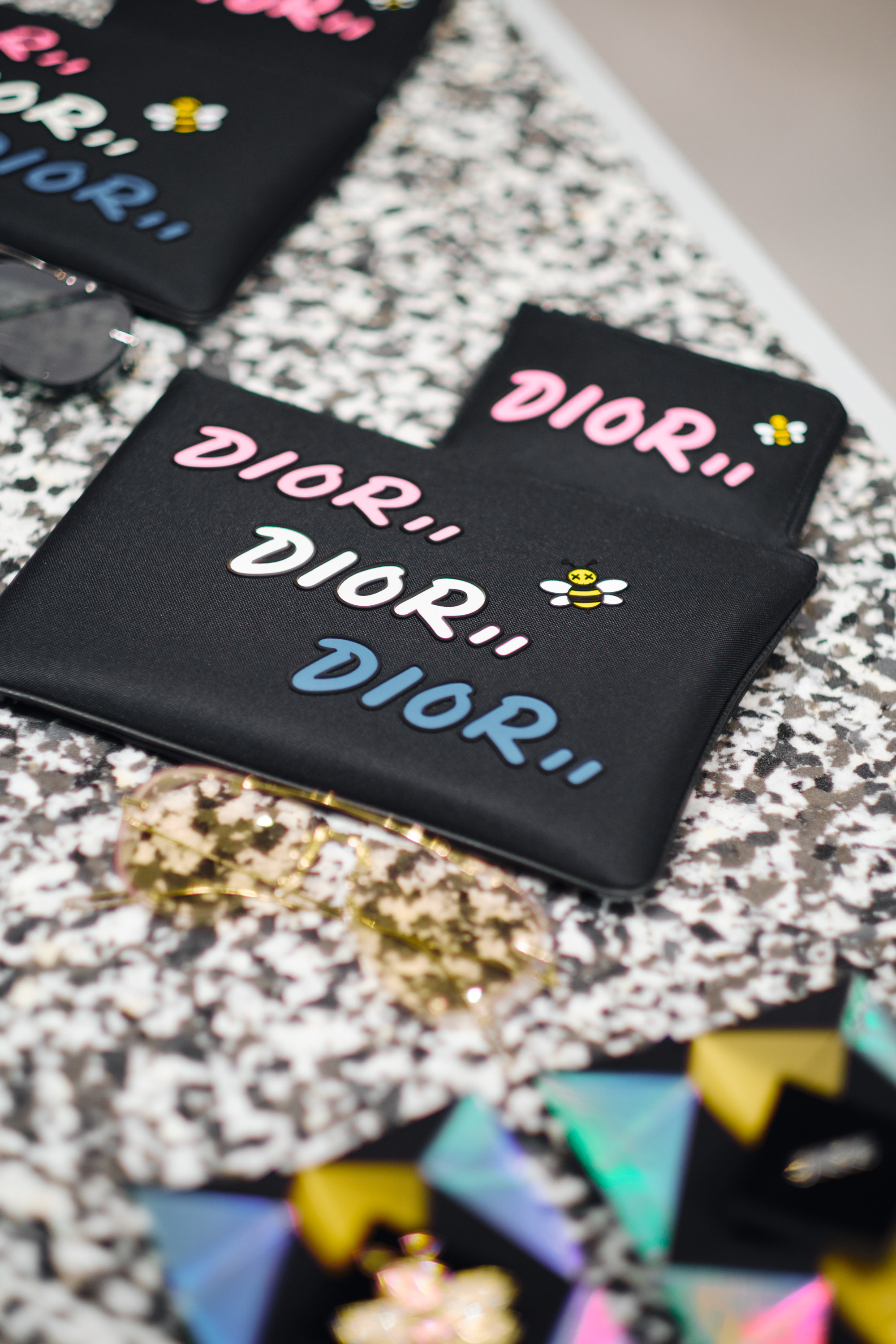 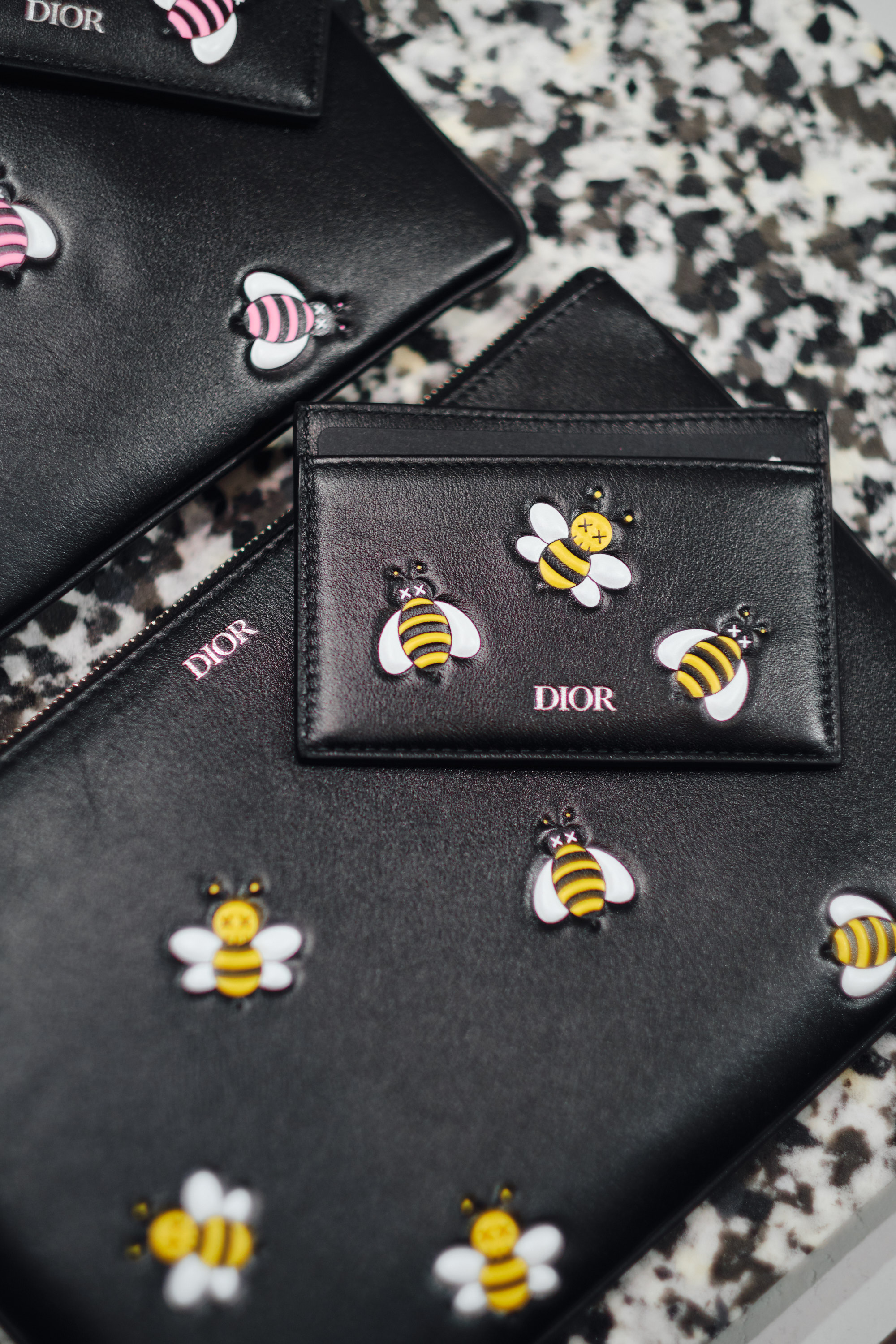 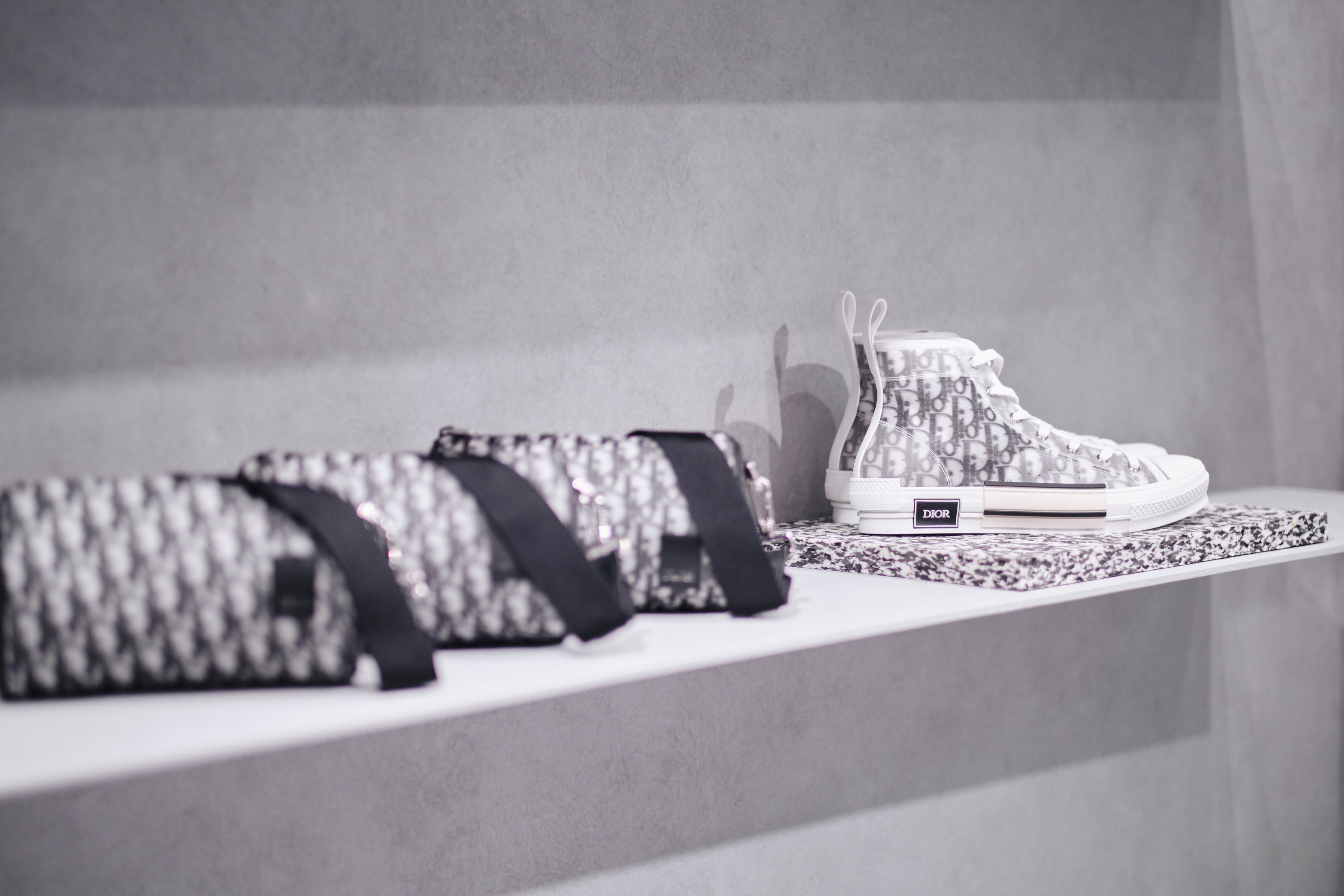 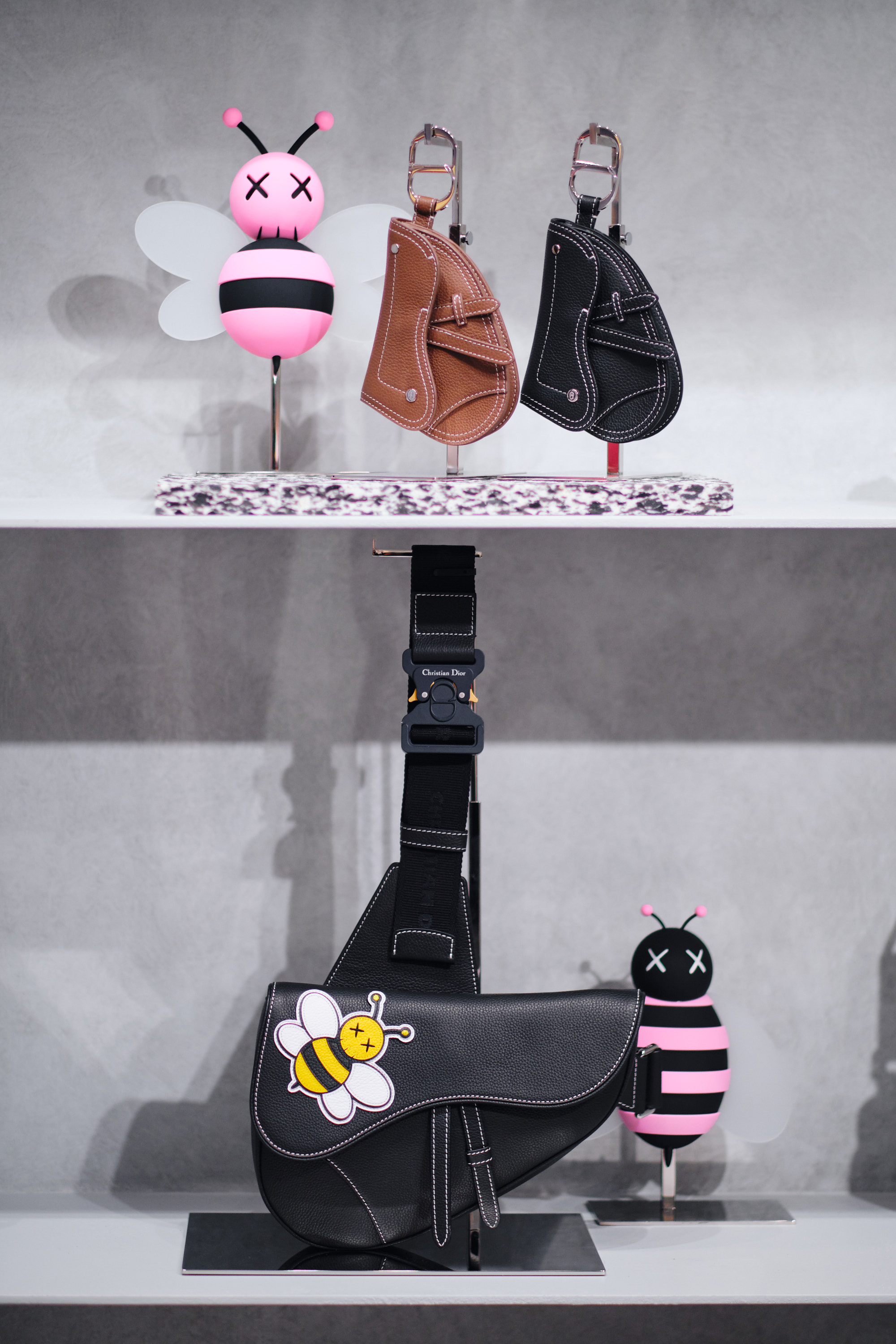 To celebrate the launch of Kim Jones’ first collection, Dior is hosting a dedicated Pop Up installation inside their flagship Sydney boutique.

Jones’ Summer 2019 dalliance with the artist also features kewpie-esque, cartoon-hued bee motifs (cross eyed, as is Kaws’ MO), many of which may be found artfully scattered (or bejewelled) across this season’s garment, accessory and jewellery portfolio.

Pourquoi, you may ask?

More than just a charming cipher, the humble bee acts as a relic of couture dreams past.

A former Maison staple; it’s an emblematic nod to Monsieur Dior’s inimitable design legacy (CD was notorious for his penchant for nature and ‘femmes-fleurs’), one that, not unlike Kaw’s re-imagined florals, serves to heighten Jones’ inaugural creative sojourn.

“It was all very, very fast; we had done everything in two months,” Jones said of the design process. “I went into the [Dior] archives very quickly; we have someone in the studio who had [access to] to a lot of research.”

“Everything that we looked at was personal to Monsieur Dior, [rather] than the actual collections he did. We wanted to look at this as a starting point; that is why we have the statue of Mister Dior, BFF, with his dog Bobby.”

Other nods to Dior’s rich, tapestry of haute moments include the re-emergence of the brand’s statement ‘saddle’ bag (which sees it’s first male iteration as a cross body staple) as well as inverted, interior details and exposed linings – an artful, albeit discreet salut to the abstract.

The Dior Men’s Summer ’19 pop up boutique will be open until 31st March 2019, and is now live at 67 Castlereagh Street, Sydney.