I’ve stood my ground and I continue to treat patients whom I believe should be treated, even if everyone else says its futile. 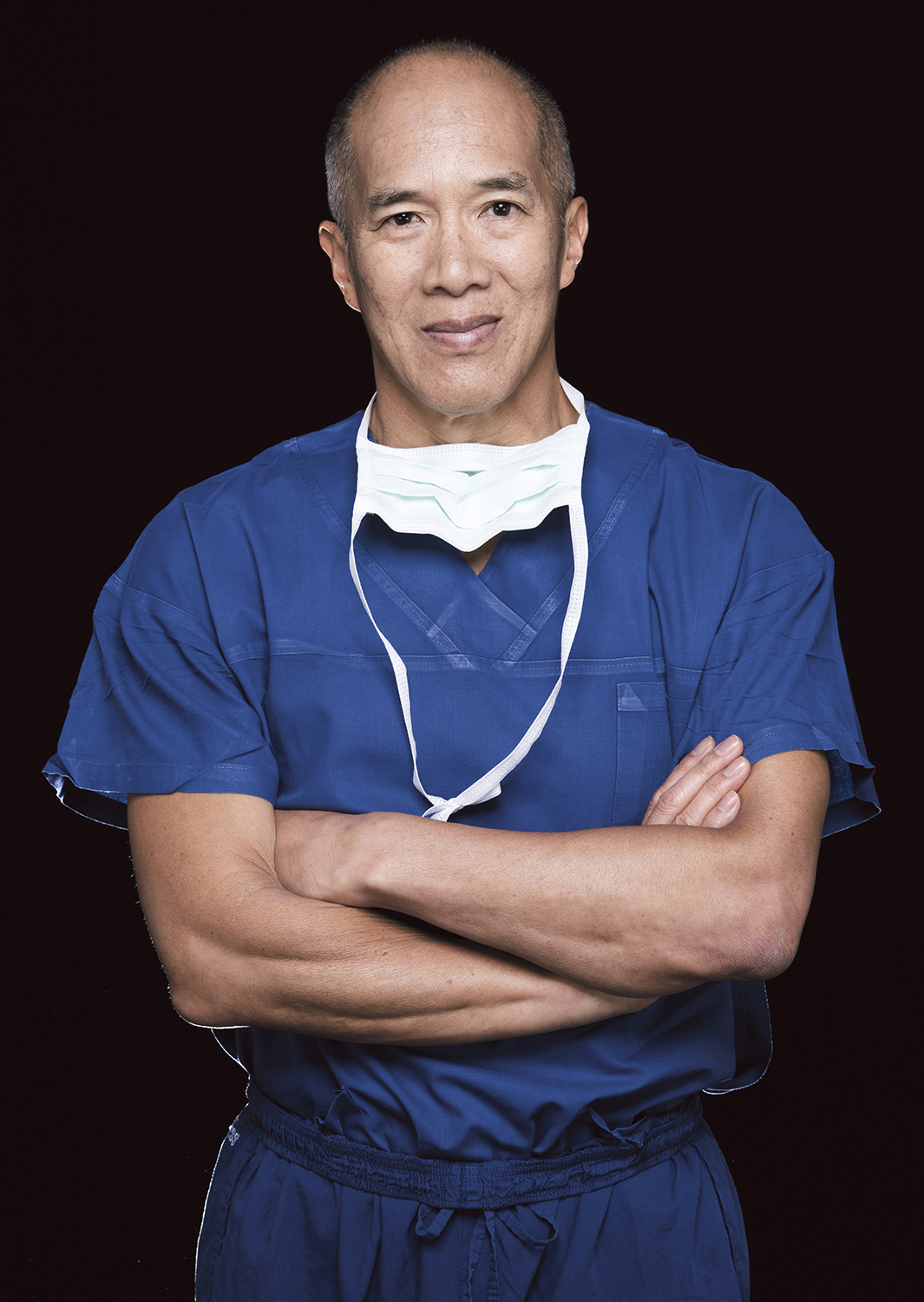 This year, the Australian Hairdressing Council is teeing up with THE JOURNAL on a dynamic initiative with the Charlie Teo Foundation.

Kicking off this March with a national campaign titled Charlie’s Angels, the initiative will see the raising of much needed funds for the CTF’s trailblazing research efforts – in the areas of brain cancer and neurosurgery.

During the month of March, participating salons will invite their clients to make a $2 donation for each and every service, with the final raised figure to be announced at this year’s Australian Hair Fashion Awards.

To coincide with the initiative’s nationwide launch, we caught up with Dr. Charlie Teo, for an insight into his pioneering mind. Pun intended.

The term disruptor is one perhaps best reserved for a certain few. A rare breed of entity seized by a boundless curiosity; a wild, insatiable yearning to amend the current state. Those who ceaselessly fracture the parameters of modern thought and reason; challenging the very systems by which our society functions.

Neurosurgeon Doctor Charlie Teo is just that. And then some. A modern maverick who’s rupturing the medical zeitgeist with each surgery, project or initiative he principals. A (humble) hero of our times; Teo is renowned for his radical approach to medicine, taking those cases deemed inoperable, hopeless, and granting a second chance to many – in spite of his myriad critics.

Upon chatting with the charismatic trailblazer, it’s clear that he carries a certain vigour; a vitality that transcends his 60 years. His is a brain built for change; a spirit that won’t quit.

“I didn’t emerge from poverty or hardship,” Teo recounts with characteristic candour. “You could say mine was a very fortunate up-bringing”. The son of first generation immigrants (Chinese by way of Singapore), Charlie’s academic journey began at a young age. “Growing up, education was always emphasised and there was a lot of pressure to work hard and excel. I don’t know if it was in my nature or not, but I knew I had to perform”.

Nature or nurture, it’s a move that paid off. After completing his schooling, Teo commenced his medical studies before shifting his attentions toward Neurosurgery. “The hardship really started when I entered into Neurosurgery. I realised there was a lot of politics in medicine. Many doctors had lost their moral compass or were in it for the wrong reasons. I started to clash with the medical fraternity because many of them did not share my altruistic approach to health and medicine”.

Still, Teo persevered – relocating to the US where he was embraced for his cutting edge approach to Neurosurgery. From there, he soared through the ranks, reaching Professor status, before returning to Australia in 1999. “For the last 20 years it’s been nothing but fighting with the conservative medical fraternity. [But] I’m still here. I haven’t compromised or [succumbed] to political correctness. I’ve stood my ground and I continue to treat patients whom I believe should be treated, even if everyone else says it’s futile”.

Therein lies the surgeon’s most admirable attribute (besides his clinical dexterity, of course): a blatant refusal to quit, despite the ever-stacking odds.

Outside of his surgical endeavours, Teo has raised over 20 million dollars’ worth of funds to facilitate the research and treatment of Brain Cancer; a silent killer. “The fact is, Brain Cancer has the biggest socio-economic impact on society than any other cancer,” Teo reveals. “It kills more children than any other disease in Australia – claiming more women under the age of 39, and men under 44 than any other cancer. Yet despite these statistics, it remains the least funded”.

Teo attributes this harrowing disparity to both a medical conservatism, and what he describes as a ‘self-perpetuating prophecy’ amongst naysayers. “Conservatives are quick to question the funding of Brain Cancer research, given that the surgery is incredibly risk adverse and so many people are continuing to lose their lives to the disease. Despite our best research efforts, we’ve made little progress over the past 50 years. If we continue to [neglect it], this will only continue”.

The journey’s a long one, but Teo retains his trademark tenacity; “We need to start the conversation; it’s all about awareness. One of the worst things about Brain Cancer is that it so often goes undetected. The most common symptom is a headache, and it can take 8 months for a diagnosis to be reached following symptom presentation. Time is short, we don’t have much money – let’s try to be disruptive. Sometimes we’ll come up with nothing, but [in time] we’ll find our answers”.

To register your salon and/or keep up to date on all things Charlie’s Angels, visit: https://mailchi.mp/132f0aca560b/charlies-angels-salon-registrations