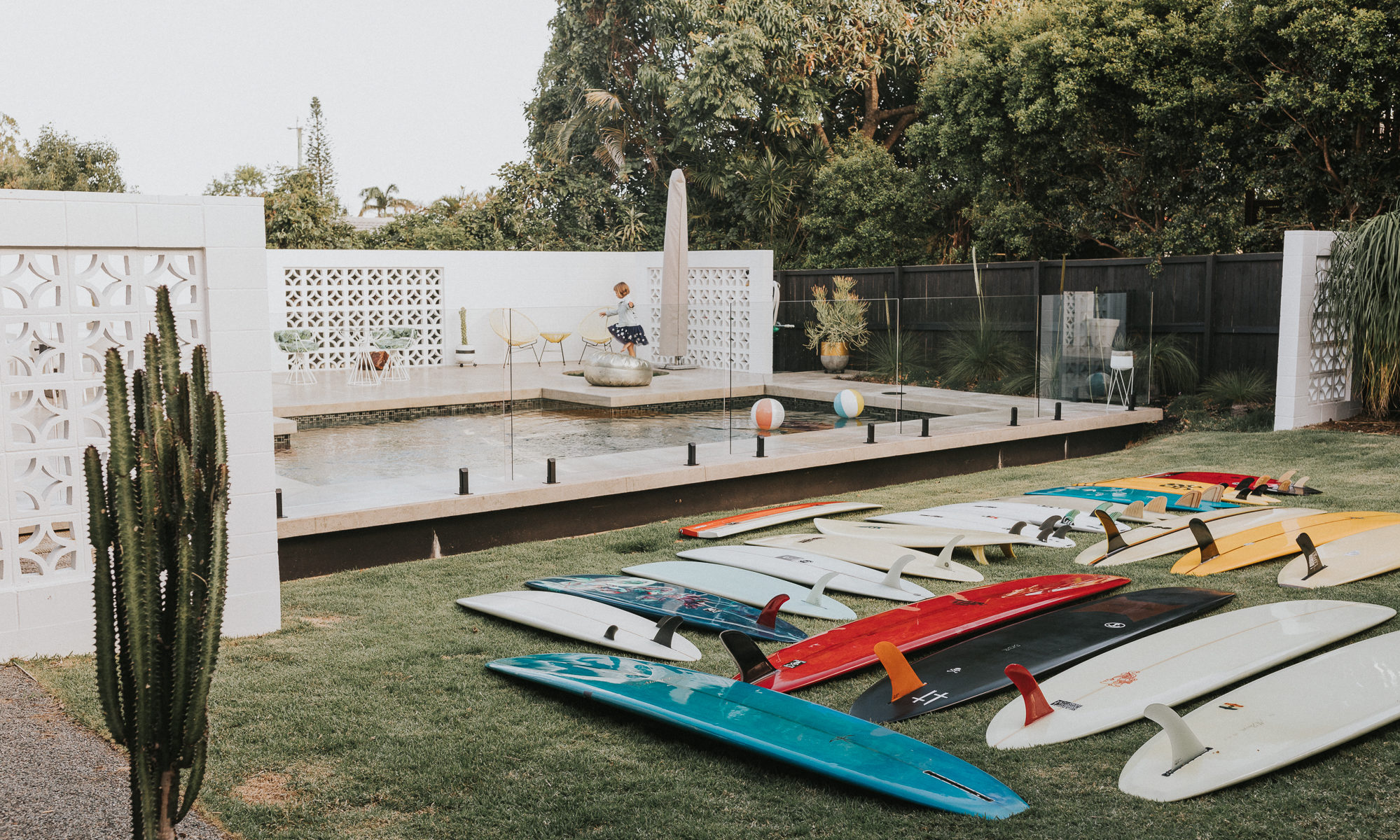 We explore the oasis that is home to four-time Australian Colour Technician of the Year, Matt Clements and his family of four. His fastidious nature extends far beyond hair.

If you’ve ever cast an eye over Schwarzkopf Professional International Colour Ambassador Matt Clements’ multi-award winning colour work, you’ll know he’s a stickler for details. There’s a clear, long thought process behind each look, each collection, yet you get the feeling instinct plays a leading role, too. No different is he and wife, Kristin’s approach to ‘life.’ A visual feast of design-influenced moments, a fire for perfection and penchant for purity.

12 years married and avid surfers, Matt and Kristin always knew they’d live, love and work by the sea. Testament to the power of visualization, a 20 year old Matt put down in writing his dream of owning a salon overlooking the ocean, detailing: “somewhere that looks over Alex (beach) would be amazing.” The Assembly is located on Alexandra Parade, Alexandra Headland, right next to a surf shop. It’s outlook? Alex Beach.

This was the beginning of The Clements’ in Buderim, and before too long, another fateful opportunity marked their presence official.

“We always said, that ‘when we eventually buy a house, it will be a fifties, post-war Californian-style bungalow.’ We weren’t even looking to buy, and then that exact house came onto market just 5 kilometers from the salon.”

“Not serious, we put a stupidly low offer on the table and within hours, they accepted it. We owned the place six weeks later and couldn’t quite believe it, we didn’t have any money!”

But as the adaptable species we are, Matt and Kristin made it all work, proceeding to evolve the three-bedroom space to suit their style and precious finds from around the world. The Clements’ style is certainly, for lack of a better word, eclectic. There’s the classics, the vintage finds, designer investments and the downright whacky. It’s a mid-century hinged illustration of what makes these creatives tick – where they’ve been, where they want to go, who inspires them and of course, an insight into their most treasured memories.

“It’s not about creating a stage set. I like really nice designer pieces and then items I’ve picked up for $10 at the tip. There are people who can afford to walk into Space (furniture) and buy everything, but it’s so easy to tell if someone has just bought the room or if they’re actually living in it.”

From the old records (this family love David Bowie The Cure & Joy Division) to Sixties surf photography, Clairy Lawrence ceramic girls’ heads, flowers filled with skulls and towers of books, this is one interior set not available to purchase and place.

One of the Matt and Kristen’s favourite pieces is a large bowl by a Dutch designer Thorsten Van Elten that the pair picked up on their travels. It’s made out of mini plastic army men, melted together as one. Another showpiece is an early David Bromley (artwork) and if Matt could purchase any item tomorrow, it would be a Grant Featherston chair.

“I love mid century but I also love ultra modern design. If we could live in a glass and concrete box, we would. I perceive design as one, whole thing. From music to hair and fashion and my 22 surfboards, it’s all one.”

Not unlike the attention to detail so apparent in his work, it’s the story and the intention of the product that Matt finds most compelling. One can only wonder why 22 surfboards are indeed necessary.

“They’re all so different and every day in the surf is different. I’ll only surf a board the way it was intended to,” he says.

“I have boards from ’66 and the 70s, and I make it my mission to find out who made them, where they were made and each consecutive owner before me. I like to read each chapter of the story, before my own.”

Seemingly laid back, Matt is fastidious about details and for good reason. He feels it, “keeps things alive,” and for one two-door 1959 Chevy Impala, the story is real and kicking.

There is no doubt Matt and Kristin have manifested their own little oasis called home and for Matt, while work will always hang on the heavier side when it comes to that balance we all seek, it’s a sure way to evoke the good vibes.

“At the end of the day, it’s a house built in the Fifties, it still needs a lot of work and we’ll get to that over time – there are lots of imperfections – but that’s the cool part. It’s not about the things, it’s the things that make the environment.”