I like to push the boundaries as much as I can. There will always be people who like it and others who don’t, but working in this way allows me to be myself. 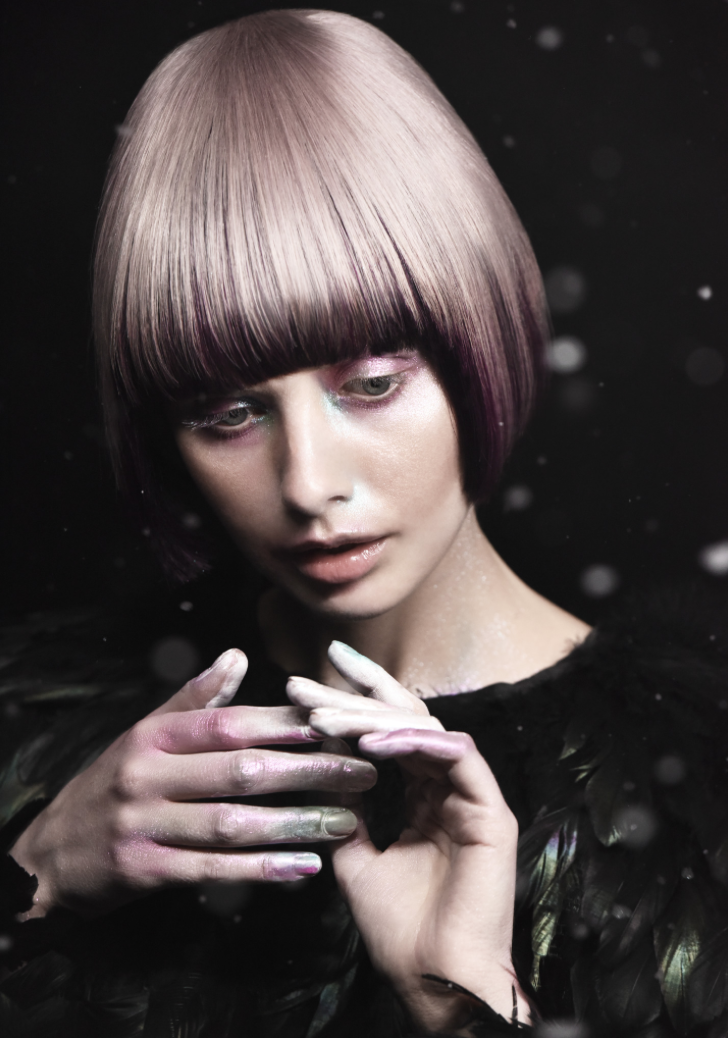 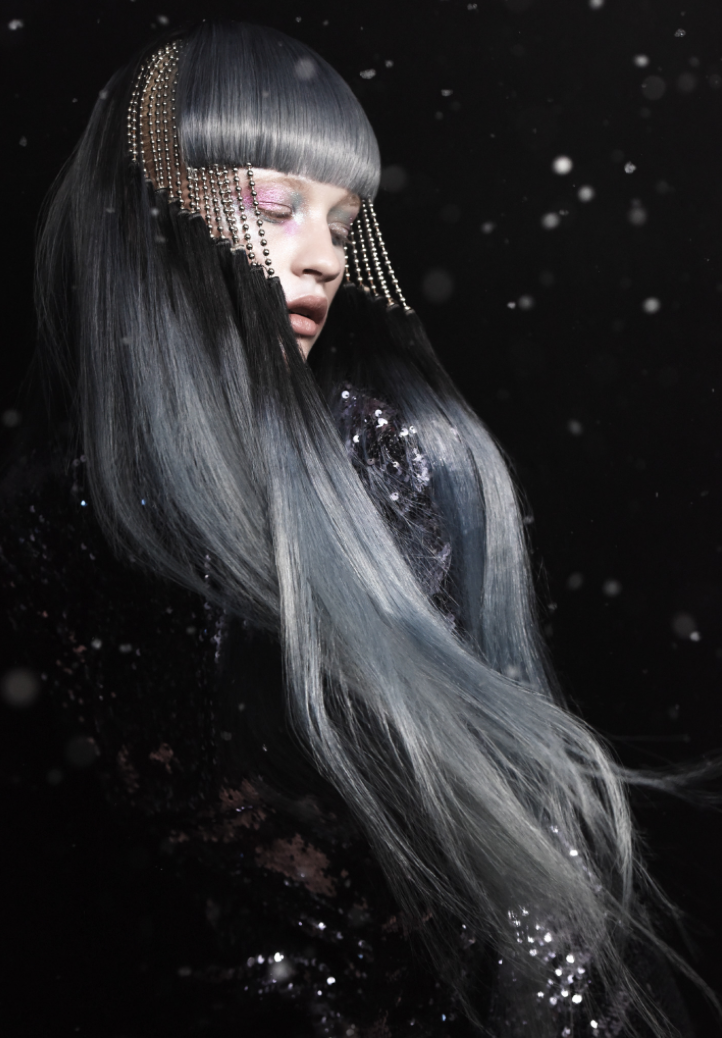 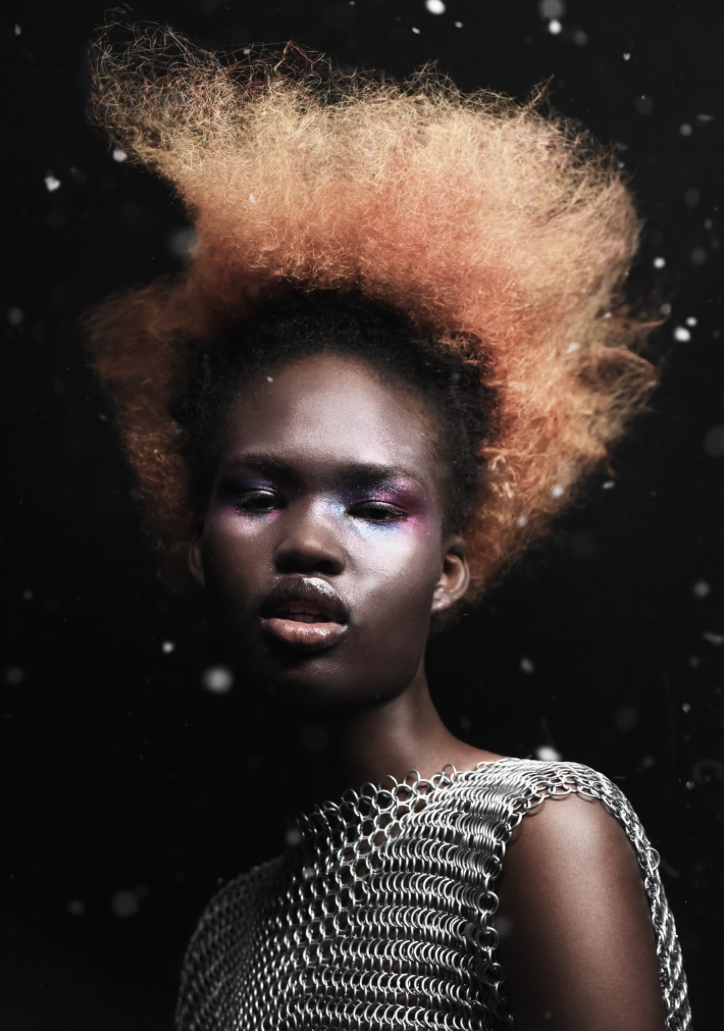 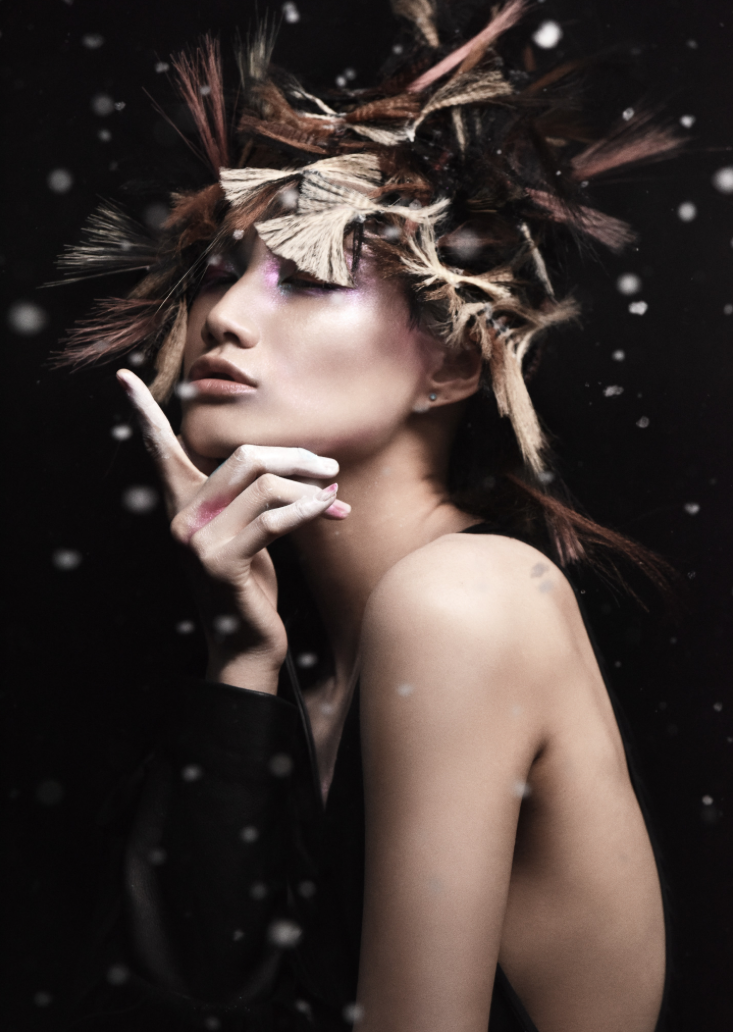 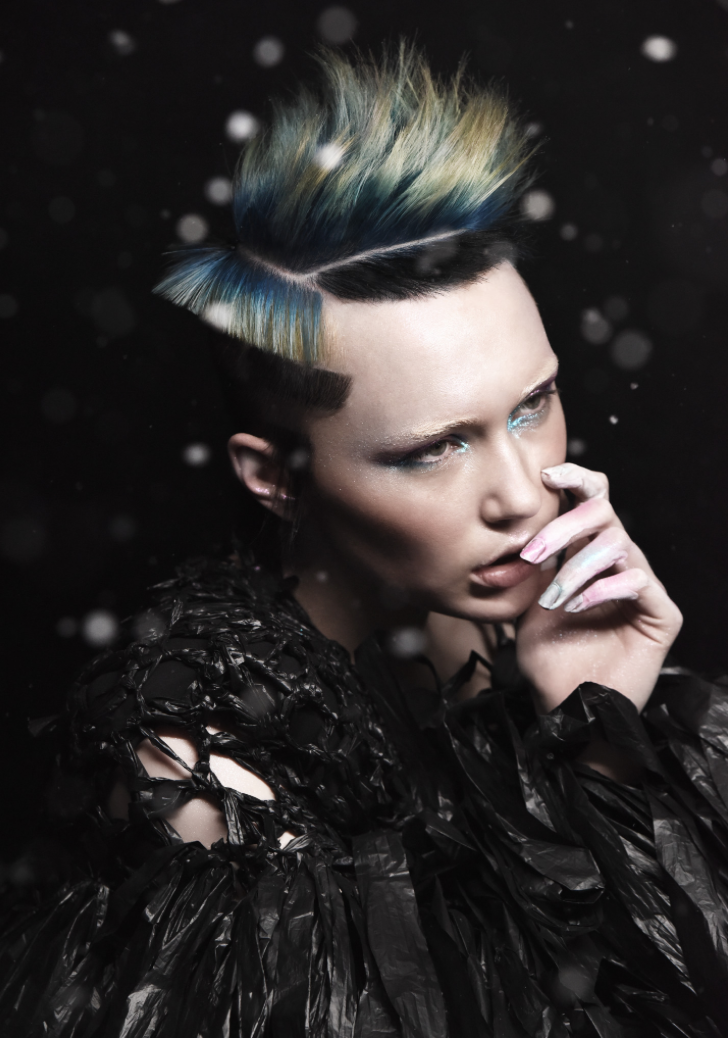 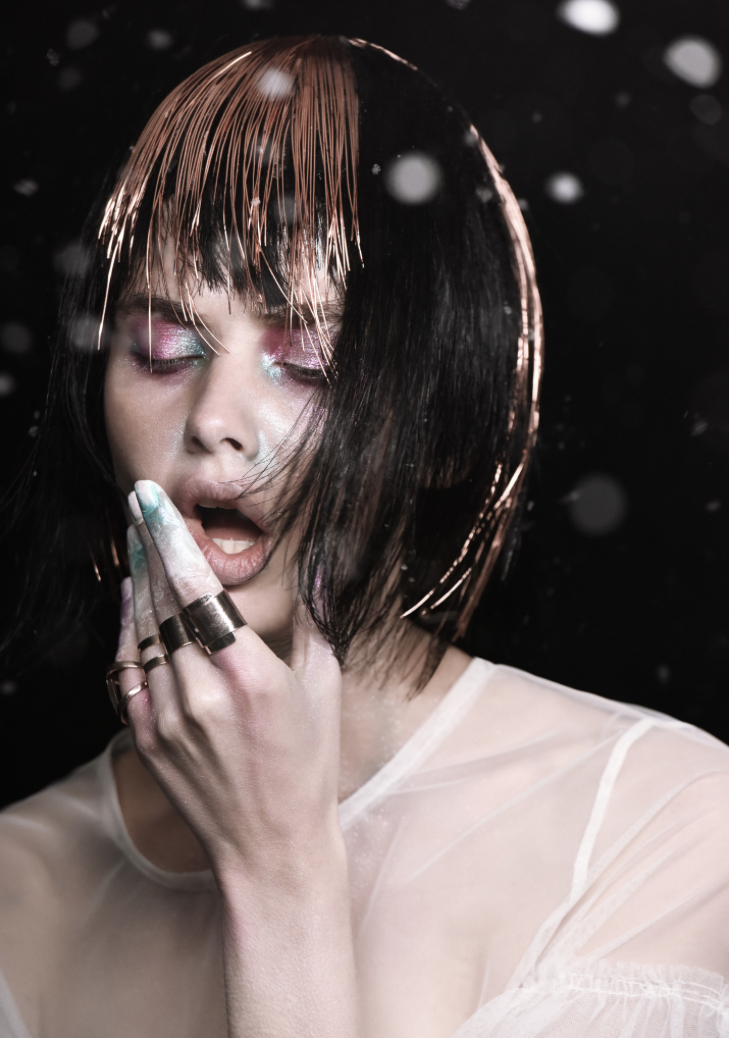 He’s the Israeli livewire with a penchant for theatrics; a cosmically fated artist who’s boundary pushing vision and technical dexterity are as much the products of innate talent as an enduring commitment to his craft.

This off the back of multiple award nominations, a packed Bondi salon and education schedule plus a host of local wins including AHFA NSW Hairdresser of the Year in 2013 and AHFA Artistic Team of the Year with Intershape in 2017. Evidently you can’t keep a good creative down.

“I found out I had won two weeks before the event,” Kobi said of his latest accolade. “I was so overwhelmed to have won such a prestigious title. To be recognised by all the judges and so many of my peers; it’s something I just can’t put into words. It’s a big acknowledgment of my work and creativity – it’s crazy!”

Crazy indeed, as all great feats of magic are. It’s a Thursday at Intershape and Bokshish is relishing a rare moment of calm amidst the chaos, recounting his time in the Canary Islands and the lead up to his crowning. Upon chatting with the hairdresser, there’s a sense the win’s imbued with an ounce of incredulity; a quiet modesty amidst the hum of hairdryers and mid-morning chatter.

Not quite what you’d expect of a man renowned for his confidence, but Kobi’s trepidation; his measured conservatism in the face of such a victory stems from both his unorthodox approach to image making and an unabashed propensity for creating work far often misunderstood by mainstream standards.

“My direction is typically quite aggressive and I’m always fearless when it comes to my collections. I like to push the boundaries as much as I can. There will always be people who like it and others who don’t, but working in this way allows me to be myself. For me, this award reflects the fact that it really is okay to be yourself.”

“In the salon, the looks I create are typically quite commercial,” he continues. “When I’m educating, it’s always very precise – very Sassoon. Precision cutting is a big priority for me. With my shoots and shows, I go wild; I like to push things as far as I possibly can. To do this, you first need to know the basics.”

Therein lies perhaps the greatest key to Kobi’s character. A life tactic that continues to inform his approach to hairdressing, and creativity at large: work hard (so you can) play harder.

“One of my favourite quotes is from Picasso: learn the rules like a pro so you can break them like an artist. What’s happening in the industry at present, is that a lot of people are trying to break the rules without learning them and it shows in their work. Take Angelo (Seminara) or Eugene (Souleiman) for example. They’ve mastered the rules so they can push things that bit further and make it cool.”

“I love the process of creating new trends and collections because the sky really is the limit. Sometimes I’ll dream up a new look and start building on it that morning. I’m always finding new ideas – whether I’m in an elevator, the beach or my car – and I work very closely with my team to develop them. If I’m not travelling on a Sunday, I like to come to the salon, put the music up, have a shot of tequila with my team and start creating cool stuff.”

“The more you work at it, the more you watch things build. I can’t really say what goes on in my head because it’s very instinctual. The more you know [however], the less fear gets in the way. I have a fundamental understanding of the craft and for this reason, I can really push myself and my art. That’s my biggest piece of advice to the next generation of hairdressers; learn the rules so you can break them.”

“Once you understand hair, that’s when you can really push things. There’s a geometry to it, an architecture. Research. Google. Go to classes; even if you’ve been in the industry for 20 years. I couldn’t do any of these crazy things without a knowledge of my craft. [Likewise] I’ll never just teach a haircut or one look; I’ll always teach a system. If you give a hairdresser a system or philosophy, they’ll take this knowledge and create whatever they want. That’s the legacy I want to leave behind.”

As for the foreseeable future; “I’m booked for a number of shows with Matrix and I know that live019 with TCT is going to be huge! I was privileged enough to shoot with a Spanish magazine called Showroom as part of my win. I work nine days a week… and when I’m not working, I’m enjoying every second I can with my family. It’s important to keep working, pushing and grinding; it will all pay off. I’m so humbled for this latest accolade but it won’t make me stop. I’ll just be pushing harder.”

Words to live by. 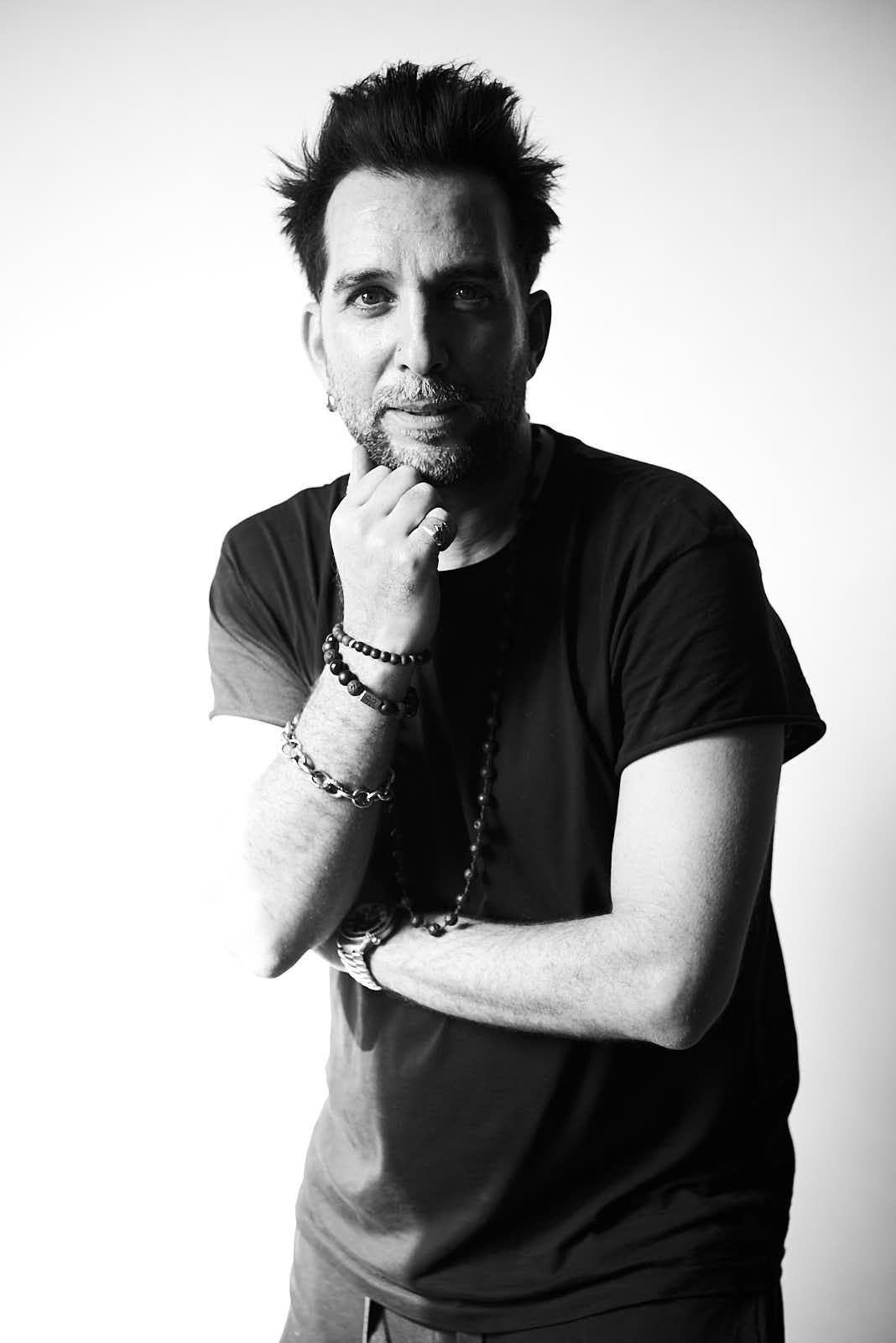