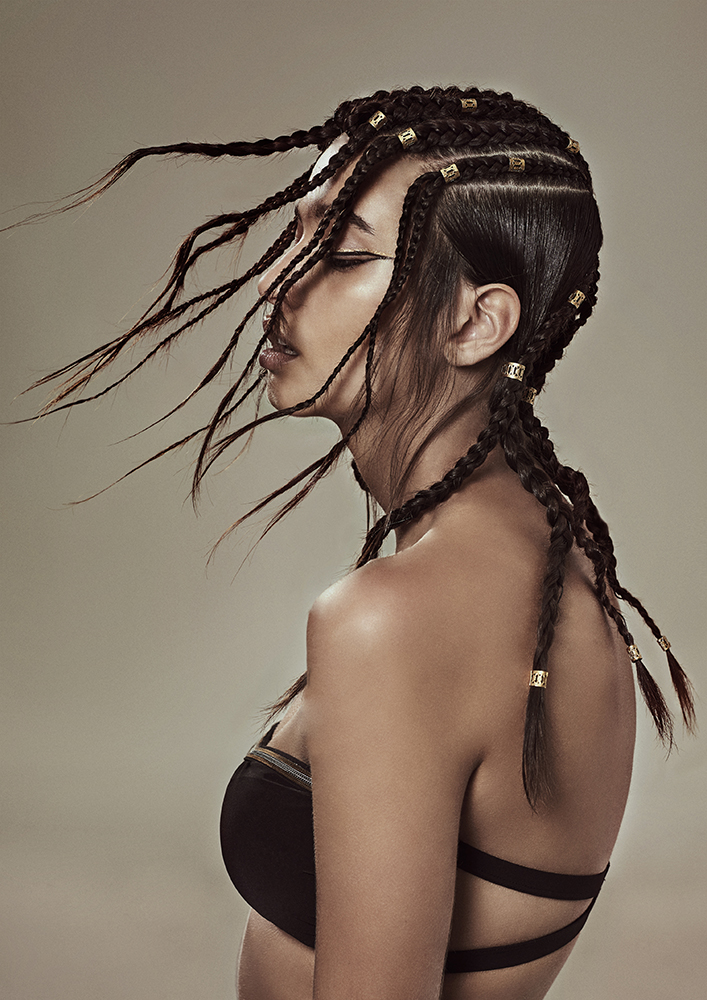 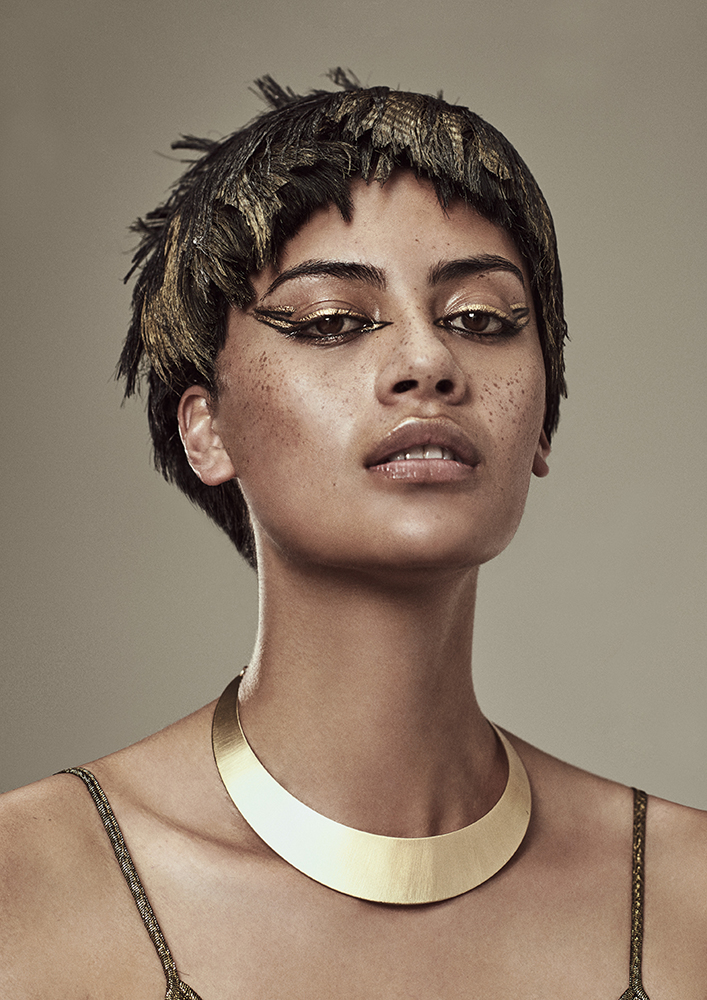 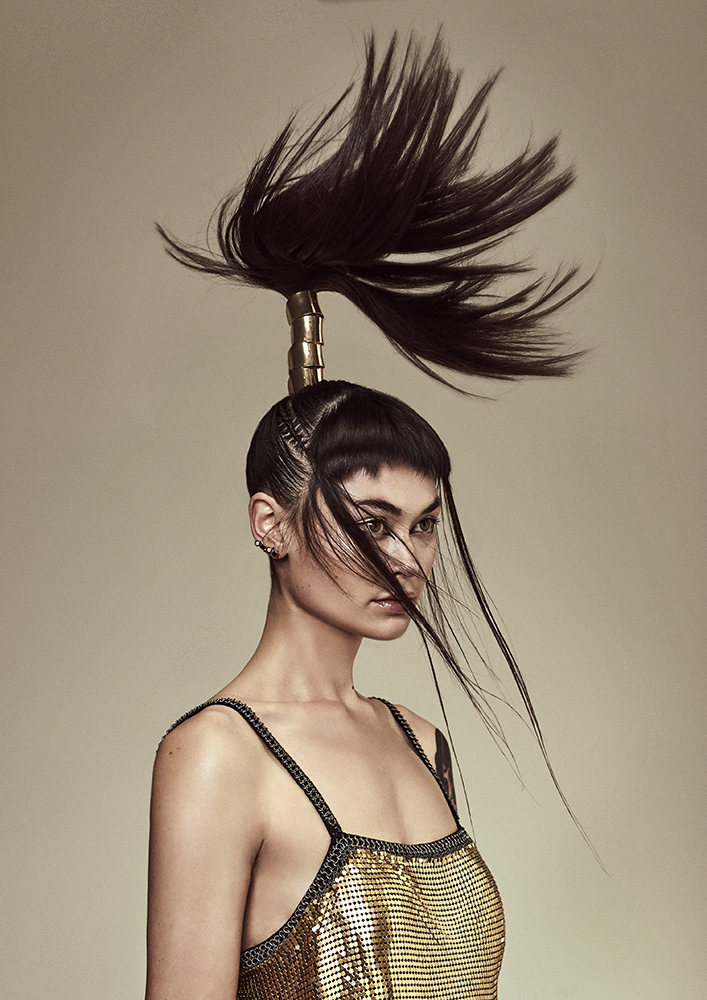 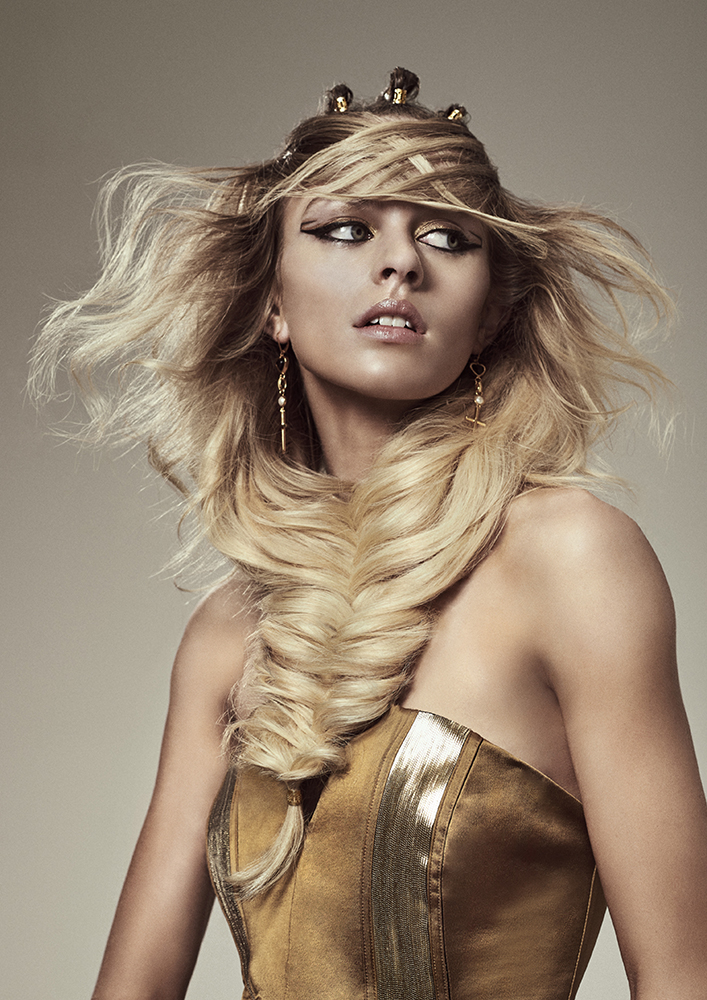 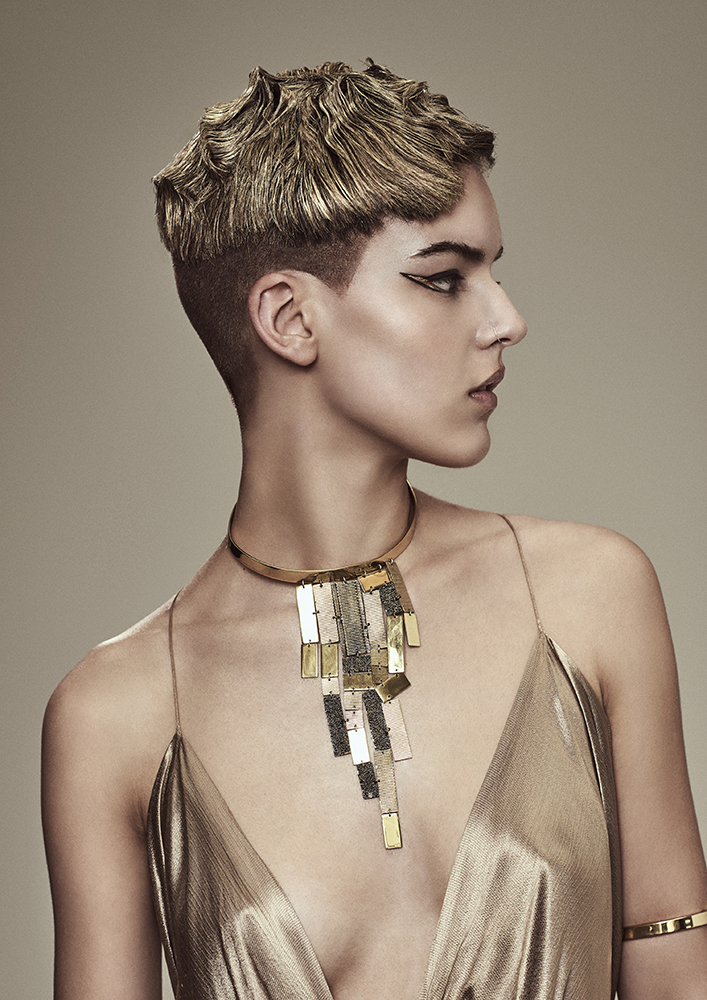 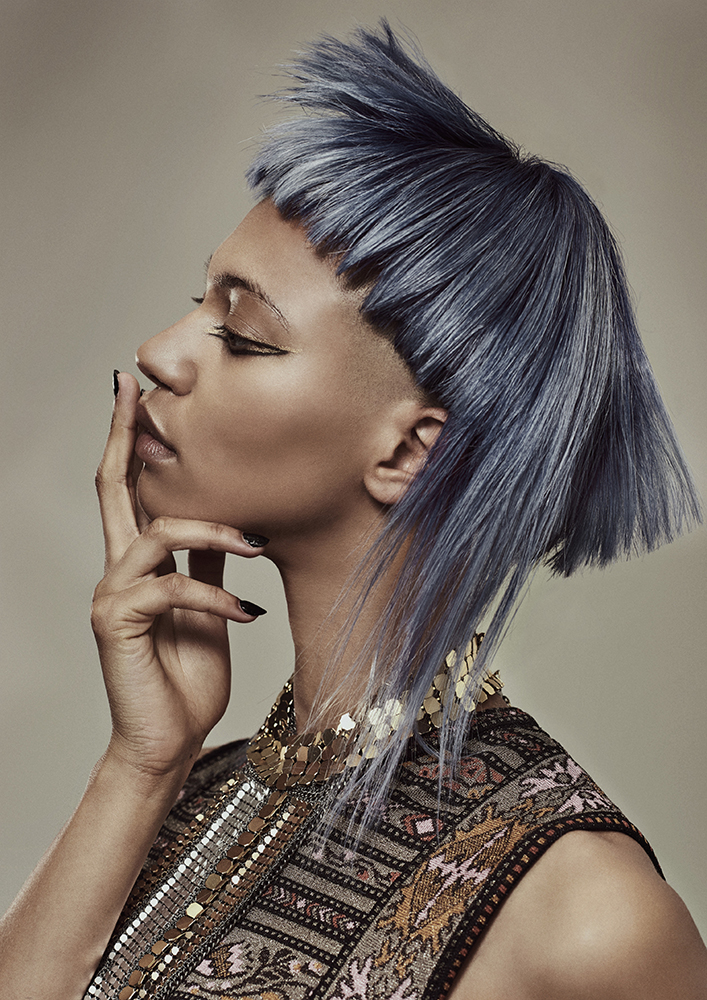 It’s not often the world of hair melds with the immigrant’s journey in creating a harmony of hope and purpose – but in the case of Elie Kashi, the tale is one of fortuity and beauty.

What started as a simple extracurricular activity with an uncle would eventually lend itself to a vehicle of expression, a road out from the terror born Syrian environment that Elie called home.

It is no wonder then, that the 2018 AHFA Apprentice of the Year finalist creates an aesthetic that embodies his own search for freedom and expression; “When I cut hair… when I touch hair… I think in hair. I forget everything else. I live my personal life outside the [salon] doors, but once I’m on the floor, my focus is on the hair.”

It’s clear when speaking to the 24 year old that he carries a sense of vitality and vigour – almost to spite the volatility of his past. A student of the craft, Elie is a millennial testament to the old cliché of learning on the job, placing him in a position many would frustratingly balk at.

Upon arriving as a refugee, Elie started at a small salon in Merrylands (Western Sydney) while concurrently partaking in a 3 year TAFE Course (despite multiple years of training in the Middle East). A humbling process; “I accepted I was at zero, and I knew I couldn’t climb the stairs unless I started again.”

Elie quickly advanced from star student, to self-proclaimed substitute teacher of the class; he laughs while reminiscing on the days when he “would teach the kids how to blow-dry hair while the teacher played Solitaire.” True story. “I come from a family of hairdressers and as a kid, I used to visit my uncle’s salon – just to be there. After school hours, I learnt and practiced alongside him until I was ready to work on clients. My time at TAFE was really just about obtaining the certificate I needed to work in Australia.”

It’s the location and environment that Elie left behind that gives the greatest insight into what exactly motivates his artistic and professional endeavours. In 2011, an outbreak of civil terror in his hometown of Homs, Syria left Elie a prisoner in his own land.

The hair stylist delves into the nightmarish occurrence that led to his whole workplace (customers included) having to stay a night in the backroom of the salon to avoid certain death and capture; “Through the salon window we could see people lying [motionless] on the street. We soon realised they had been shot down and that we could [perhaps] be next. We led all of our clients into the backroom and remained there for two nights” he recounts, however this would only be the beginning of his tumultuous journey out of Syria.

It was not long after the encounter that Elie was kidnapped and taken to an ISIS run base. Groggy and semi-conscious he recalls the experience of being taunted and laughed at by his captors, “You can’t think about what to do next. [Suddenly] you’re tied up, you can’t leave or they’ll shoot you. You don’t know when you will be next”.

Had it not been for a miraculously timed Syrian Military strike, he contends that he would have been the fundamentalist group’s next casualty; “I owe my life to the Syrian army. Had it not been for their intervention, I wouldn’t be here today.” It was at this point that he and his family fled to nearby Lebanon for a moment’s reprieve.

It was here that Elie knew things needed to change; an un-recognized English Literature degree and a frustration with prejudicial clients provided the necessary catalyst for a new home – this time away from the Middle East. Carrying the burden of such a story meant that the young hairstylist and his family qualified for refugee status in a place that only seemed accessible in dreams, Sydney, Australia.

A phone call delivered the good fortune, as he recounts, “I remember the exact moment; I was applying colour for a client! I cried; I felt alive again. I knew my life was no longer in the Middle East and that my future would begin in Australia.” It would only be a matter of time before the crew at Royals contacted Elie through a relative and he was employed directly at their Cherrybrook salon. Shortly after, in January of 2017 he was moved to the flagship Castle Hill site.

The team at Royals were quick to notice the enormous potential of Elie’s work and he was given the task of creating a submission for the AHFA Apprentice of the Year award category. As he recalls his meeting with Royals’ owners Adam Alamine and former AHFA NSW/ACT Hairdresser of the Year Mary Alamine, he was momentarily displaced and lost for inspiration until his mind was fuelled by the story of his homeland and more specifically, historical figure Queen Zenobia of the Cleopatra era. He credits his working relationship with Mary as a strong factor in honing in on the personality, strength and character of the Syrian Queen.

“I couldn’t forget about my past and I knew I could use elements from Syrian culture to create the collection,” Elie meditates. “Queen Zenobia of Syria is remembered as one of the Middle East’s strongest queens”; both a legendary ruler and the personification of female potency. “I was inspired by [renderings] of her hair style and wanted to recreate her look in a modern way. I shared my inspirations with the team and they gave me even more ideas – we shared, we tried and we made edits. I practiced the look [countless] times on my sister before shoot day! ”

Elie Kashi will no doubt be a force of the future, taking inspiration from even the most mundane of surroundings – as is the case for most artistic souls; “I get so much of my inspiration when I’m driving to and from work. I look at the trees, I look at the buildings, the cables – the details. I never plan it. I take photos. I experiment with ideas and see what I can create. Inspiration is everywhere if you’re open enough to look for it.”

When asked, the young hairdresser has but one piece of advice for his clients and it contains perhaps the most vital testament to his assimilation into western culture. “Go Blonde”; in fact Elie is credited with the reputation of, as he puts it; “turning even those who come in with fried bleached hair into a safe and lighter, sustainable blonde”. This, a stark contrast from the his darker past, it’s clear the talented youth has embraced the beach, sun and fair aesthetic of Australia, with a deep fondness for the totality of the eastern horizon, it seems as if it’ll be clear sailing ahead for this courageous and relentless globe trekker. 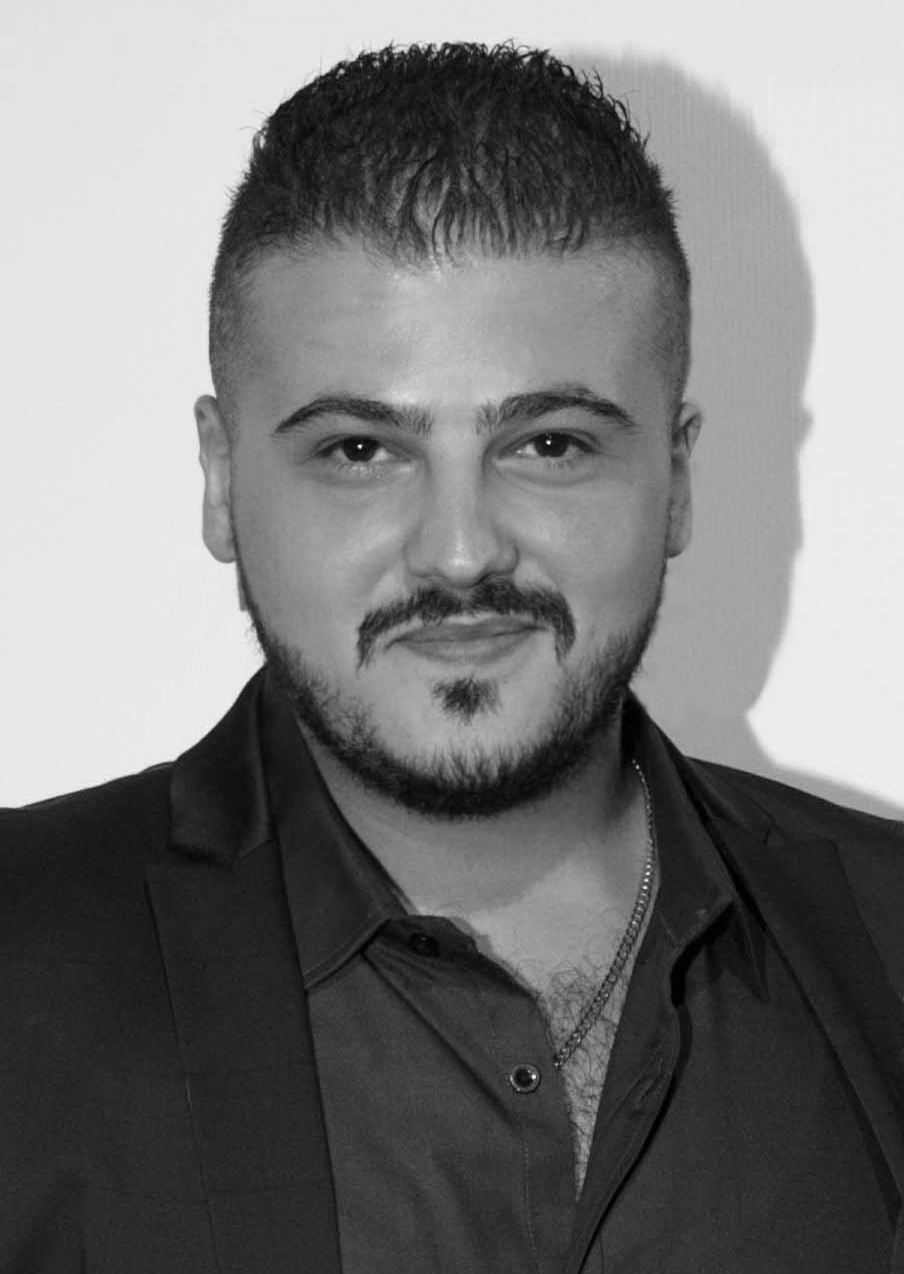