On the subject of hair masters… you’d be hard-pressed to cite an artist as established as Odile Gilbert. One of the hair world’s most revered figures, Gilbert has been called upon season after season to endow the runway with her own breed of sartorial magic.

From meticulously crafted feats of wonder through to pared back spells of subtle splendour, Gilbert is the hair visionary behind some of the most memorable moments in fashion, with a rolodex of designers, photographers and industry taste-makers among her list of professional peers.

Beckoned to the bright lights of New York City in 1982, Gilbert fast established herself as one to watch; honing her editorial hair chops alongside an awe-inspiring roster of photographers (think: Steven Klein, Peter Lindbergh and Helmut Newton, to name a few) and designers alike.

What soon followed would be more than the talented native of Brittany could have ever comprehended. Countless directorial gigs across a lineup of international runways, a film stint with Sophia Coppola and more than a couple of industry lauded campaign shoots and editorials.

In 2006, Gilbert received the honourable insignia of Chevalier des Arts et des Lettres, in honour of her contribution to the worlds of hair and fashion. To date, Gilbert perseveres as one of the industry’s key creative forces, a stance she continues to fortify with each of her inspired endeavours.

Here we trace 10 of the French hair artisan’s most iconic hair looks: from out-of-this-world collabs with Jean Paul Gaultier to Rodarte romanticism and beyond. 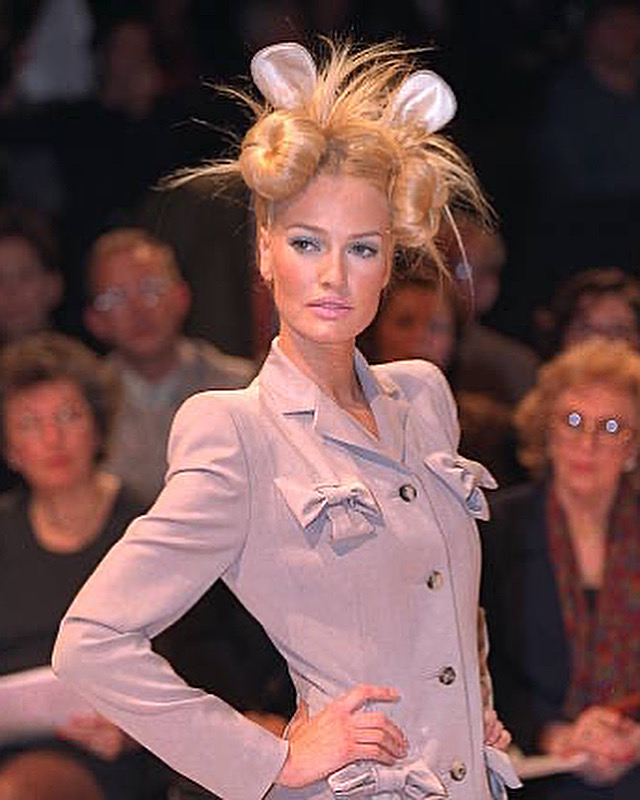 For anyone who’s ever contemplated the origins of space buns… One of Gilbert’s earliest recorded looks, this up-do for Givenchy SS ’96 is every bit the nineties dream, from the splayed strands through to the bunny ears. 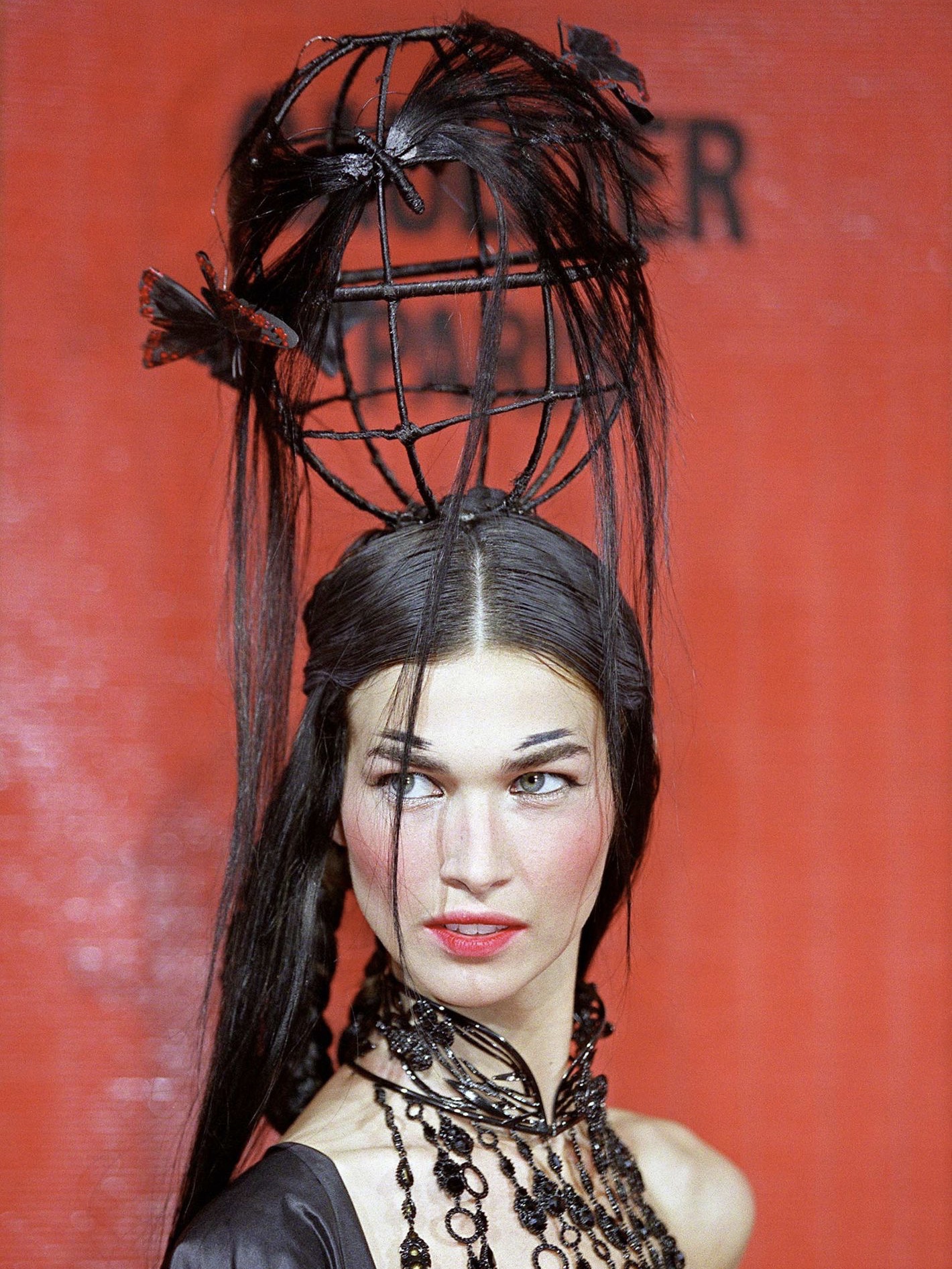 One of Gilbert’s most memorable looks for Monsieur Gaultier; this intricately shaped and welded ‘butterfly cage’ for the designer’s Chinese-themed Fall Couture ’01 offering. Nothing is impossible… with enough hairspray. 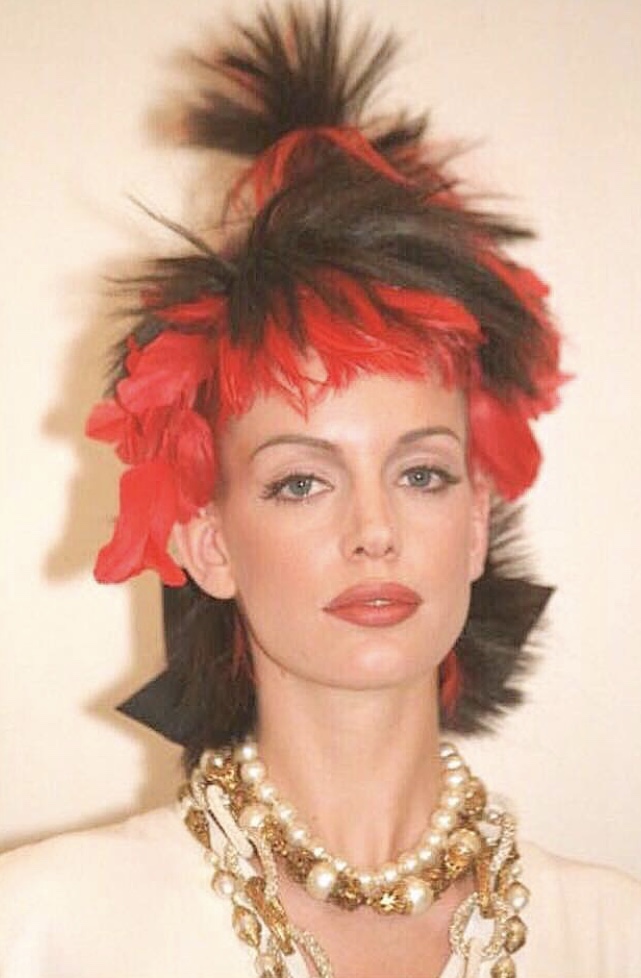 An industry pioneer, Gilbert was among the first to incorporate feathers into hair. Like so… 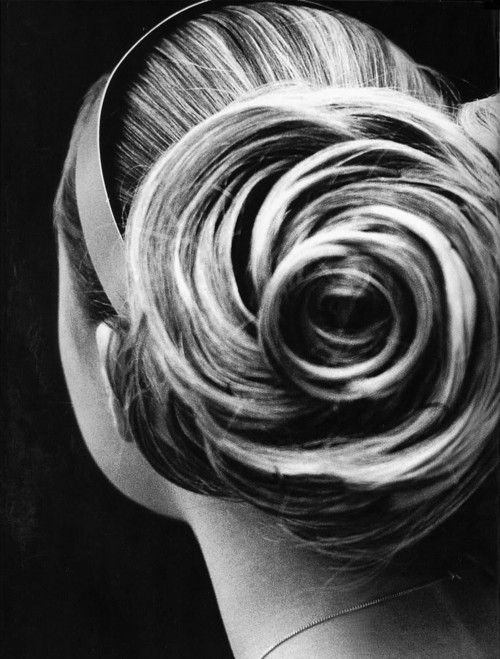 From butterflies to flowers… Gilbert proves no object is off limits in the pursuit of aesthetic brilliance. For Chanel’s 2000 Spring Summer Couture show, Gilbert swirled hair into a low-swept, camellia hair formation. Swoon. 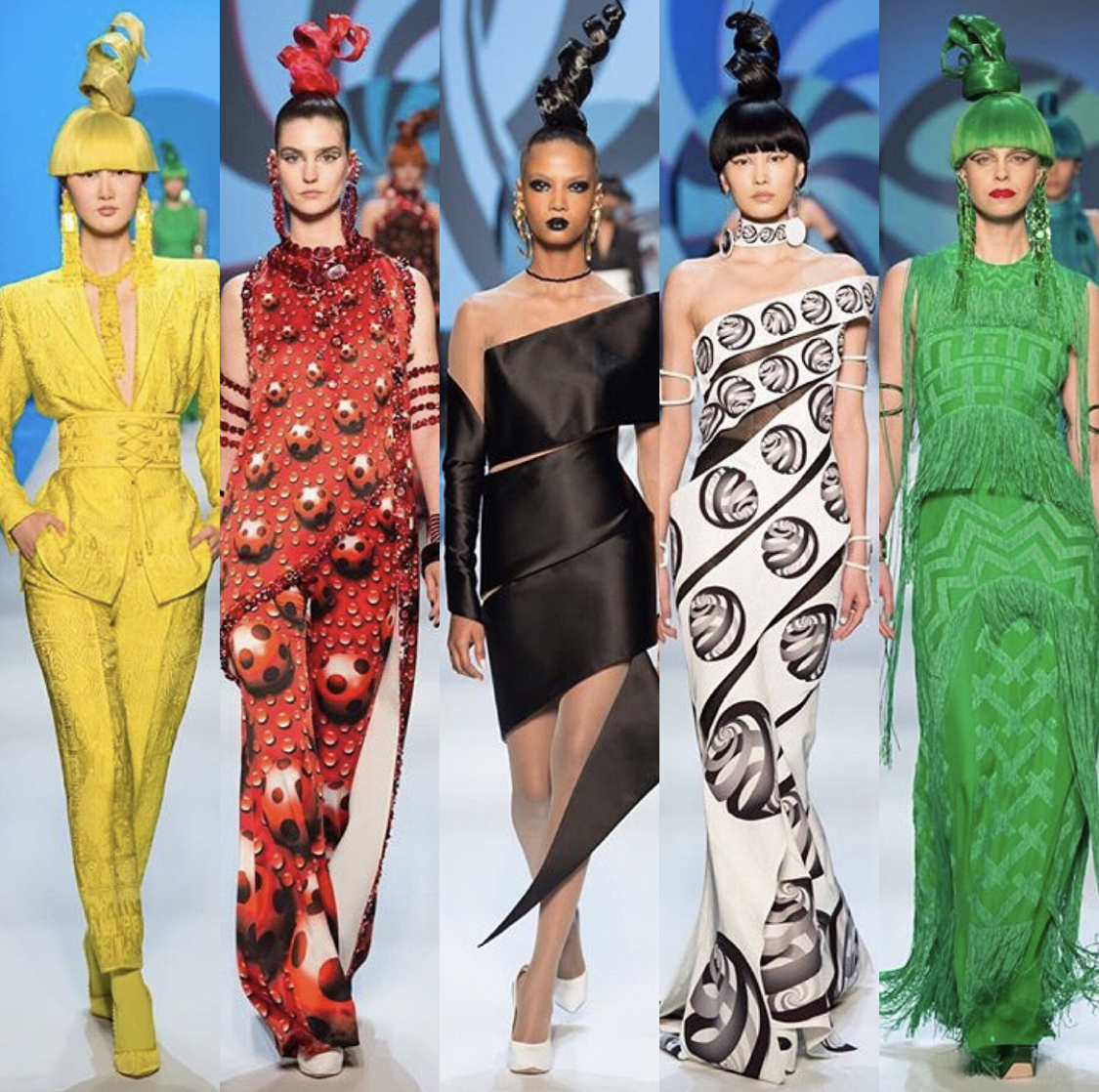 Cindy-lou who gets a high fashion makeover. We can’t look past these sky high spirals for Gaultier’s Spring’18 Couture show. In a rainbow of colours, no less. 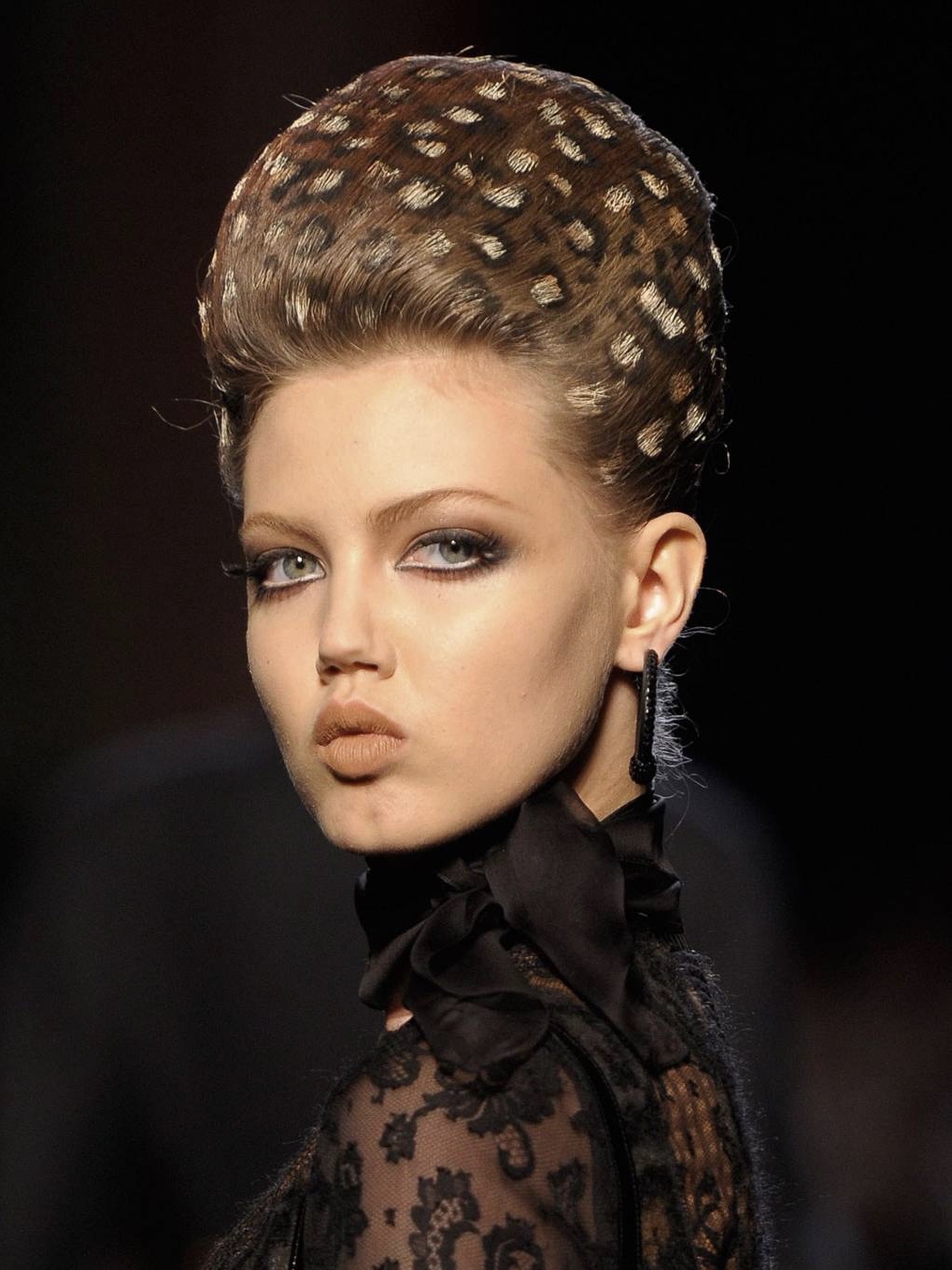 Bringing that leopard love to the runway. Teaming up once again with Gaultier in 2015, Gilbert swept models’ hair into voluminous beehives, completing the look with painted, leopard spots. Into the wild we go… 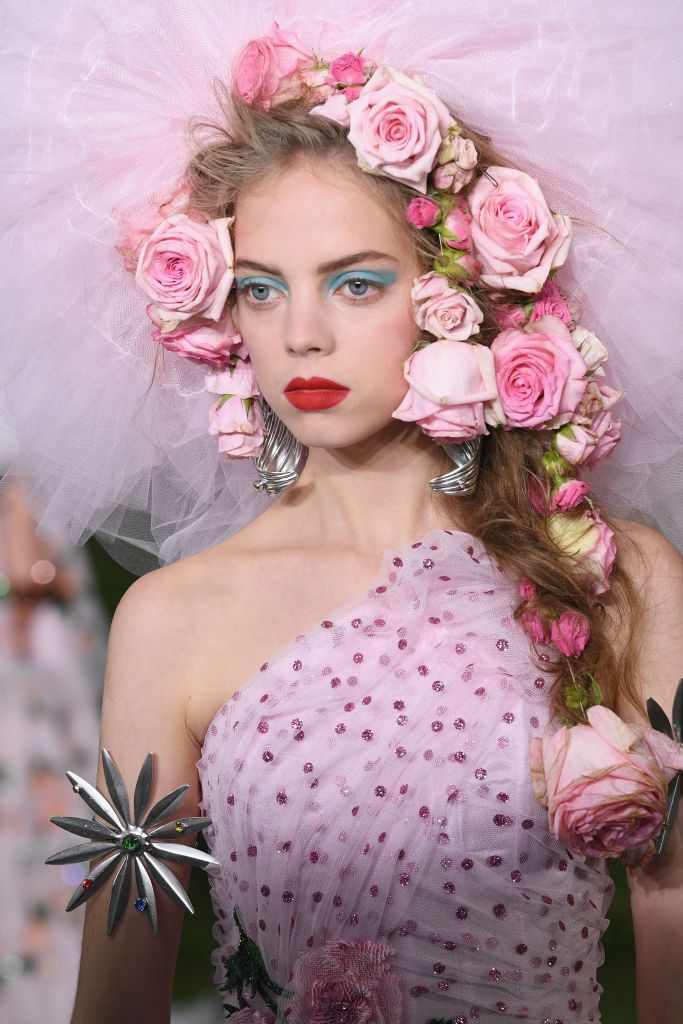 For her Spring Summer ’19 dalliance with Rodarte, Gilbert channelled 18th century romanticism for a look that was at once striking, and oh so whimsical. Hair was soft, wispy and adorned with flowers. The picture of modern elegance. 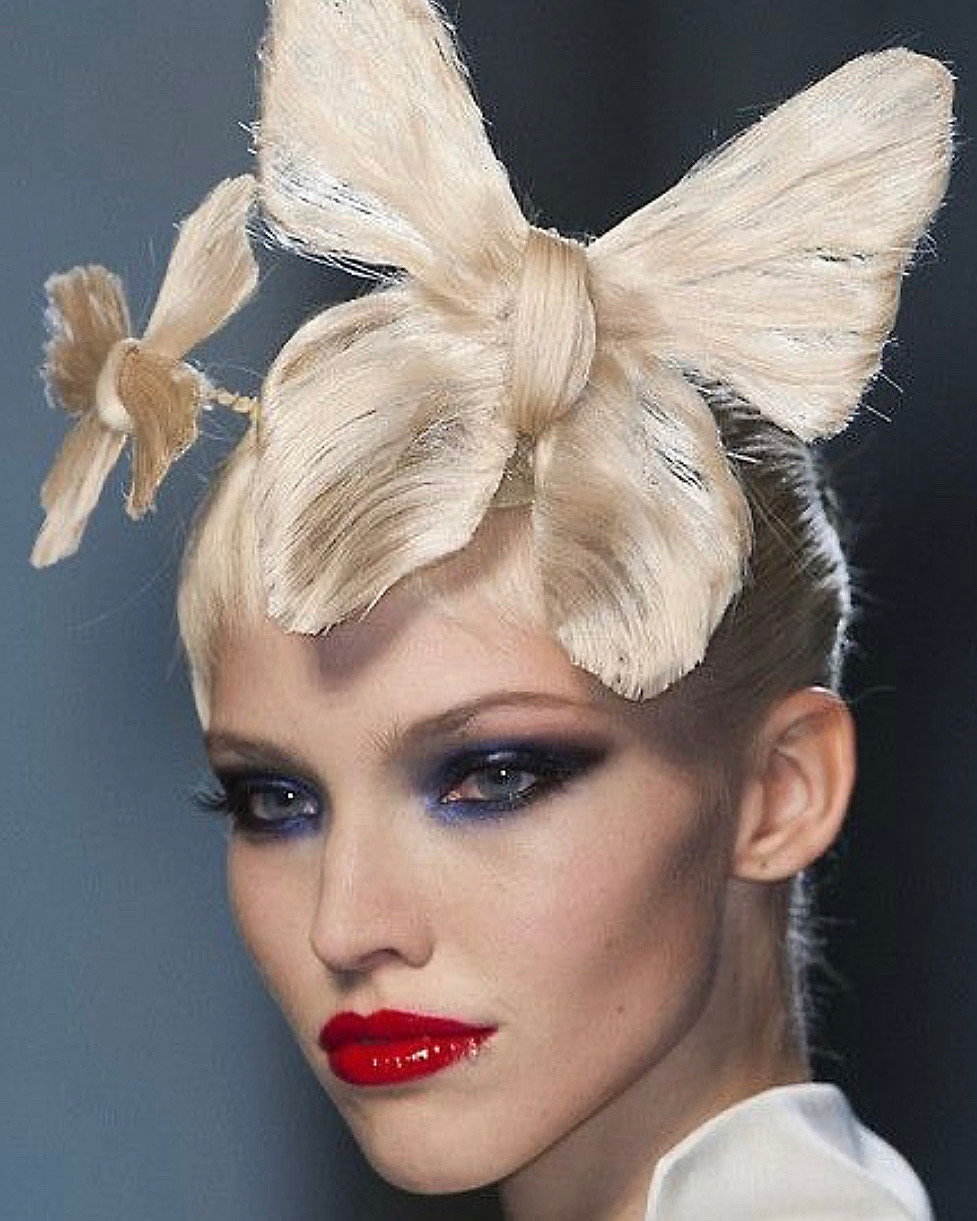 And the butterfly (motif) re-emerges. This time artfully placed atop models’ heads in a bow-like formation. 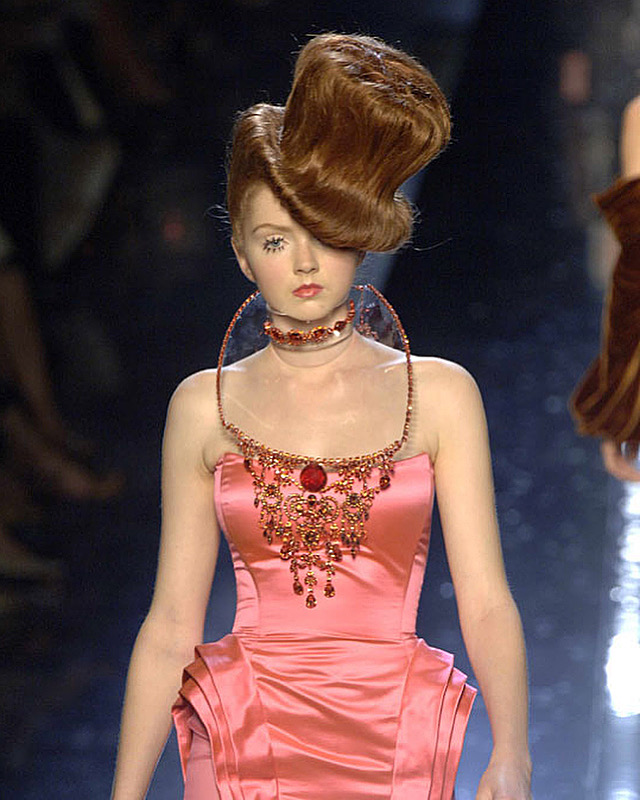 Hats off to Gilbert for this look; a masterfully sculpted top hat crafted entirely from hair. Wowza. 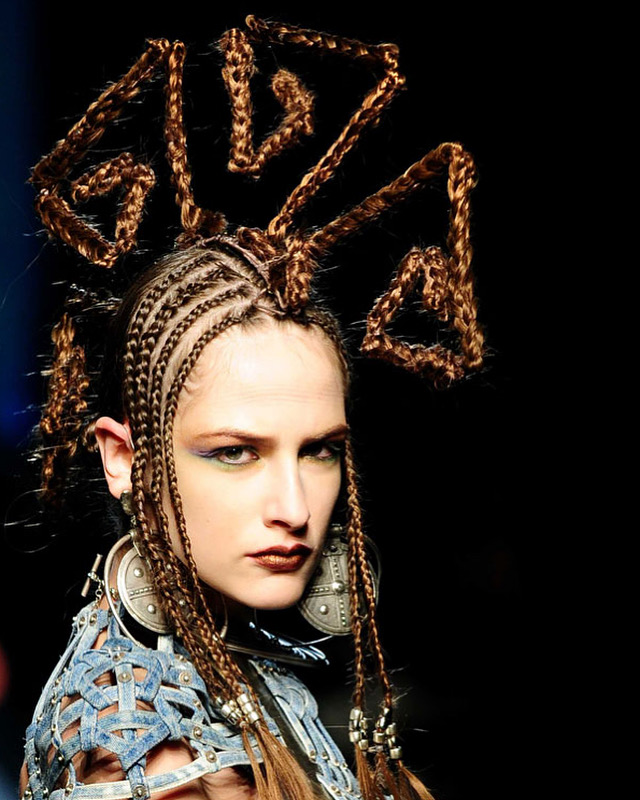 The coolest cornrows you ever did see. This feat of wild, structural wonder was curated for (you guessed it) Gilbert’s long-time partner in crime, Jean Paul Gaultier, this time for the designers’ Spring Summer ’10 offering.