Following New York’s colourful assault of the hair and fashion spheres… it was time for the European (and British) contingents to showcase their magic. And showcase they did. From lashings of glitter to soaring, structural arrangements, this season well and truly brought the drama. Here we recap the wildest trends to emerge from this season’s London, Milan and Paris runways. Buckle up. 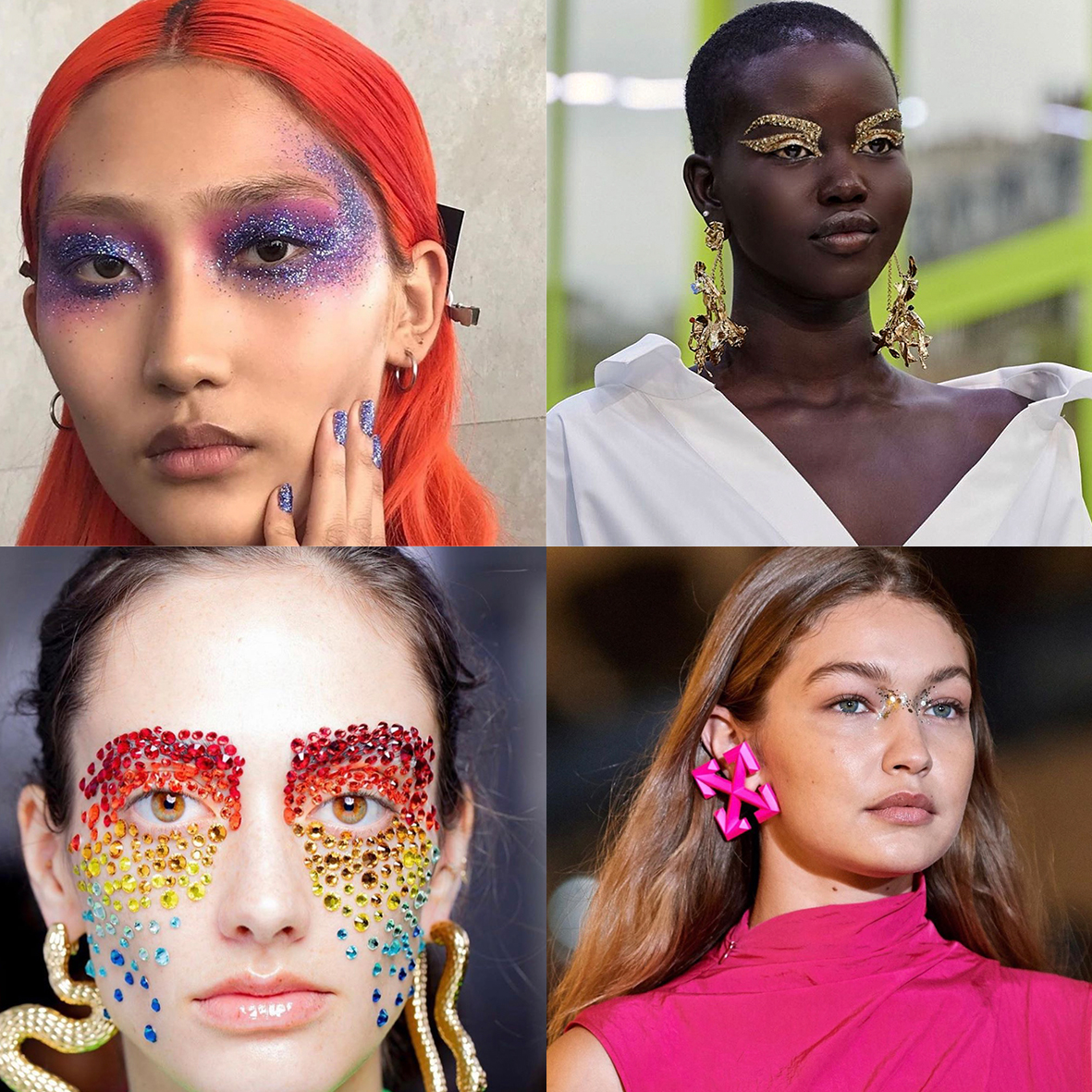 PSA: Glitter is back… and with a (sparkling) vengeance.

From Erin’s show-stopping Studio 54 renderings (hello Schiaparelli) through to Off White’s subtle (image 4), meteor shower eyes a la Fara, this season, the glitter (evidently) would not settle… and for that we’re all thankful. 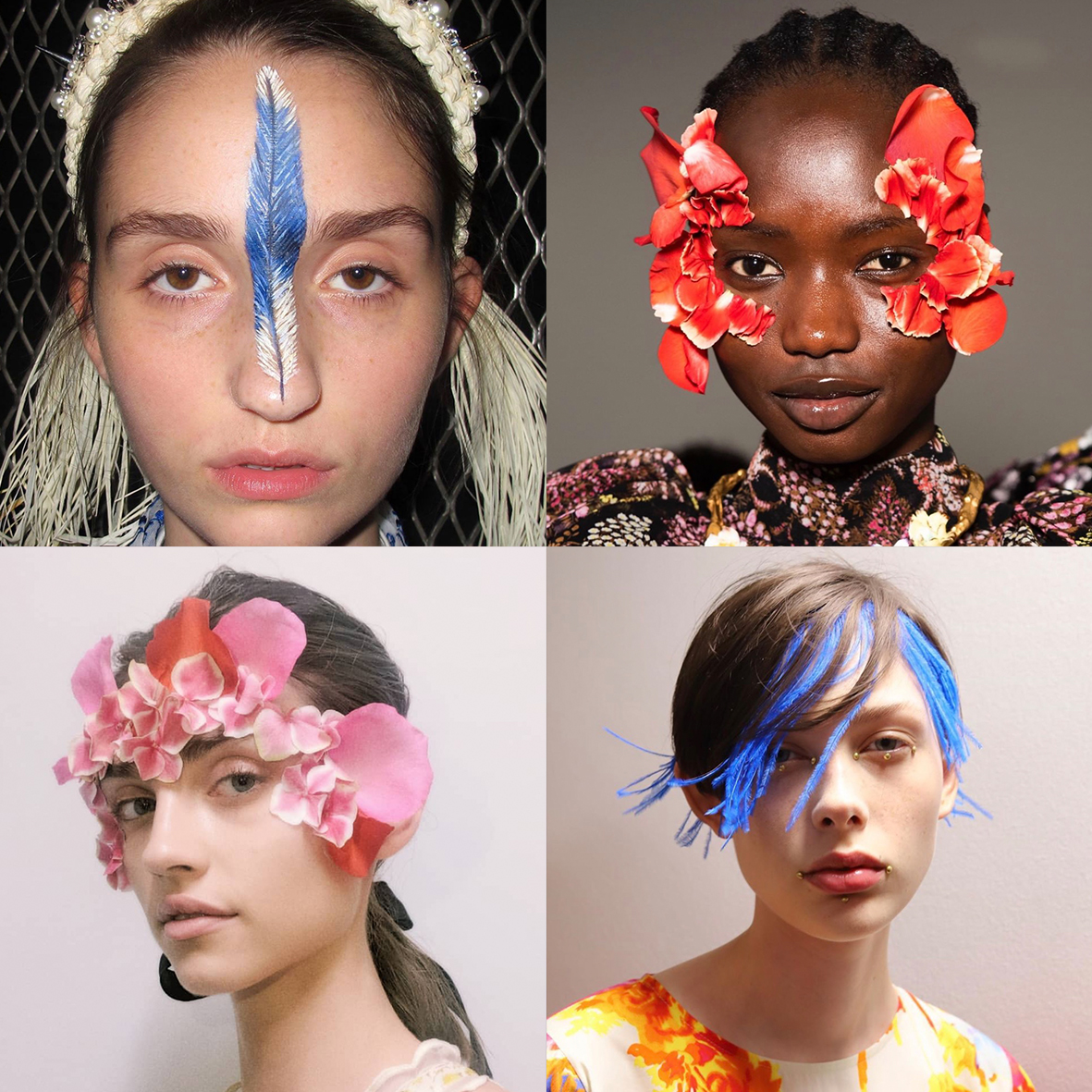 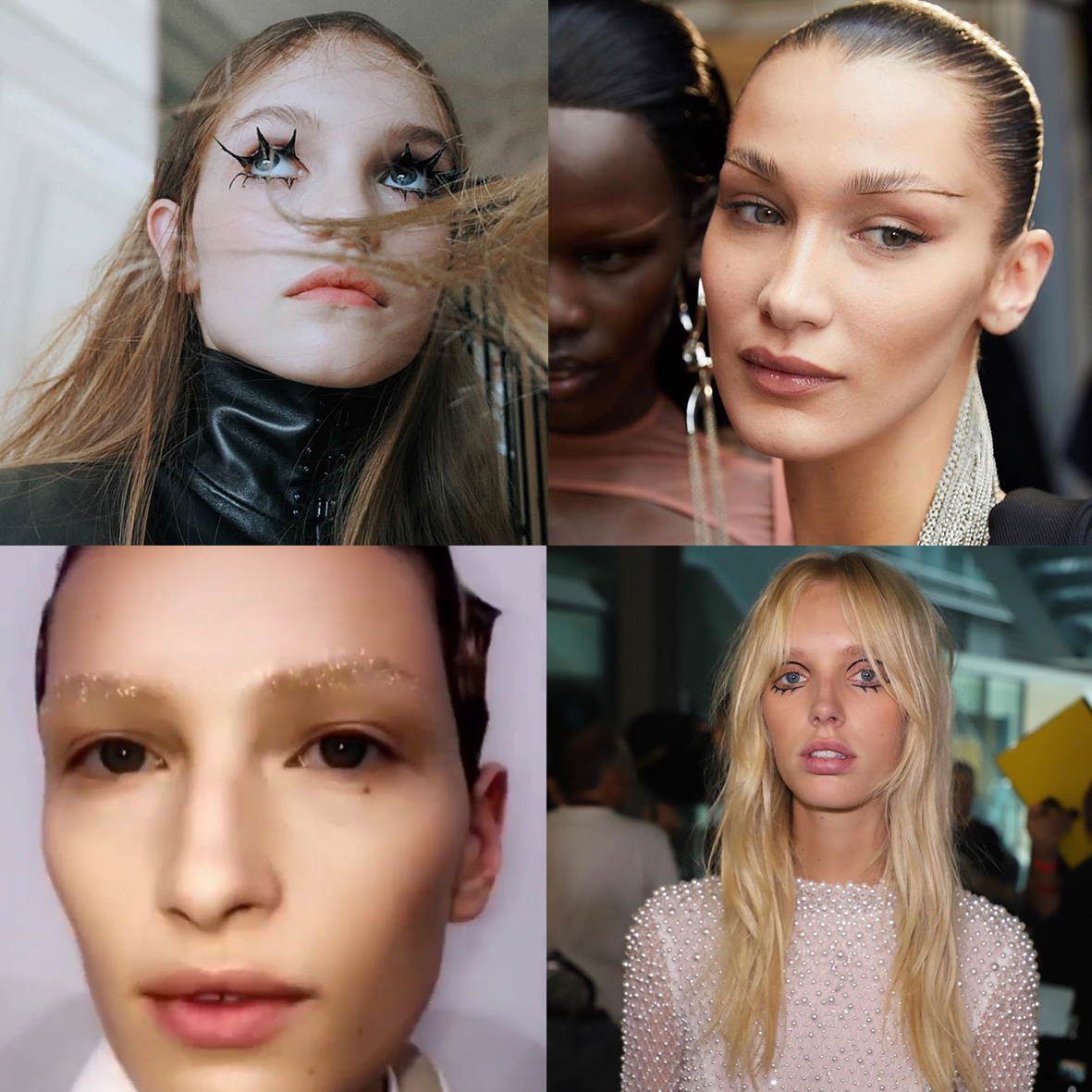 There’s no doubt brows and lashes are having a moment (are the ever not?), and at this season’s Olivier Theysens, Mugler, Ermanno Scervino and Ralph & Russo shows, everyone’s favourite features saw their wildest iterations yet.

Once again proving her penchant for glitter, Erin Parsons created these glitter dusted brows for Ermanno Scervino (image 3), while makeup royal Val Garland made a case for Twiggy-esque mod eyes with this striking liner look (image 4). 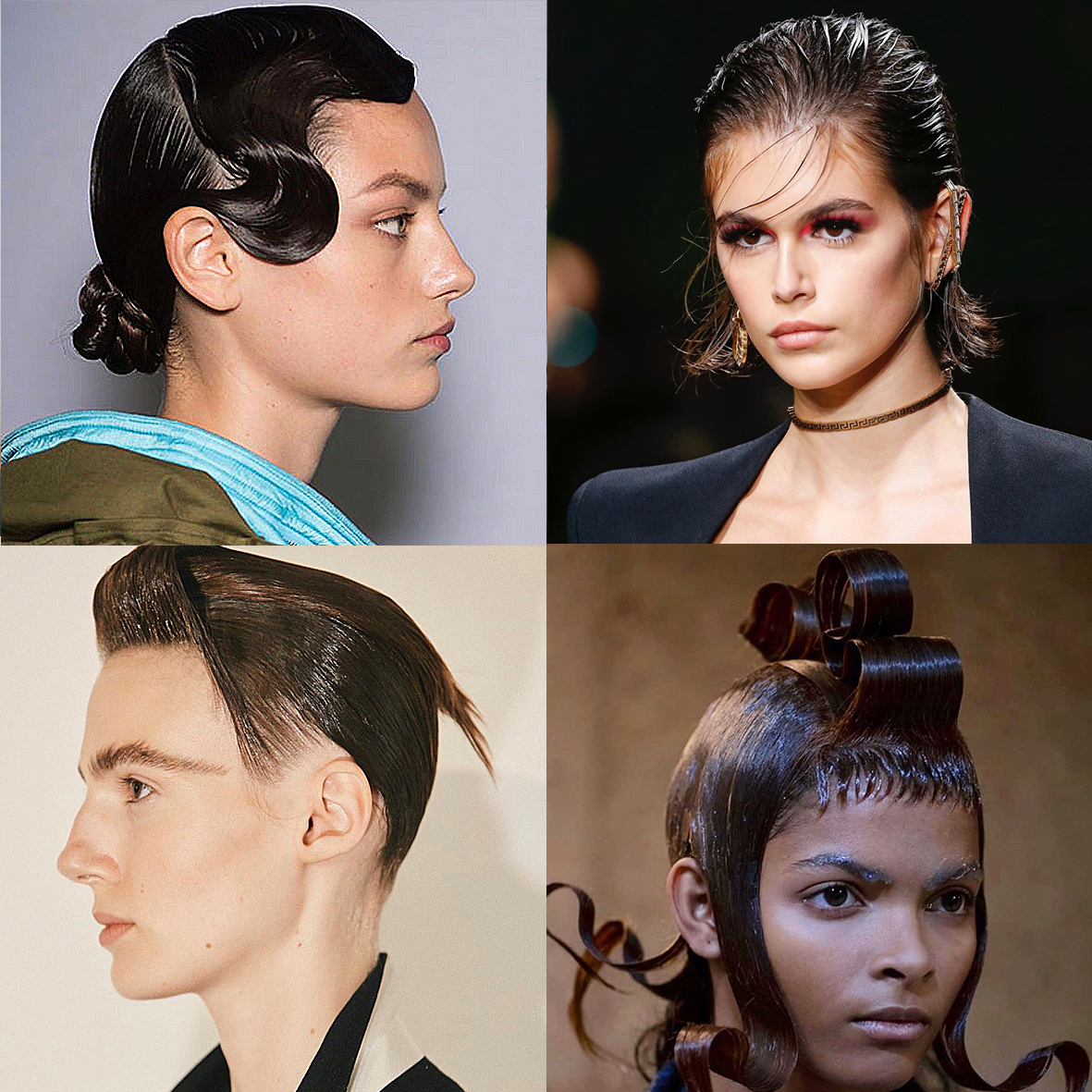 Smooth, sleek and chic, Duffy’s hair look for Haider Ackermann (image 3) was adapted for both male and female models while Sara Mathiasson crafted this intricate, uber-gelled look (and a string of others) for Ottolinger. 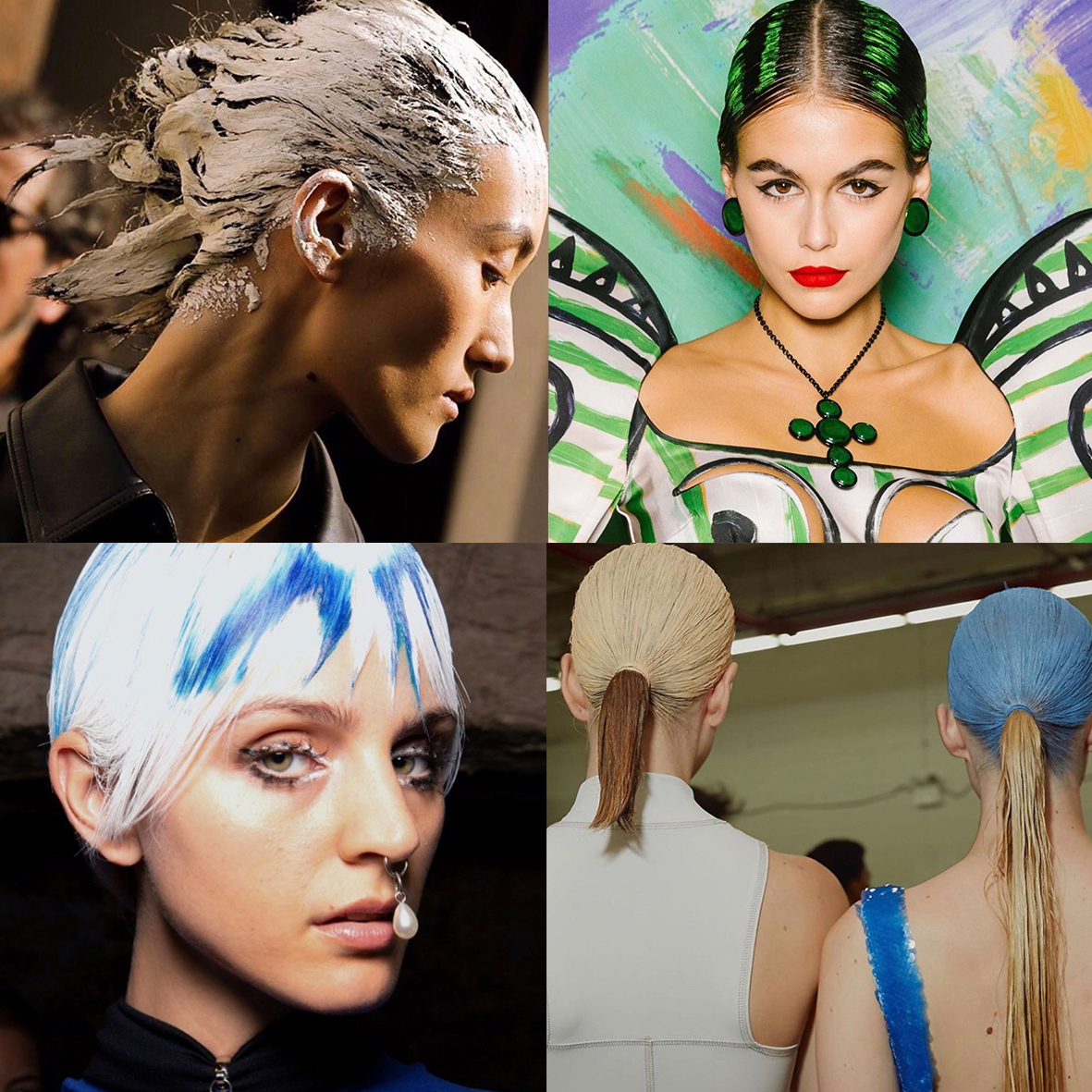 From Julien dY’s contrasting creations at Marni and Moschino respectively (images 1 and 2) to Johanna Brown’s blue marbling at Fyodor Golan (image 3), each look was a stroke of pure painterly genius.

While Holli Smith’s look for Echaus Latta wasn’t technically a European runway find (having appeared a month prior at New York Fashion Week), it would be remiss of us not to include her rich, chalky take on the trend.

Talk about painting the town. Or runway if you’re keeping score. 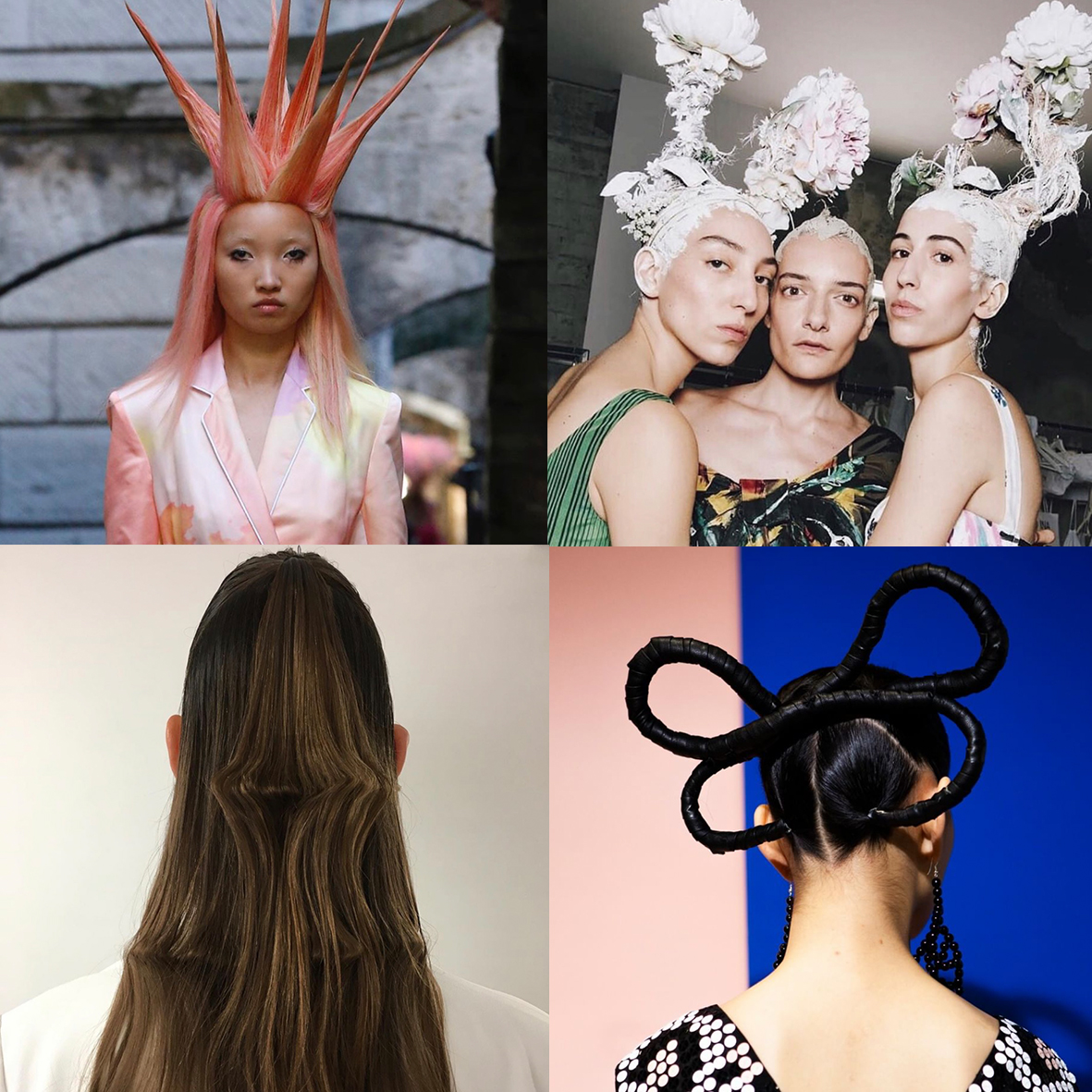 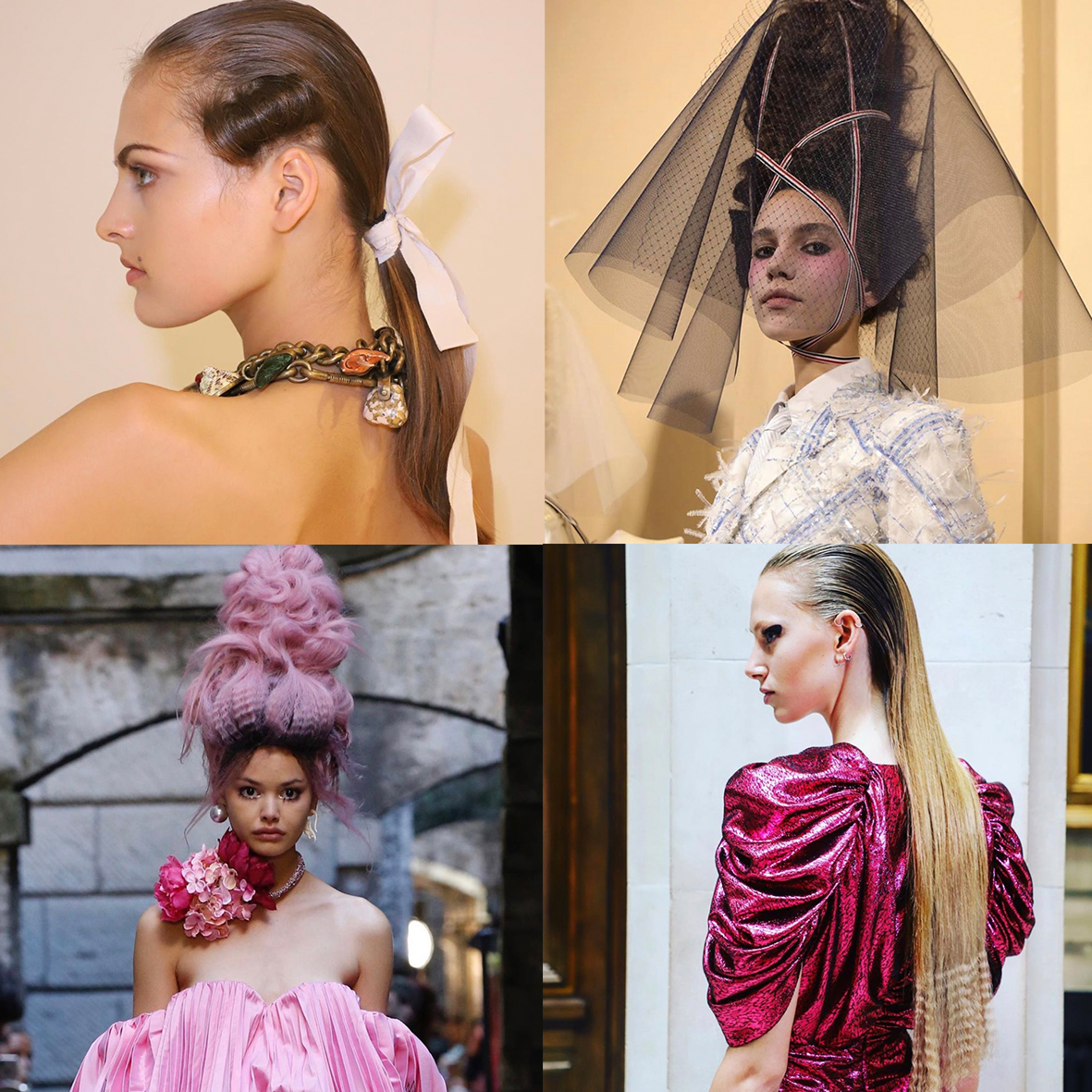 A throwback to yesteryear.

In his own show of Victorian nostalgia, Eugene Souleiman created this countess-inspired ‘do (image 2) for models at Thom Browne, completing the look with tri-colour ribbons and sheer veils.

Similarly at Fyodor Golan, Johanna Brown channeled Marie Antoinette with these towering creations (image 3) while Sam McKnight took it back to the 80’s with crimped sections at Halpern Studio (image 4). 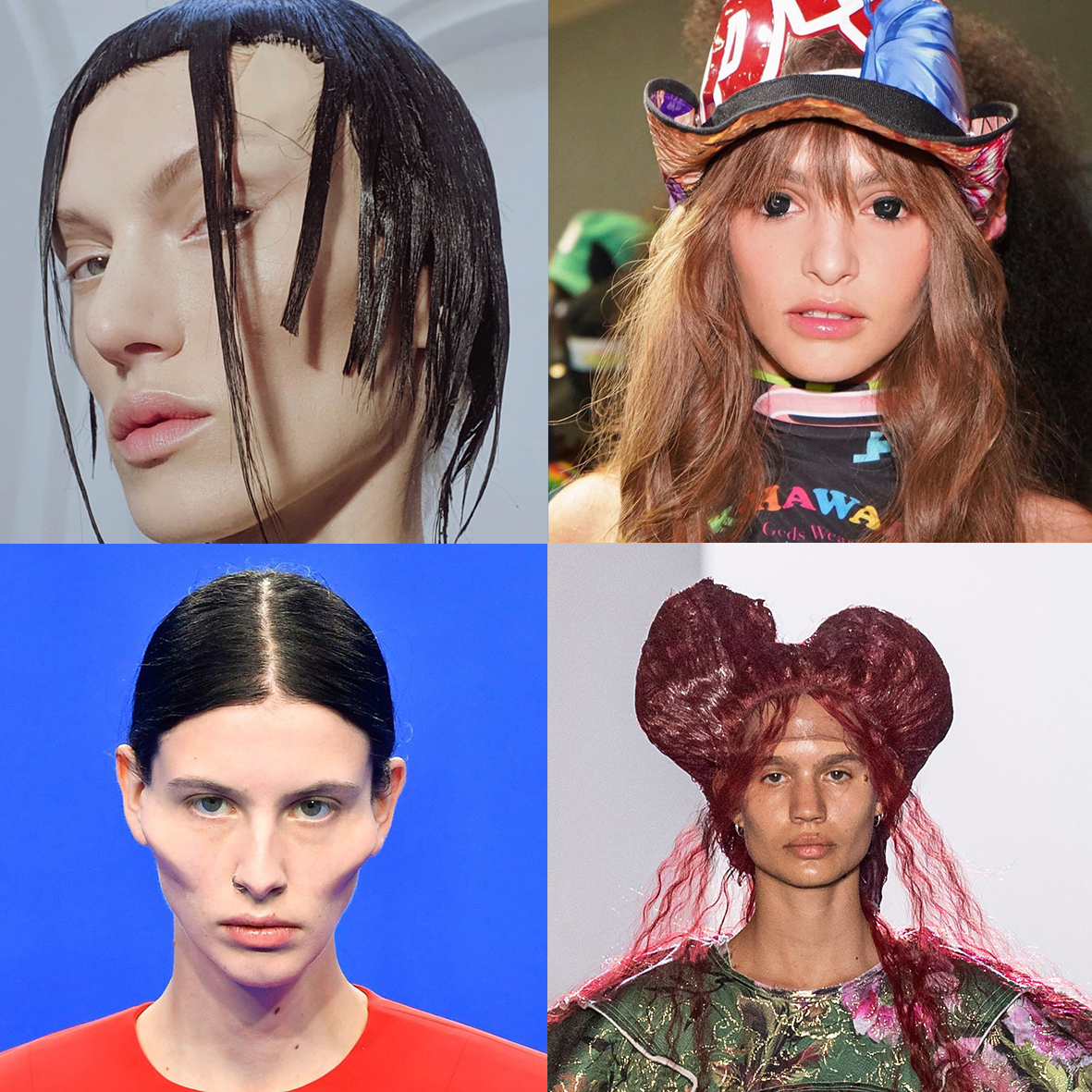 We saved the wildest (and weirdest) for last.

For this season’s Junya Watanabe offering, Eugene Souleiman teamed up with Isamaya Ffrench on the pair’s freakiest look yet. Brows were tightly taped to elongate and exaggerate features, with hair chopped and gelled a la Edward Scissor Hands (image 1).

In keeping with the theme of exaggeration, models’ features were augmented at Balenciaga, with the help of carefully placed cheek prosthetics (image 3).

Does it get creepier than hair than blood drenched hair? We think not. For Comme des Garçons, Julien dY’s did just that (albeit fake blood), completing the look with bulbous, brain-like buns (image 4).