The hair is supposed to be random. It has a light, soft movement, and its texture is a bit frizzy. 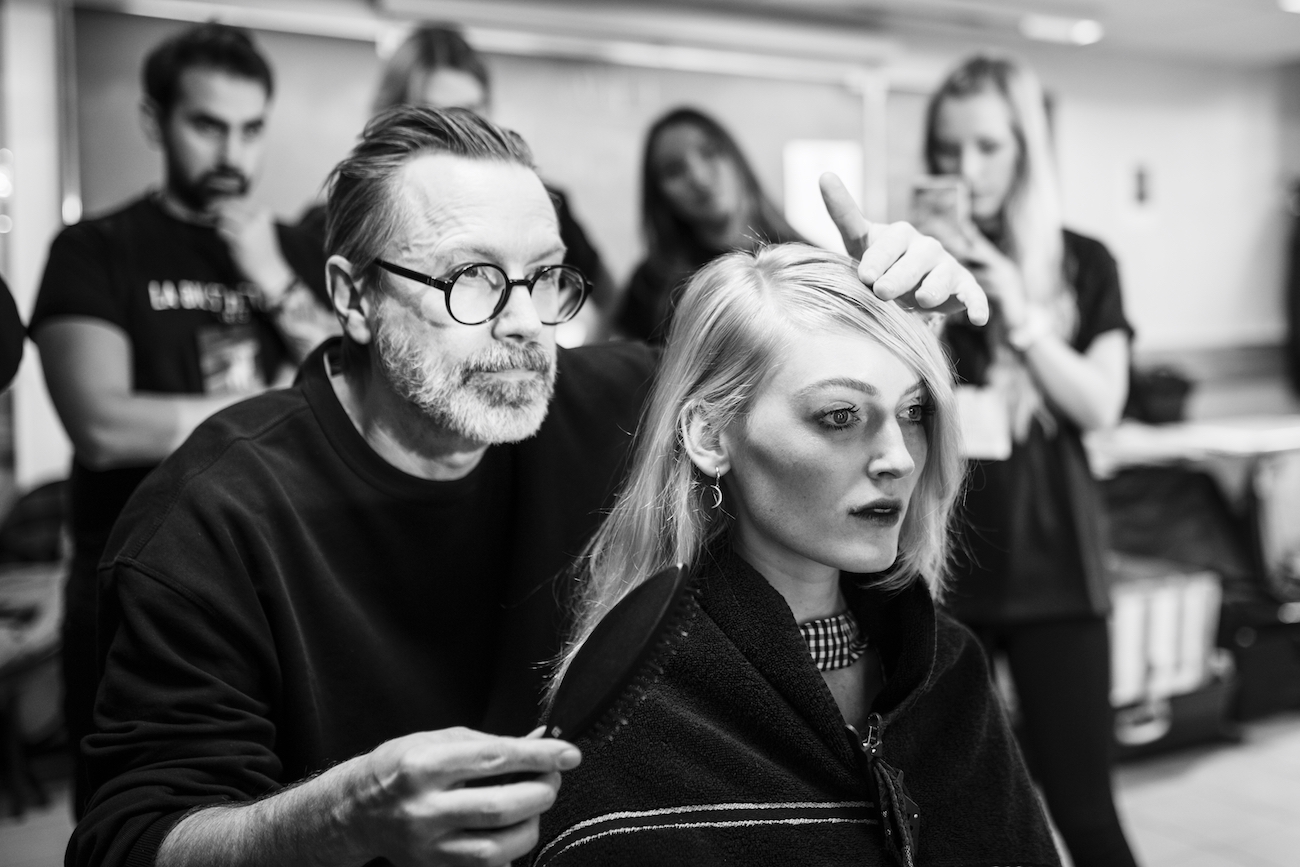 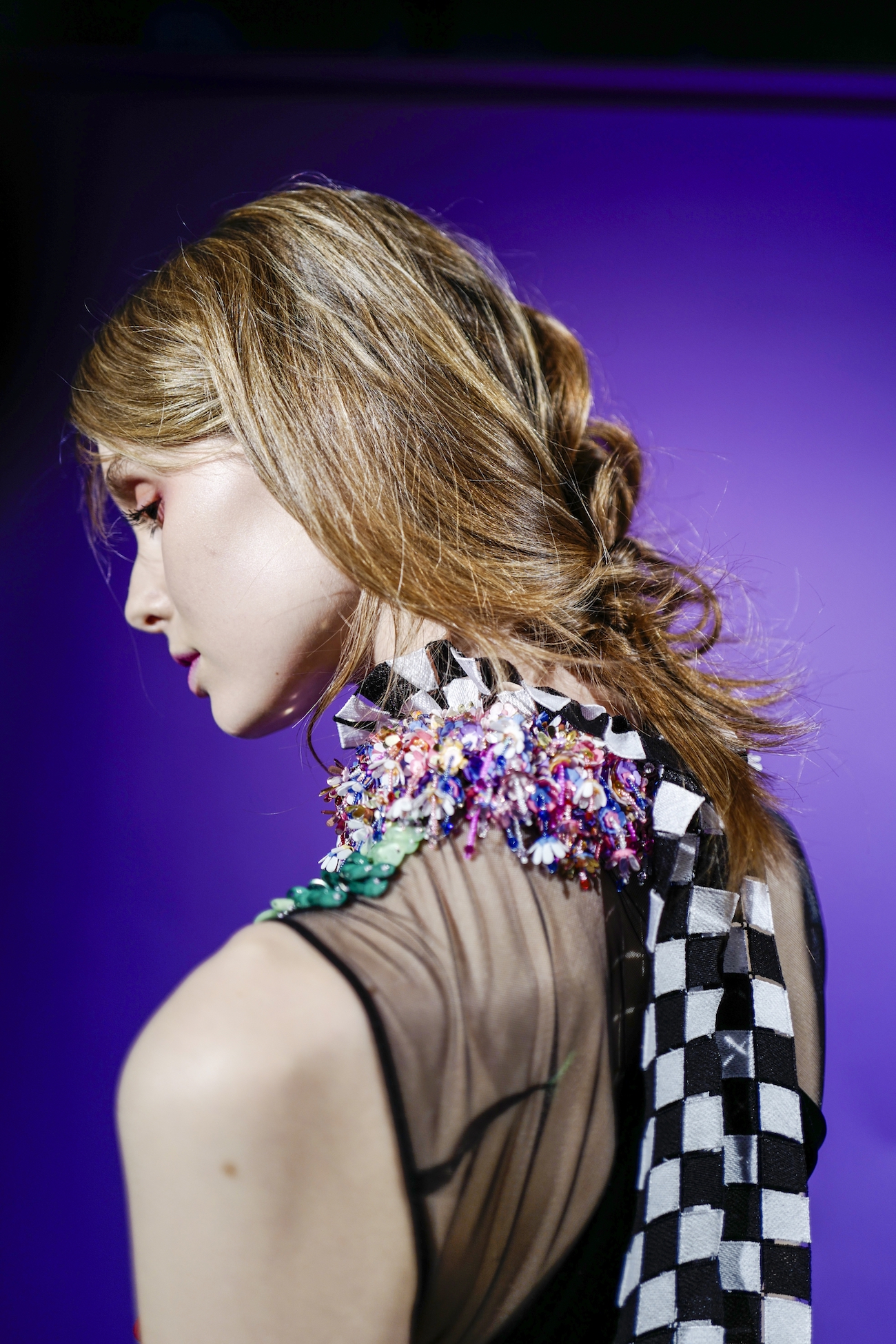 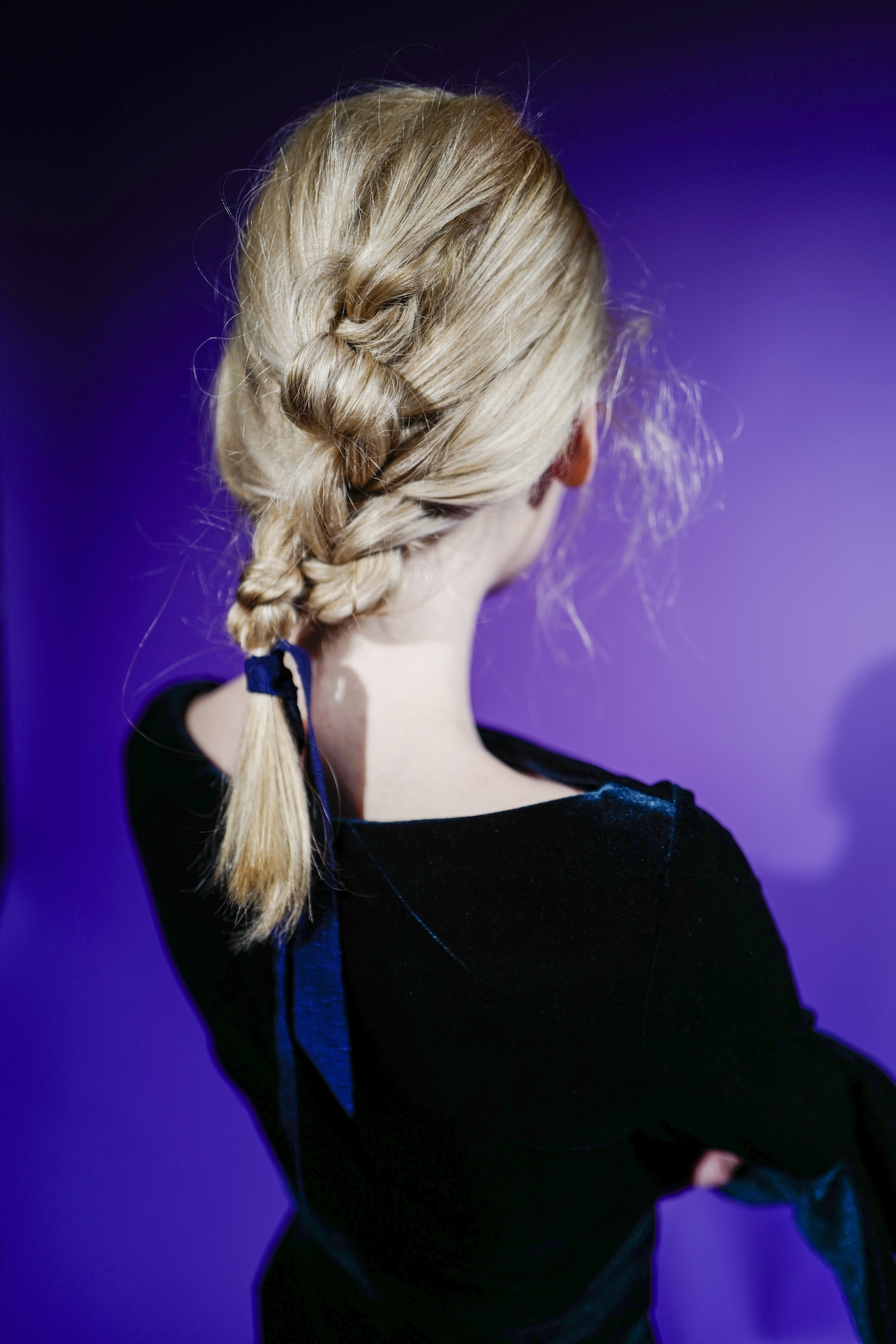 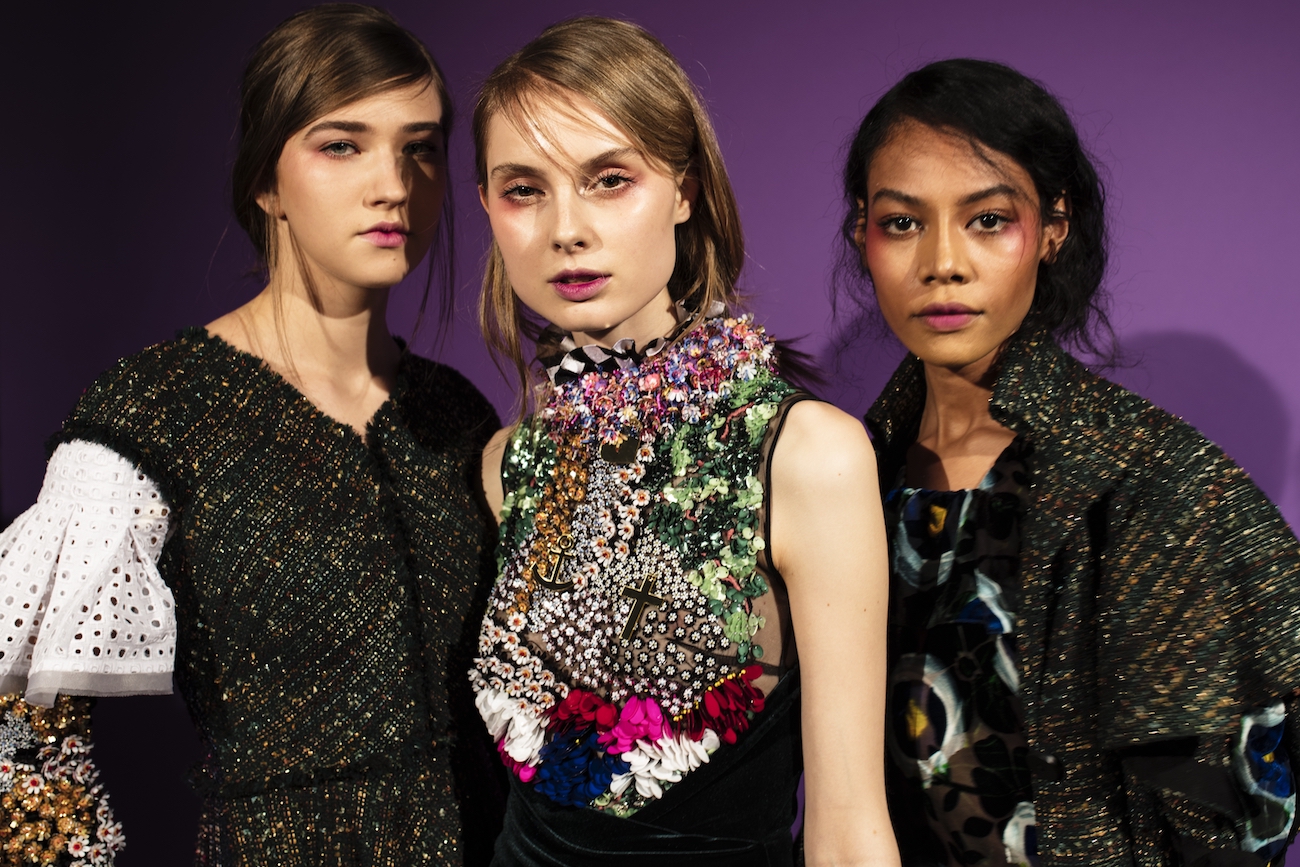 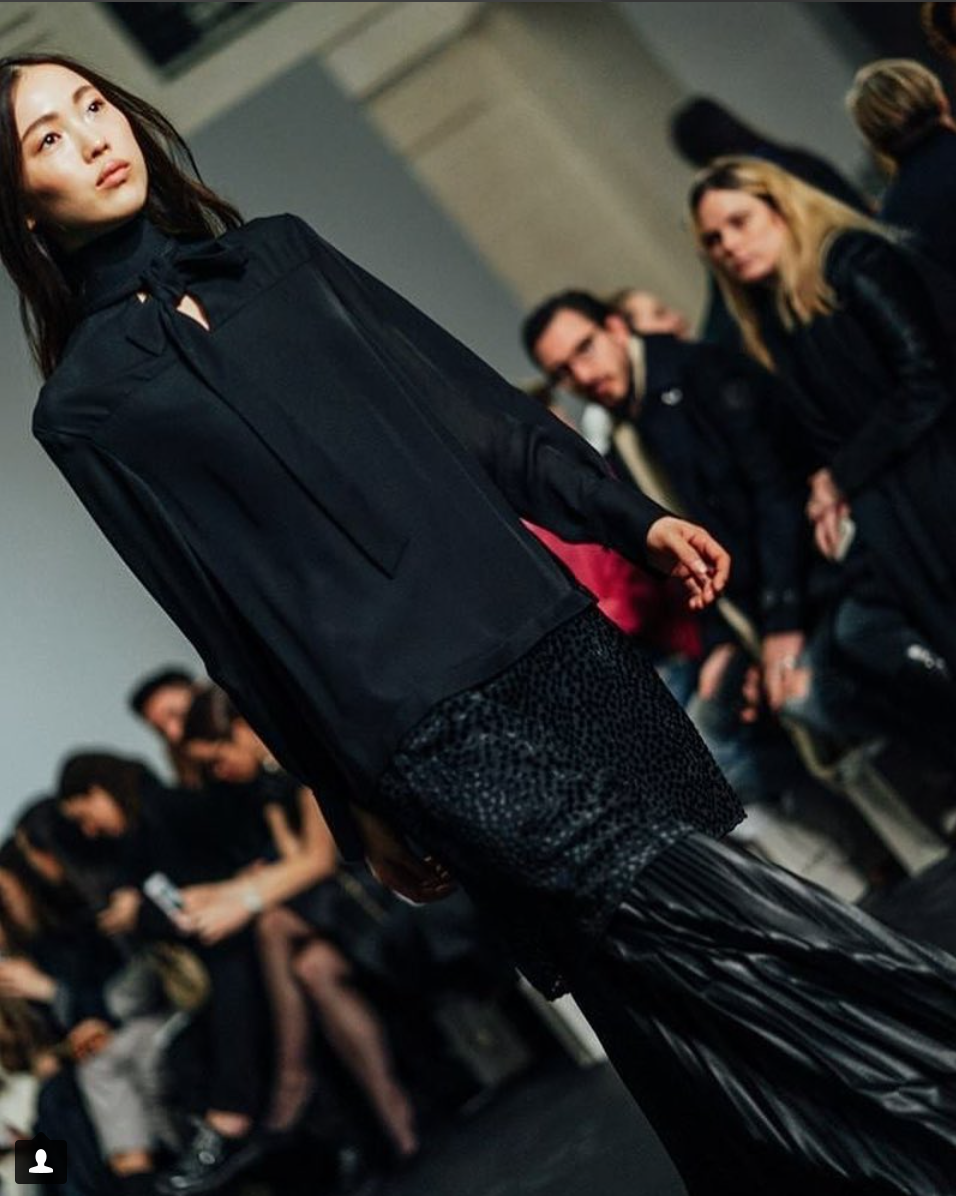 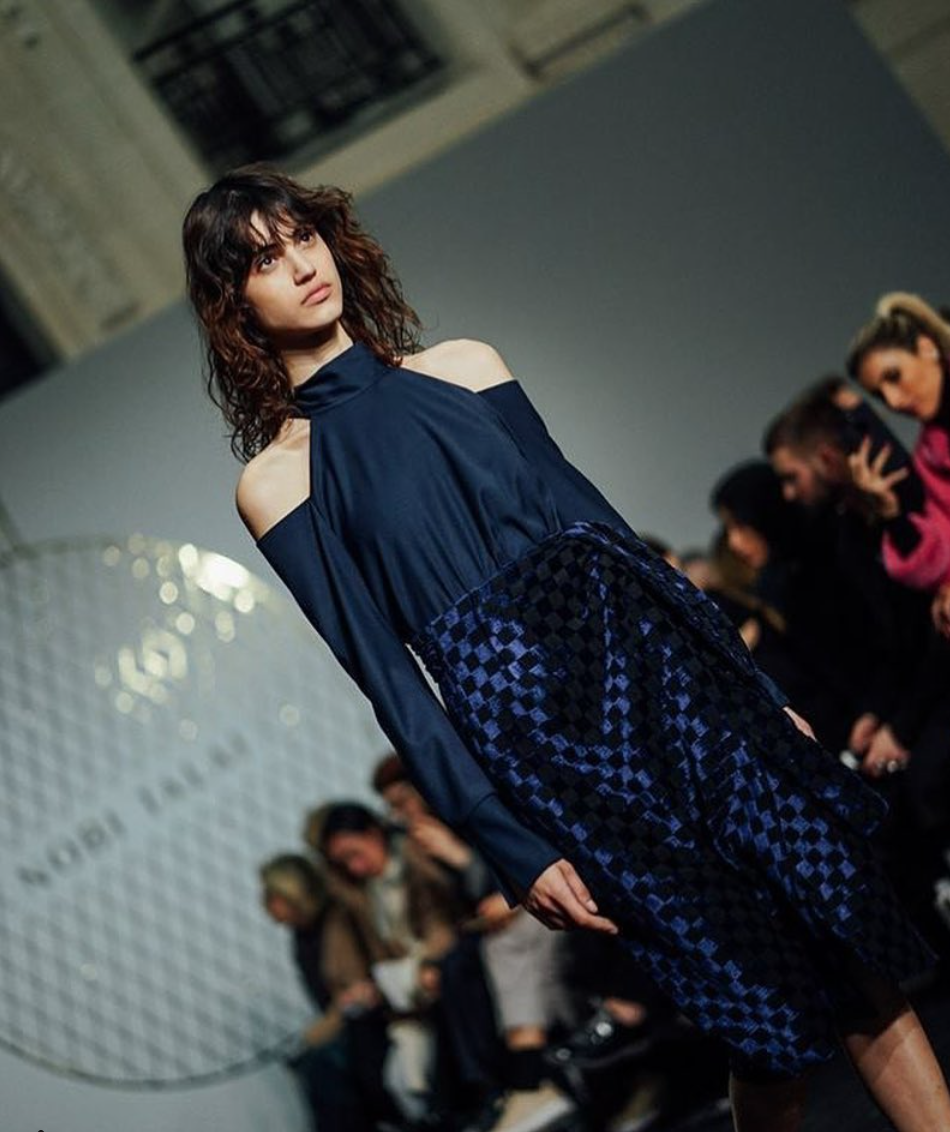 Paris Fashion Week may have celebrated all things cool, but the hair was HOT.

On hand to head up the La Biosthétique team (for not one, but two runway shows) was the brand’s International Creative Director, Alexander Dinter.

Dinter was tasked with rounding out the overall concept for Talbot Runhof; a design duo composed of Johnny Talbot and Adrian Runhof.

The brand drew inspiration from their home in Munich for the collection, entitled #GlaubeLiebeHofffnung (Faith, Love, Hope).

Backdropped by the Latin Quarter’s prestigious Lycée Henri IV school – where the likes of Michel Coucault, Jean Paul Sartre and Volker Schlöndorff were educated – Dinter had his work cut out for him.

With the collection’s bold colour and intense textural combinations not needing to be outdone, the accoladed hairstylist took a step back, using the age-old braid as a starting point.

“We have taken the classic braid as a basic idea and translated for today again. The look is based on a rough, frizzy structure; instead of braiding the hair, we twisted it loosely on the back of the head, and then knotted it” said Dinter.

Delicate in its effect, “The result is a modern braid style that looks girlish and slightly unmade. ”

Across the river, another German brand, Nobi Talai took centre stage at the luxurious Hôtel d’Evreux.

With roots in Persia, Nobieh Talai cemented her status as an up-and-coming designer on the world stage with couture collection, ‘NT.06’.

Dinter was once again on hand, providing his expert touch to the proceedings, which combined minimalistic tendencies with statement fabrics in mohair, knits and vegan leather.

His take on pure, unpretentious hairstyles ensured Nobi Talai’s inspiration shone through: “The hair is supposed to be random. It has a light, soft movement and its texture is a bit frizzy.”

La Biosthétique also lent a hand to the make-up for ‘NT.06’, with New York’s Steffen Zoll designing an appropriately radiant palette in orange and rose.