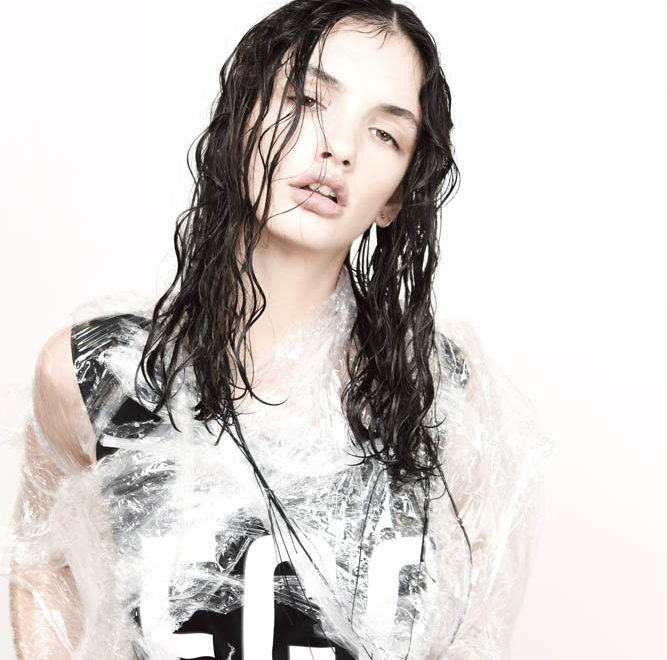 I’m such a shy, conservative person but when I do my work there’s a beast that stirs inside me and I just want to go for it … 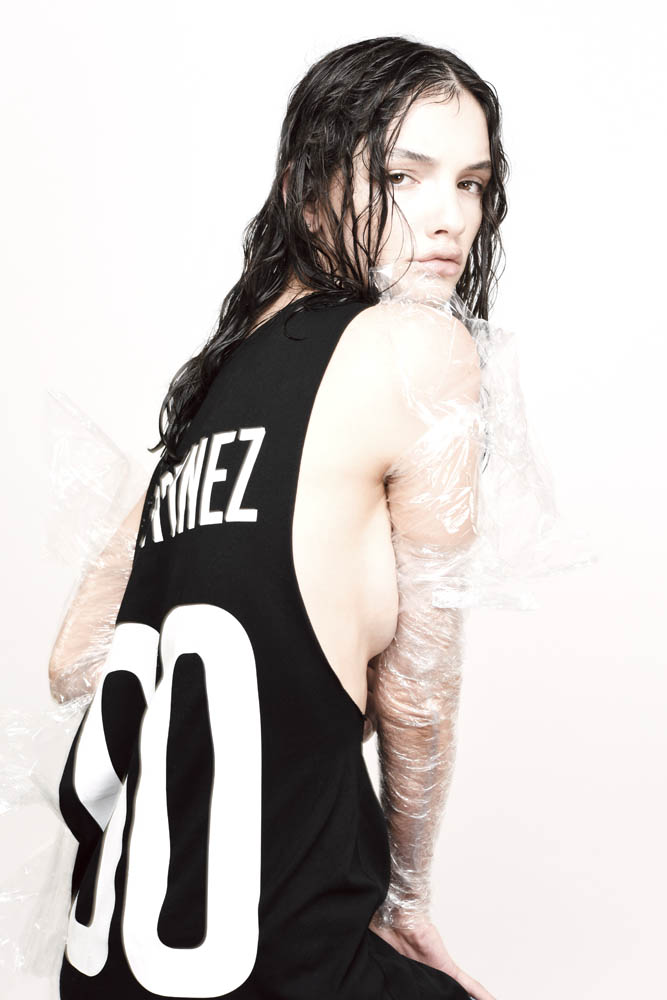 Beyond the pioneering projections of his mind, the industry knows little about Frank, only that his talent is extreme, nature gentle and ego nowhere in sight … until now.

Welcome EGO by Frank. The “happy accident” that in typical Frank form, has taken off on a ship set to soar.

“I was prepping for an upcoming show and thinking about the different ways my models could present on stage, and that’s when I arrived at the idea of custom, EGO by Frank garments,” the three-time Australian Hairdresser of the Year explains.

“I’m such a shy, conservative person but when I do my work there’s a beast that stirs inside me and I just want to go for it. I figure this ‘other’ side is my alter ego, hence the name.”

Surprisingly (or not) for Frank, his logo-worked street-wear was met with great enthusiasm with that particular show’s models, backstage crew and extended audience lighting up Instagram with enquiries. What was originally destined as a one-off Frank does Fashion foray has now evolved into something much bigger.

“It was completely unexpected, but when people started enquiring about buying the T-shirts and jumpers, I thought, ‘OK, let’s turn this into a bigger brand.’”

The unisex collective of essentials features bold typography across jumpers, T-shirts, hats and the all-occasion tote with the palette keeping it fresh in black, white and grey, for now. Front facing EGO lettering takes a less subtle approach in gold and in addition to more subdued neutrals, with BY FRANK detailing the back. For a man rarely seen outside a black T-shirt, jeans and sneakers, metallic gold proves an unexpected choice.

“Gold is a very extravagant, flashy colour isn’t it … there’s nothing more indicative of an ego than gold,” says Frank.

For those who have ever pondered the age of this success story, a hint lies in the ‘78’ stamped across various styles – another simple yet genius ode to the brand’s creator and a fresh gesture for the street. Much like the BIBA ethos of which Frank is a feature, EGO believes style is ageless and has welcomed wearers from 16 to 60 and well beyond the sphere of hairdressers.

“Made here in Fitzroy, we’ll be selling EGO in-salon but we want this brand to go beyond the sphere of hairdressing … we’re receiving interest from all types of consumers and not just here in Australia, around the world. I can’t keep up with the Instagram enquiries, it’s crazy.”

We were lucky enough to be on-set with Frank and his team as they created the very first Ego by Frank campaign shoot. It was relaxed, fun and channeling those early Nineties hip-hop vibes. Denim layers took untraditional turns and, in true Frank flare, Glad Wrap proved key.

“I was wrapping my son’s lunch this morning and I thought ‘wouldn’t it be cool to wrap the girls in Glad Wrap today?’” As you do.

“This is the beginning,” Frank considered, looking outward on-set to the magic unfolding before him.

“This is the best, most fun part about it. Ego by Frank might last for a month or it could be an ongoing thing, but it’s a change in agenda. Not everything needs to be hair related.”

And this is perhaps Frank’s secret to success. Looking beyond the craft for further challenge, believing in his ideas yet never taking himself too seriously. An open mind and an open agenda, that’s EGO by Frank.

Browse the collection at our SHOP.