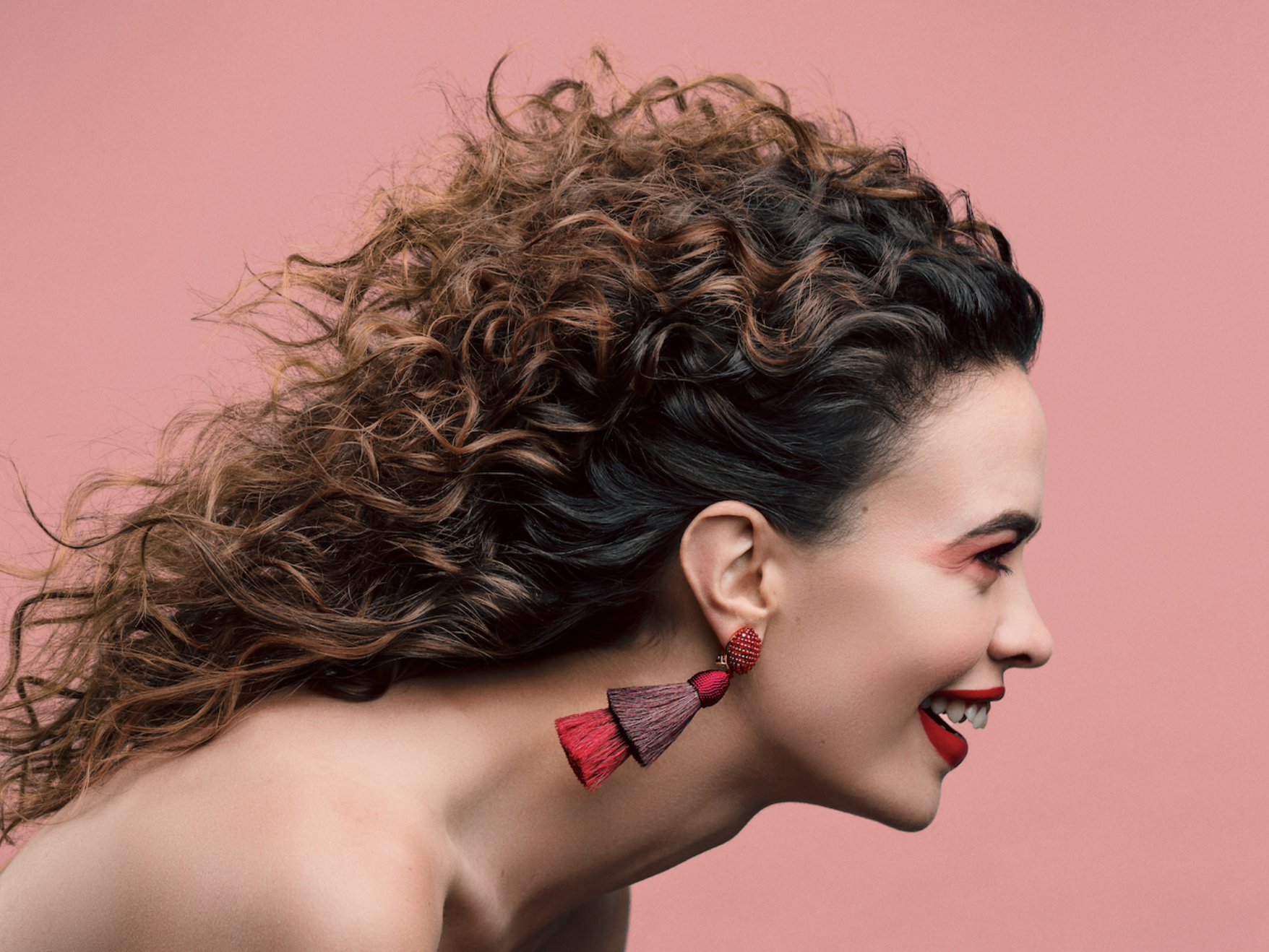 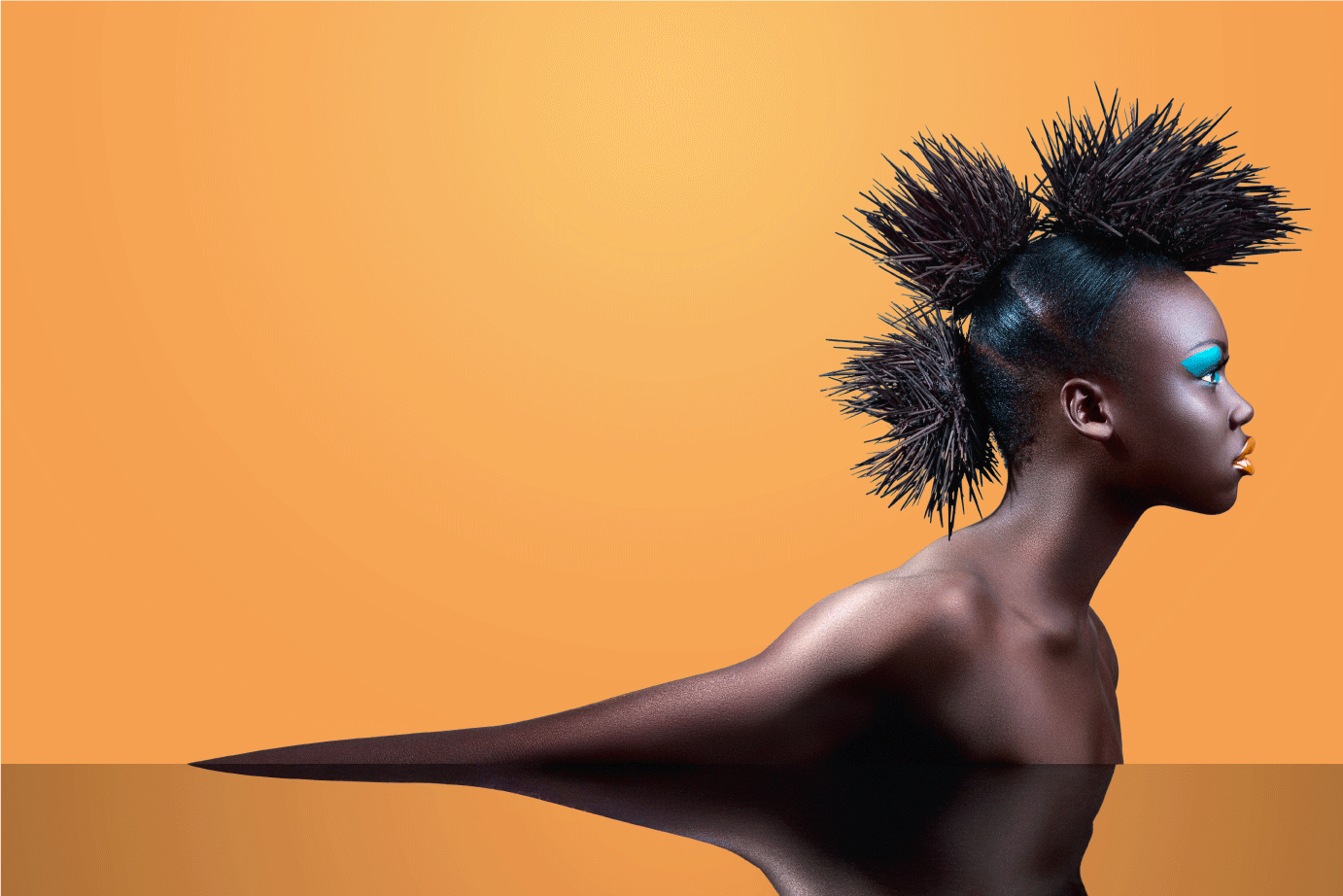 There’s no denying the hair world is a multi-faceted one.

One minute you’re tending to your regular salon clients, the next you’re being whisked away to assist backstage at New York Fashion Week. Or, in the case of Sfumato Hair’s Wayne Chappell, you’re a crucial part of a large scale national project; one that’s as conceptually relevant as it is aesthetically appealing.

Enter ‘Eat the Problem’. Conceived and produced by American artist slash curator (slash sustainability warrior) Kirsha Kaechele, the project spans a number of interwoven mediums, from print and sculpture through to installation and performance art – all executed with thoughtful finesse.

At the core of the project?

A 544 printed anthology featuring a series of commissioned photographs, artworks from MONA’s permanent collections and a string of written and visual contributions from a lineup of distinguished chefs, writers, scientists and philosophers from across the cultural sphere.

Conceived as a meditation on eating, destroying and transforming invasive species into art, ‘Eat the Problem’ holds a surrealist-filtered mirror to society, provoking readers to consider the effects humanity’s habits have on our ecological framework.

As such, it includes a compendium of recipes for life, articulated in the form of poetry, essays, scatological musings and interviews; each of which is accompanied by a stirring, symbolic visual – a selection of which are pictured on this page.

Here, creative contributor and resident hair artist Wayne Chappell shares his experiences collaborating on the mammoth project that was.

TJ: For those not yet acquainted, introduce yourself…

WC: I was born in Hobart, Tasmania and began hairdressing in 1978. 2019 marked my 40th year in the industry, with 31 years as a salon owner. I inherited Picasso for Hair through my first salon partnership and renamed it Sfumato Hair around 12 years ago.

Along with the excitement of our MONA and and DARK MOFO collaborations, we’ve experienced recent success with our Australian Apprentice of the Year Winner, as a Best New Salon Design finalist, as an Australian Salon Marketing Awards finalist and as a Goldwell Color Zoom finalist.

How were you first introduced to Eat the Problem?

WC: Michele Boyde (a local creative director and milliner whom I regularly work with on DARK MOFO projects) invited me to assist her with a photographic, headwear based concept that she was developing for Eat the Problem with Kirsha Kaechele.

[Together, we created] six images based on the briefs provided. [Being a part of] the launch of the book was emotional, and of course totally satisfying. It was so different to any other editorial work I had completed and so refreshing to deliver!

TJ: What was it about the project that resonated with you most?

WC: When you’re asked to create work for a great museum (in your home city!) it’s hard to say no. I always say: ‘Take the risk, or lose the chance’. Everything about the art world attracts me; it’s amazing to be challenged with a blank canvas and [to be given so much] creative freedom.

Working with sea urchins was certainly an experience… It was [interesting] to work on a project in which hair was not the first priority. The unknown aspect of the project grabbed me. There’s a pleasure that comes with viewing the finished image on set with the team; that moment where we all go… ‘Wow!’.

TJ: It’s an incredibly multi-faceted project… from an exhibition, to a book to a dinner series… tell us more.

WC: We waited three years from the creation of the first images to the final release. We really didn’t know until about a month before the book was launched that we were (definitely) going to be featured… but we never expected two double page spreads in the book!

The best part was the overall team experience; a journey that my team and I can never forget.

TJ: How many creatives were involved in the project? How was it ensured that each contributor was on the same page creatively / aesthetically? Talk us through the brief.

WC: I worked on three photographic images for the book with Michelle, who had a clear concept of what she wanted to achieve when she approached me. She had put together a visual creative brief that included background on the invasive species we were working with, her artistic response, visual references and a palette and plan for the photographic layout.

Michelle had been given free reign by Kirsha to create an image that used the invasive species ‘long spined sea urchin’ (scientific name centrostephanus rodgersii – get your head around that!) with the only restriction being that the image needed to work on a dark purple background (the same colour as the sea urchin’s external shell), so everything was styled with this in mind.

The long spined sea urchin has travelled down to Tasmania on the Eastern Australian Current due to warming waters over the past 17 years, and having an over-fished lobster industry here in Tasmania (the sea-urchin’s only natural predator), has meant the urchins crawl along the ocean floor with their spiny tendrils unhindered, demolishing Tasmania’s once-luscious giant underwater kelp forests and replacing them with what is known as ‘urchin barrens’ – something akin to a desert on the seabed floor.

Michelle’s creative response to this was to depict the urchin as a beautiful and destructive ‘punk of the sea’, crawling menacingly through an underwater desolate landscape.

For this first concept, Michelle had already sourced a stunning, young, first-time local model originally from Sierra Leone by the name of Nyandeng Makeur.  We collaborated with makeup artist Caitlyn Denning (who we’d worked with in the salon before) and we called upon Kishka Jensen for photography -who we’d also worked with on hair shoots before. It was a small but tight team.

The challenge for me was to create a Mohawk – made from sea urchin shells – that would be photographed in profile! We waited weeks for the right conditions in which a local diver could retrieve urchins from the sea floor. Then once Michelle had gutted, cleaned and dried them enough (!?), it was up to me to make it work with Nyandeng’s hair.

I love the way in which Michelle goes about her work… silently up until the end before “wham”… the cast is set and the magic begins!

TJ: In what capacity were you involved / talk us through the hair looks you created for each photographic image.

WC: On the strength of the first image submitted, and with the book deadline fast approaching, Michelle was asked to Art Direct another handful of images for the book using different invasive species, so she pulled myself and the rest of the team in straight away again to work on a second hair-centred concept using a (real) invasive brown snake, gold-plated headpiece commissioned by Kirsha and made by a jeweller friend of Michelle’s Lia Tabrah (Vermin the Label) from Melbourne. On makeup was Claire Hunt.

Michelle again had a clear idea about what this photo would look like, a fantastic model and contemporary dancer by the name of Lilian Steiner, and provided a visual brief that I was able to work with.

Generally Michelle presents me with a moodboard and a detailed brief, which I then go away and work out on mannequin heads before presenting it to her for feedback. We repeated this process, fine tuning for another month before finalising the final image brief.

Once on set – like all photographic projects – things came to life once in motion. The thing with these projects is that our work had to bend with another 544 images for the book. This was where the pressure stepped up, as we had no idea what everyone else was doing. All we knew came from Kirsha, when she said “Yes, I love and it and it works for the book.”

The Tree Snake image was totally left of field to the sea urchin image. Firstly, it was alive! It was a real tree snake dipped in 24crt gold and was a personal piece of Kirsha’s art work collection – so the thought of damaging such an expensive piece was nerve racking to say the least!

The model’s hair was made to like the bark of a tree and the gold leaf represented the shedding of snake skin – with the snake focused on the prized egg before it – hence the intense focus and extended neck. Hair was prepared in gold makeup and spray, along with KMS Hairplay Styling Gel to set the texture.

TJ: Talk us through the project’s tour of last year’s DARK MOFO festival.

WC: ‘Eat the Problem’ was launched last April with a VIP feast and exhibition by Kirsha, followed by two more ticketed feasts at MONA to open Dark Mofo. Guests sat at a rainbow-hued, giant glockenspiel table – in colour coded outfits – and were served the dishes from ‘Eat the Problem’ by choreographed waiters.

For us, Dark Mofo ’19 involved five days of working with a huge crew to market images that would launch worldwide for the brand (e.g. Qantas, tourism the MONA website) and of course the event, where over 200k tourists embark upon Tasmania and Hobart for the winter solstice festival.

Last year we were commissioned to work alongside a new international music act (Costume) where we filmed four film clips to four songs that were launched at Dark Mofo.

Our biggest night was Costume’s debut launch at the Odeon Theatre Hobart, and the spectacular new events venue ‘The Hanging Gardens’ in the CBD of Hobart city centre. It was so satisfying to see our work featured on YouTube live, iTunes and hard copy vinyls for sale throughout the festivals.

TJ: As a creative, where do you typically source your own creative inspiration? What is inspiring you at present?

WC: Life in general really. Nature inspires me every day, then that flows through into my day. If you follow my personal Instagram, it’s generally things in nature, art or anything that simply impresses to stop and think: “You know what… I need to capture that”.

It’s these things that I go back to – that inspire me to create.Home, work, or just living on this great planet we get to experience in our gift of life.

TJ: If not hair, could you see yourself exploring any other creative modes or forms?

WC: If I had youth on my side, I’d consider a career in landscape design. I love nature and I love creating an escape for time-out in a hidden garden. Working on anything that involves creativity or something that hasn’t been done or thought of… or perfected to a level that deserves attention.

For more information on ‘Eat the Problem’, or to purchase the book for yourself, visit https://mona.net.au. To keep up with Wayne and the Sfumato team, follow @wayne.chappell + @sfumatohair.

CULTURE: IN CONVERSATION WITH JENNY KEE AND LINDA JACKSON