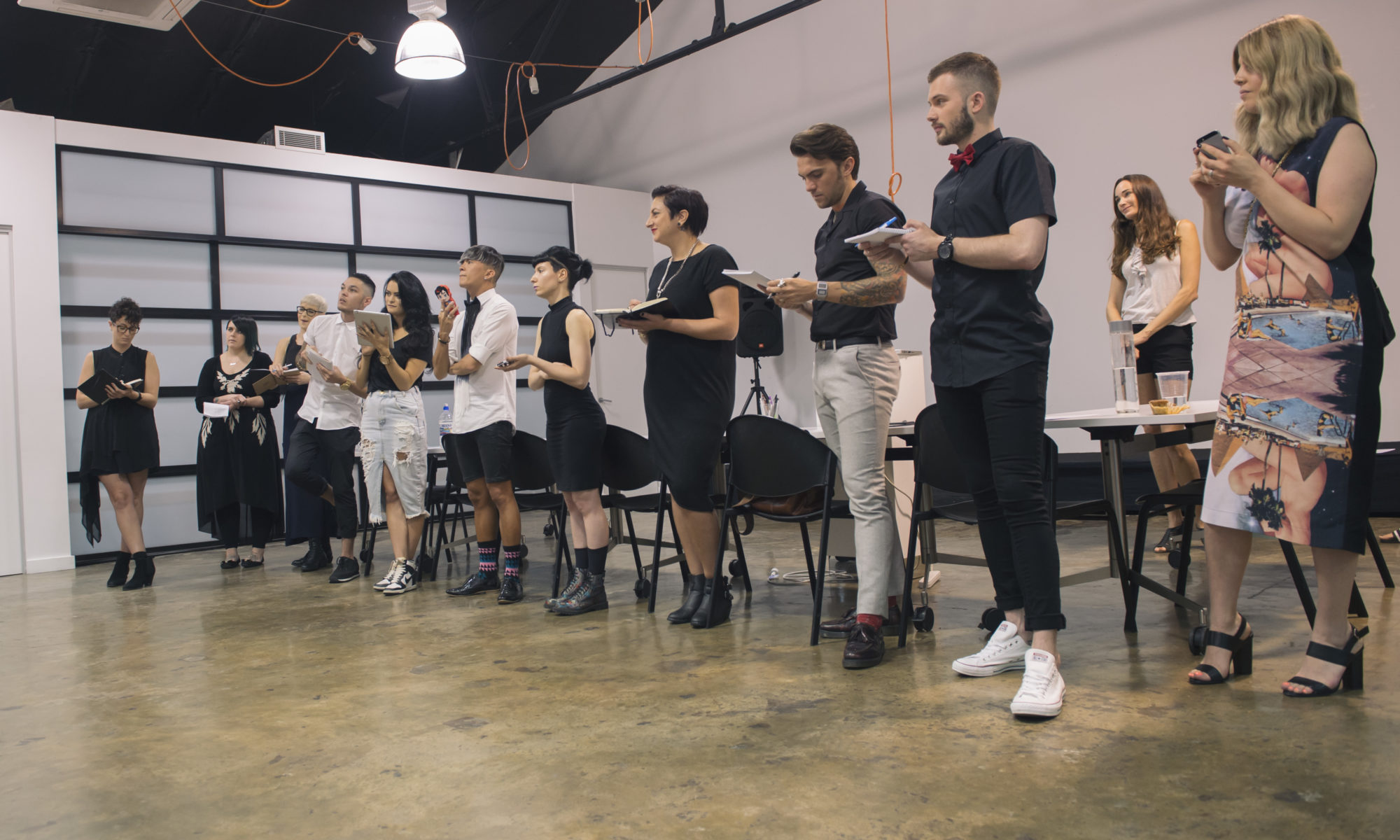 Held at La Biosthetique Academy, the intense schedule kicked off with the exciting introduction of the 2015 F.A.M.E Team Creative Director. Taking over the reigns from Leesa Smith, the team were introduced to one of the industry’s finest mentors and a true gentleman in Brett McKinnon of Paddington’s Murphy Gozzard. “Education is a gene that cements success. The power of F.A.M.E is fuelled by a content rich programme, delivered in very diverse environments, by an incredibly unique pool of talent,” said Brett. “By combining mentorship with peer consul over a
period of 12 months, it is a once in a lifetime opportunity for these young people, to join a force that is greater than they will individually ever experience. I am thrilled to be part of this project in 2015.”

Following a structural overview of the F.A.M.E programme and a clear message about the importance of cohesion and teamwork, the 11 youngsters were put through a vigorous skills test, allowing judges to observe their creative interpretation, and skill execution. The afternoon session saw the group take to the stage in smaller groups to present a pre-done model and partake in a Q&A with the esteemed judging panel.

The year will see the chosen 4 participate in group and individual mentoring sessions with local and international leaders in education, business and artistic fields. They will also partake in the Generation Next Show and Main Stage throughout Hair Expo 2015, shoot an editorial fashion spread and go on a multicity international trip of a lifetime, which will include the opportunity to present at Salon International (London).

With the competition coming to it’s head, the final 4 F.A.M.E Team members will be announced only weeks away on the 29th March 2015 at the Australian Hair Fashion Awards Gala at Luna Park Sydney.