When one is shipwrecked the best thing to do is behave in the most louche and romantic way possible. 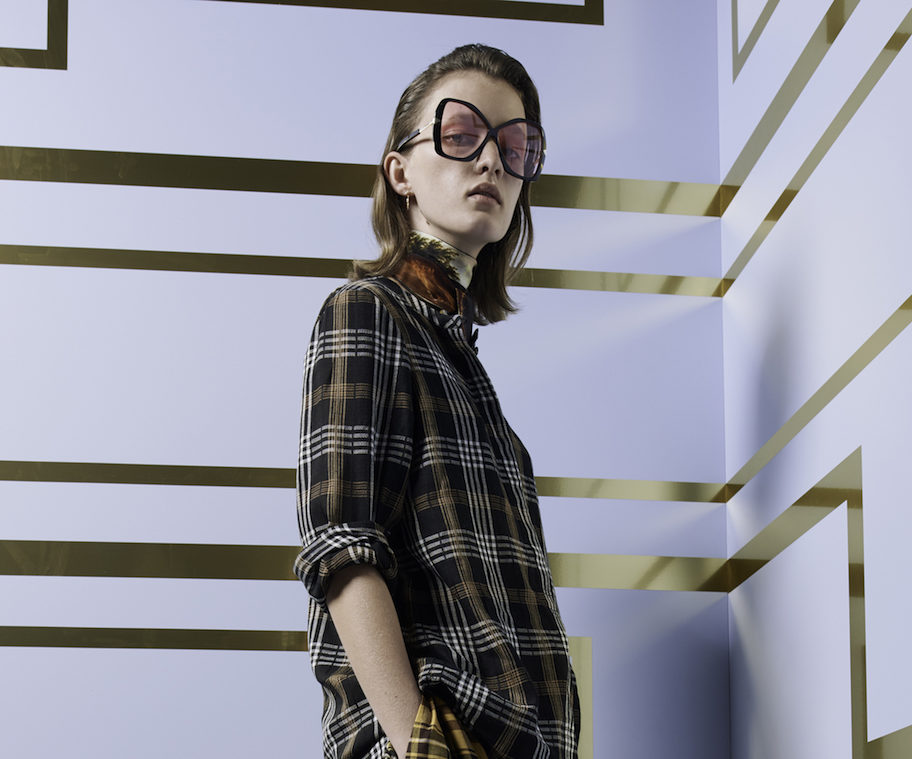 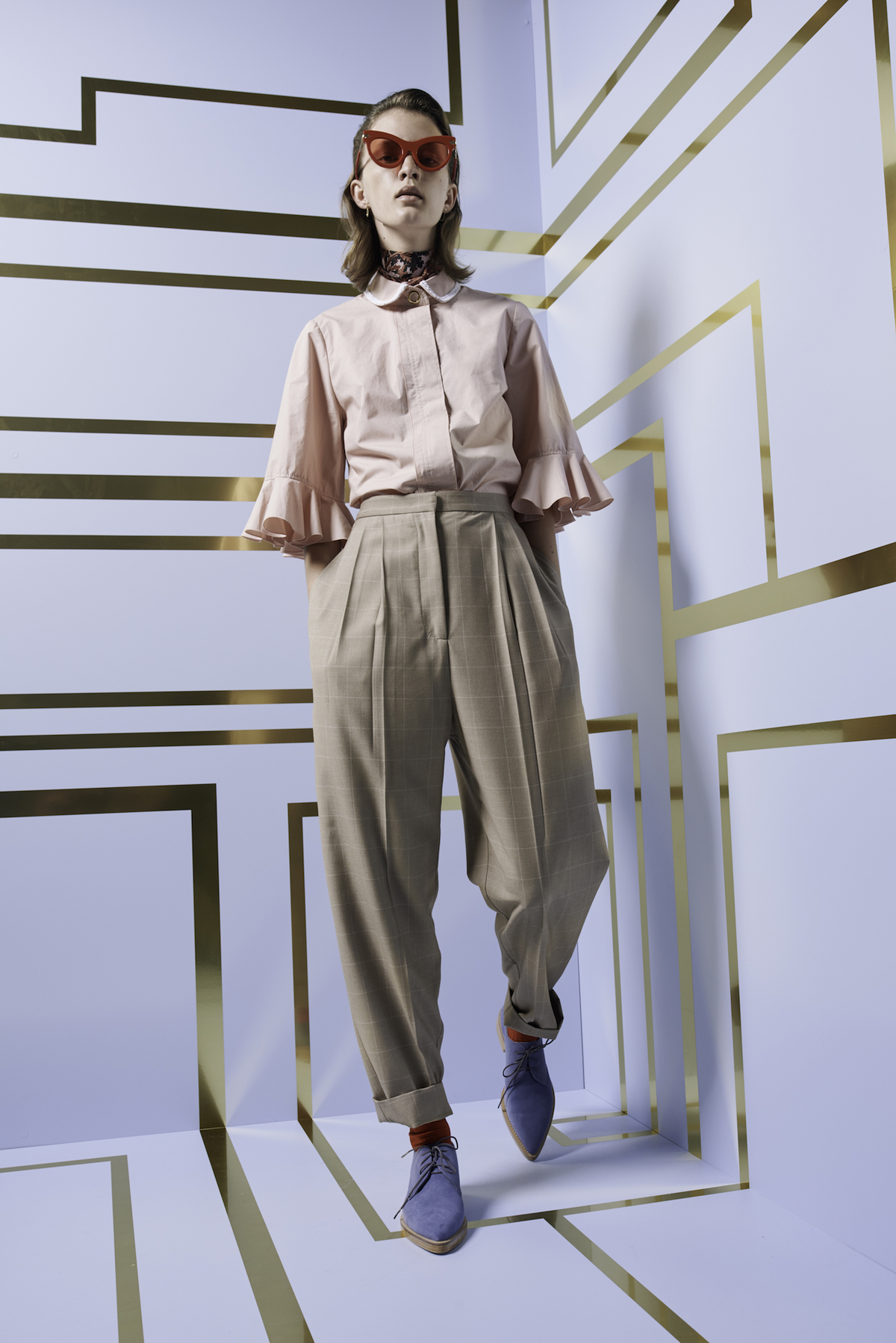 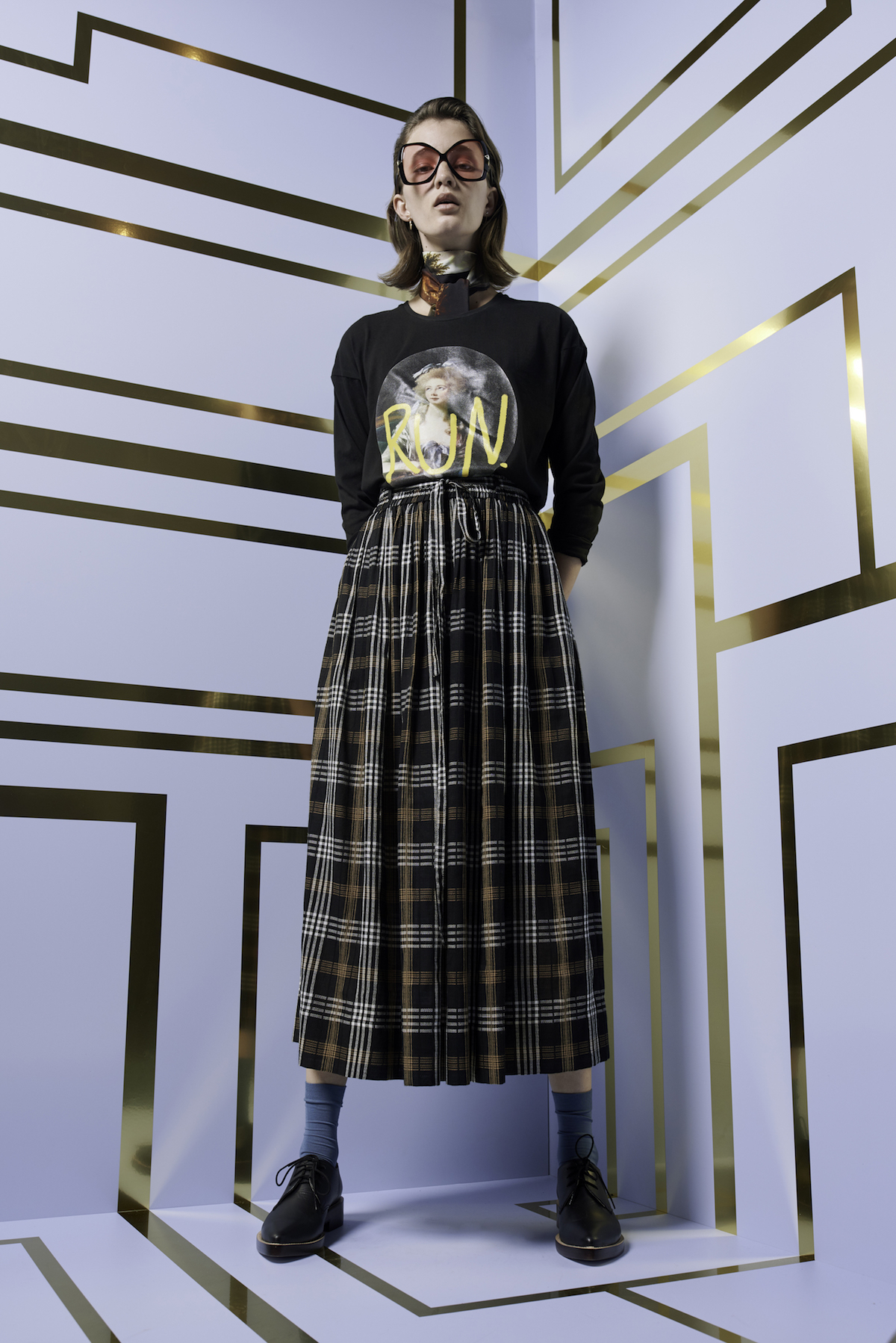 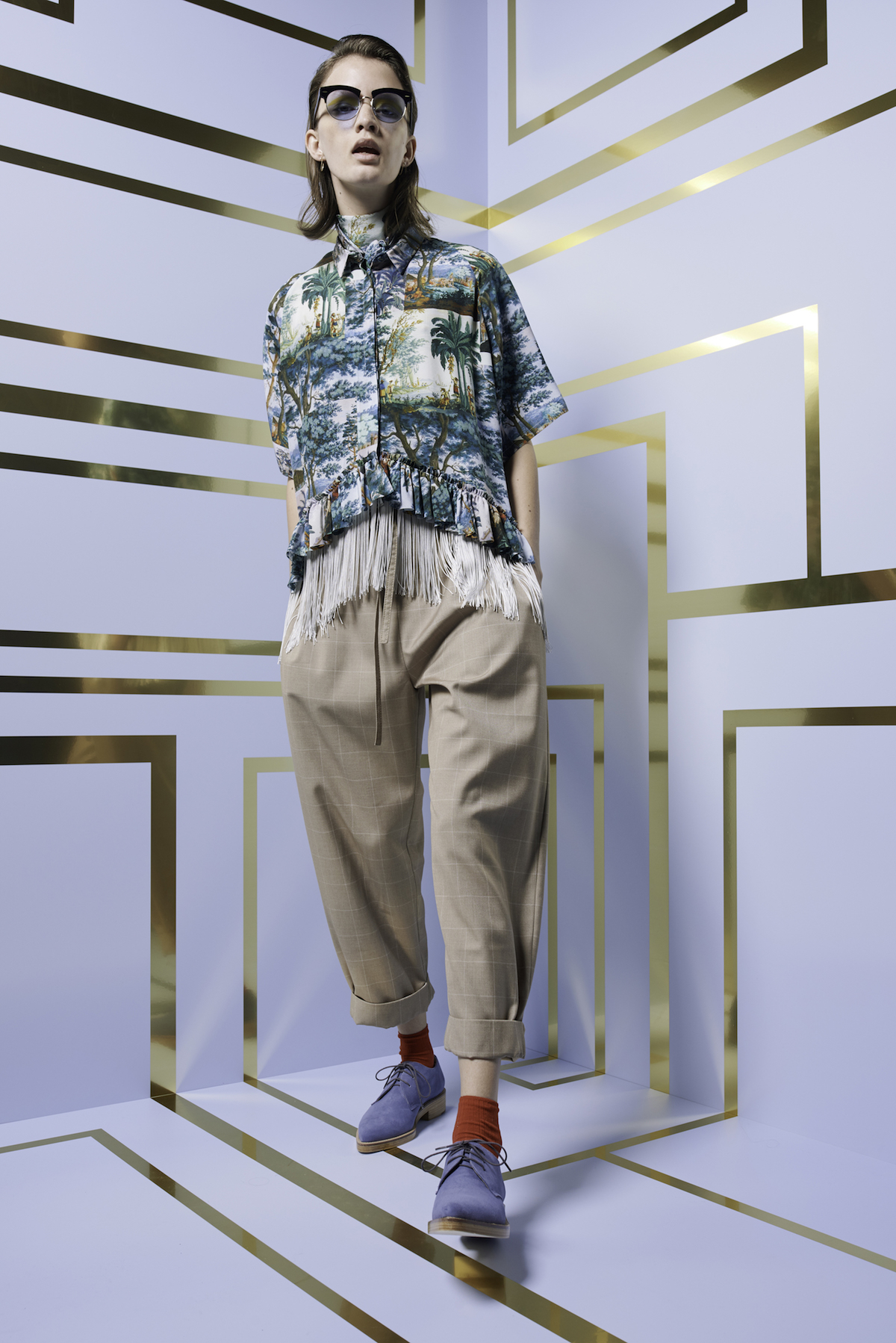 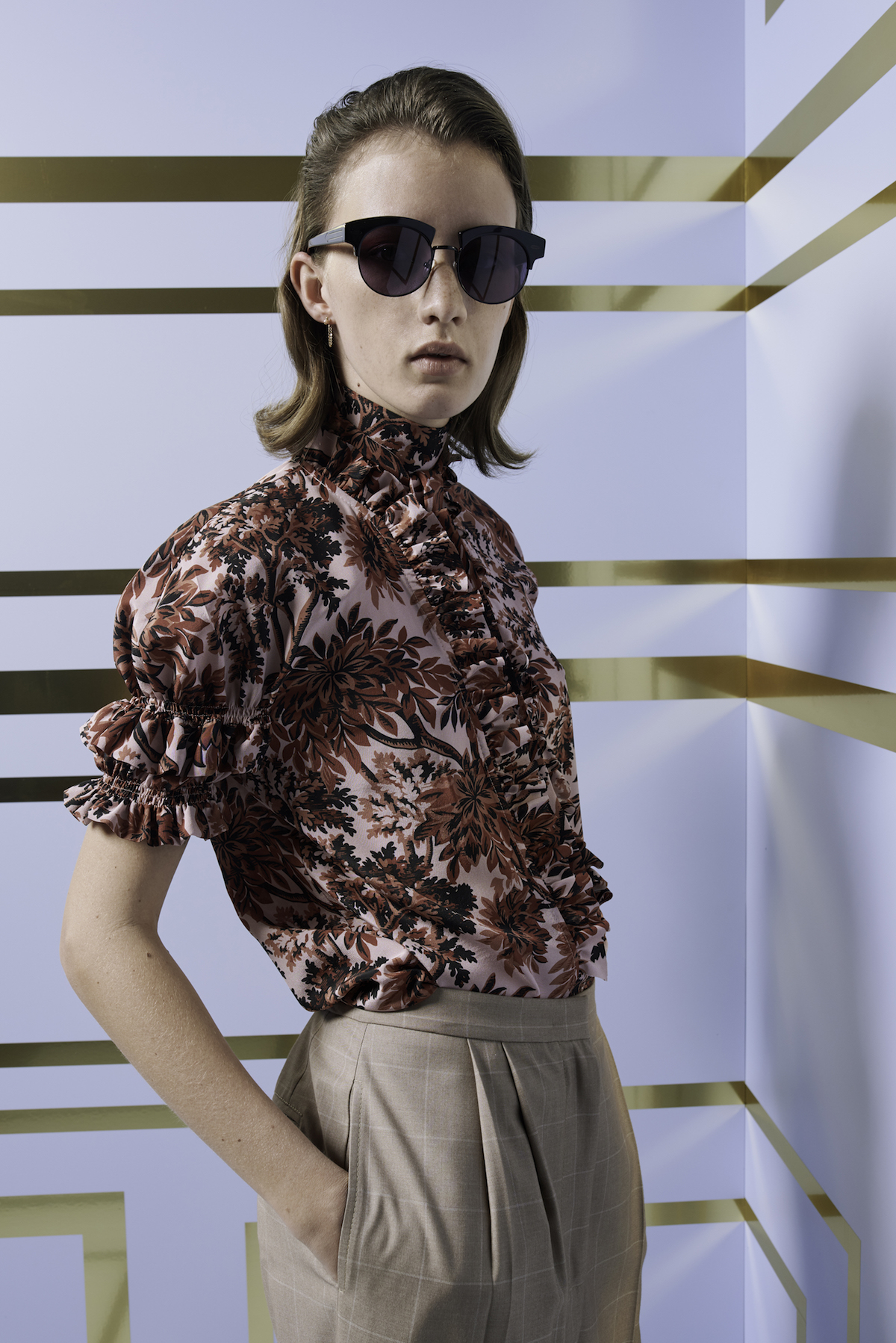 Its been just over two years since the death of cultural icon, David Bowie. His star struck legacy lingers as the original inspiration for Karen Walker’s Spring 2018 ‘Lost in Paradise’ collection.

Reflective of the suave, angular, eye-catching Thin White Duke persona held by Bowie, and re-imagined through the sunglass lenses of Walker’s perennial wanderlust, the May/June collection is a fantastical paradise.

Both reminiscent of her previous collections, and exploring new and eclectic bohemian influences, think tropical prints paired with dandyish check suiting and formal coats. Mannish suits that are deceptively soft and relaxed. Artist smocks appearing as utility cotton drills and soft shirting checks. All separates capable of dressing up or down as occasions require.

With influence also heralding from the peppy, somewhat put together but consumptive nature of named influencers Rimbaud and John Lydon, cashmere, sweatshirts and crêpe de Chine soften the overall feel of the collection, hinting at a bourgeois subversion.

The effect, says Walker, is “a shipwreck on a forgotten atoll, with the remnants of our adventurers’ possessions washed ashore and a makeshift Victorian parlour being recreated with an Axminster thrown down on the sand, tassels, and frills trimming the palm fronds”.

“When one is shipwrecked” she continues, “the best thing to do is behave in the most louche and romantic way possible.”

For icons such as Bowie, Rimbaud and Lydon, it may well be preferred to “remain lost forever in their own fantastical paradise than to risk a barefaced confrontation with the real world.”

For us mere mortals, immersing ourselves in the ‘Lost in Paradise’ collection may just be the next best thing to an island escape.