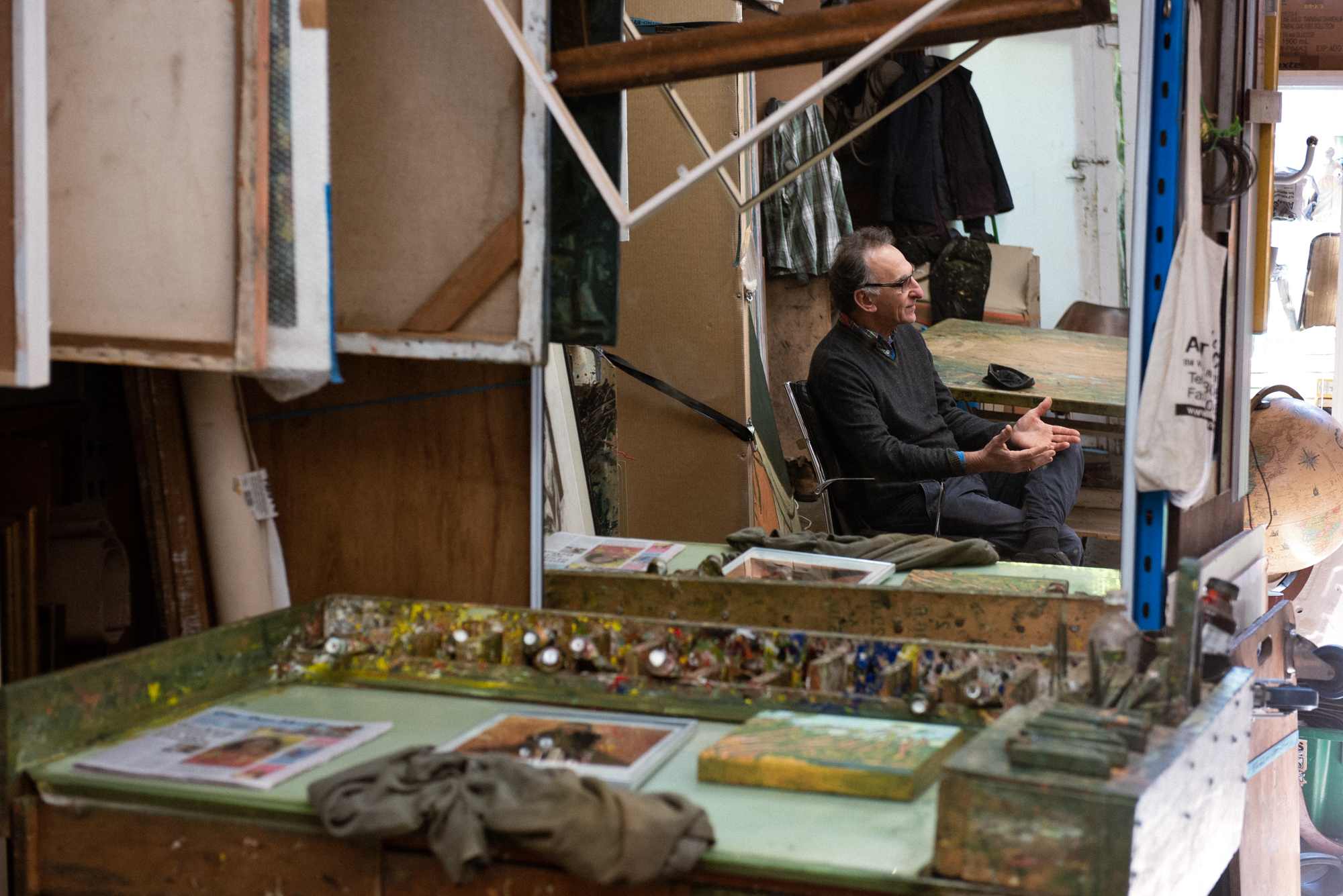 The challenge for me is to trap the energy of my sitter — the emotional feeling over and above the physical reality. In my portrait of Lindy, I have kept the colour minimal to avoid any visual noise. 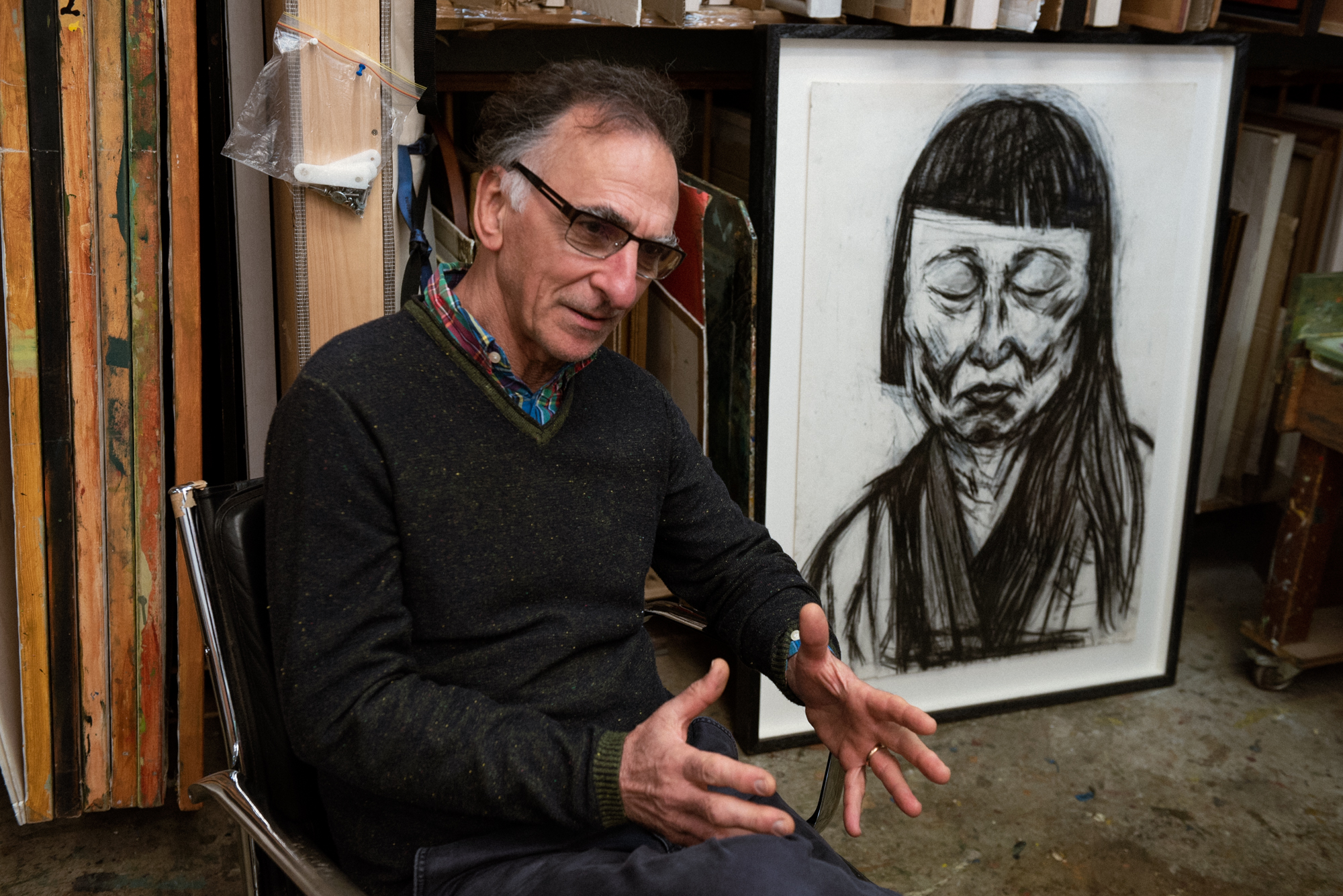 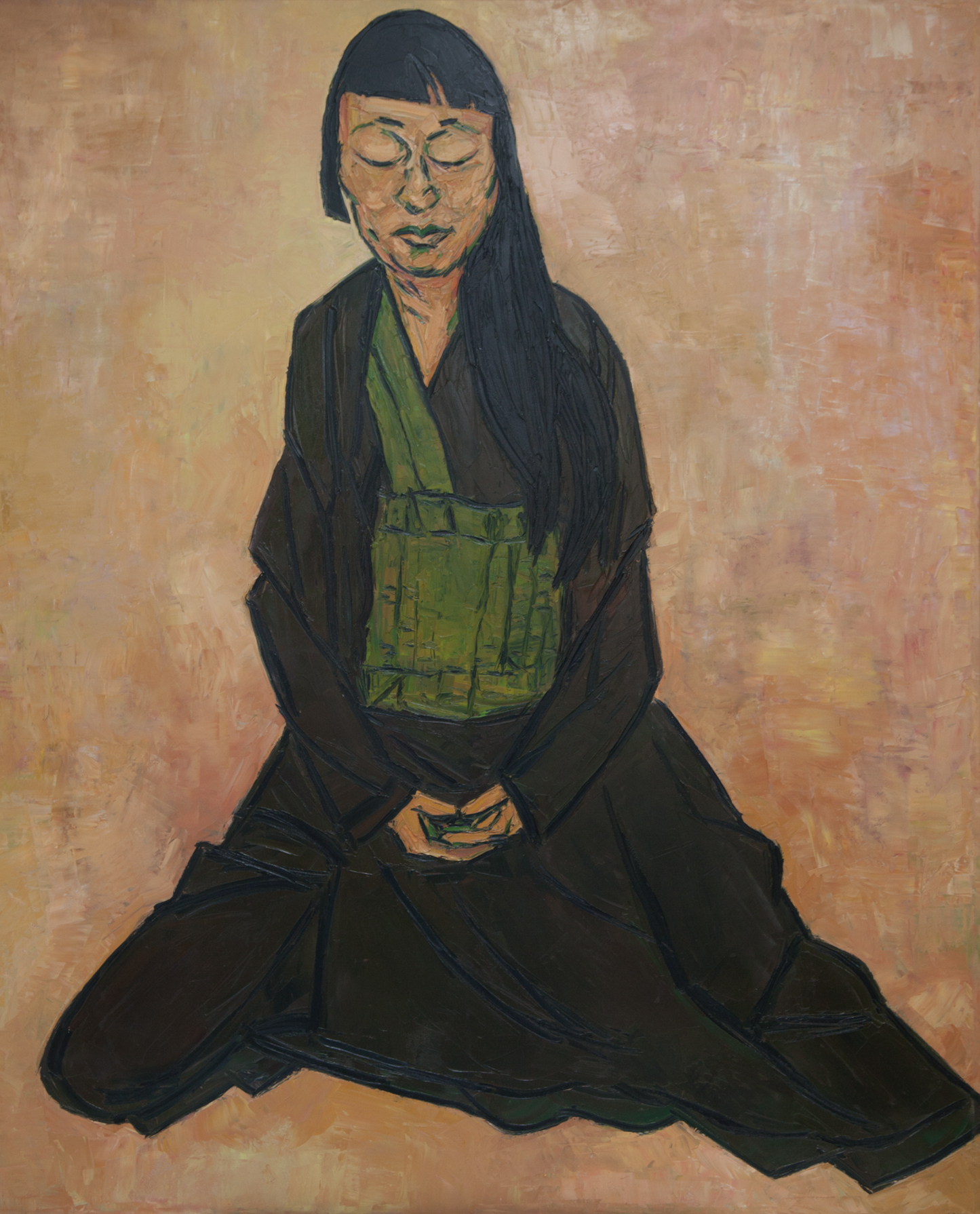 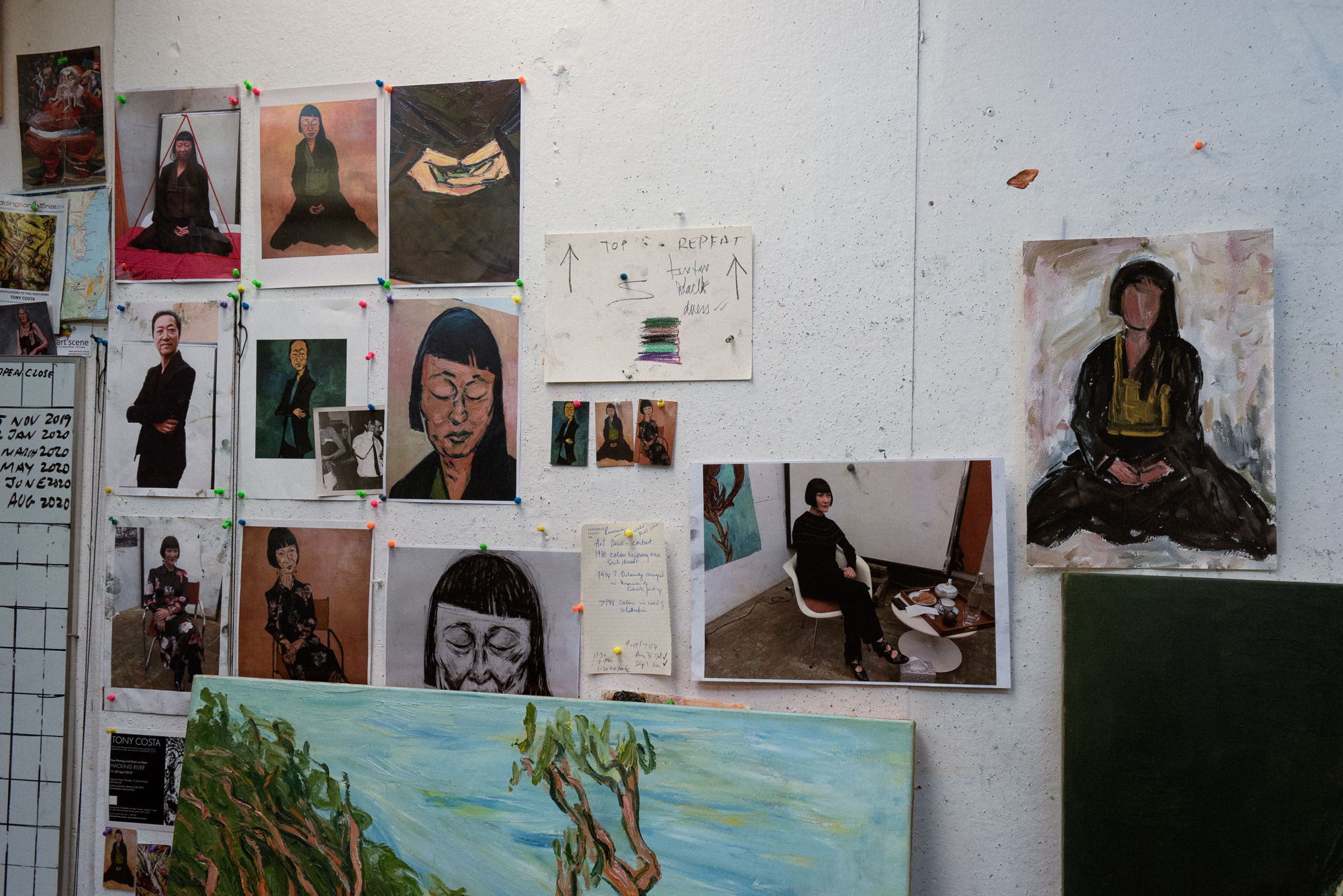 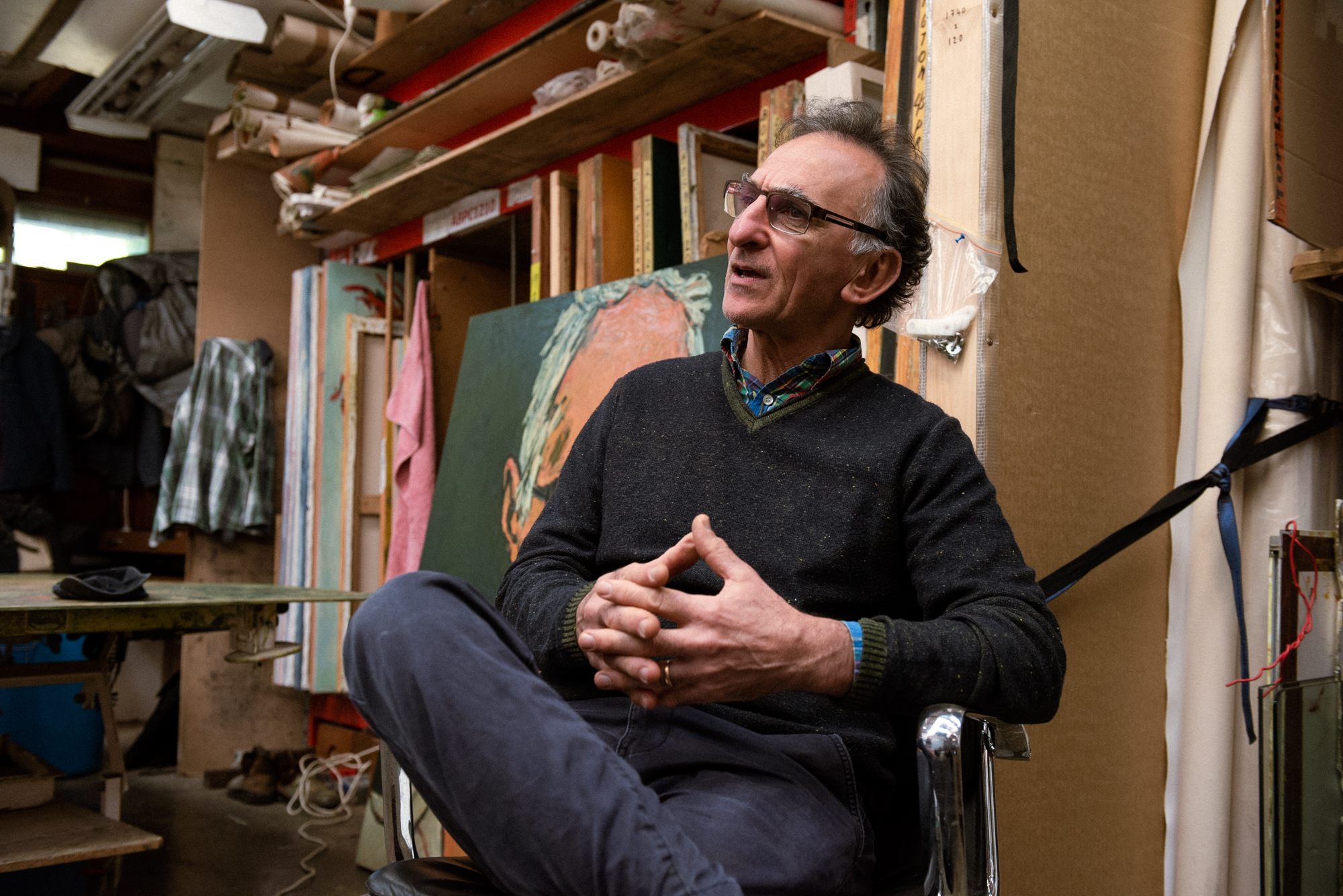 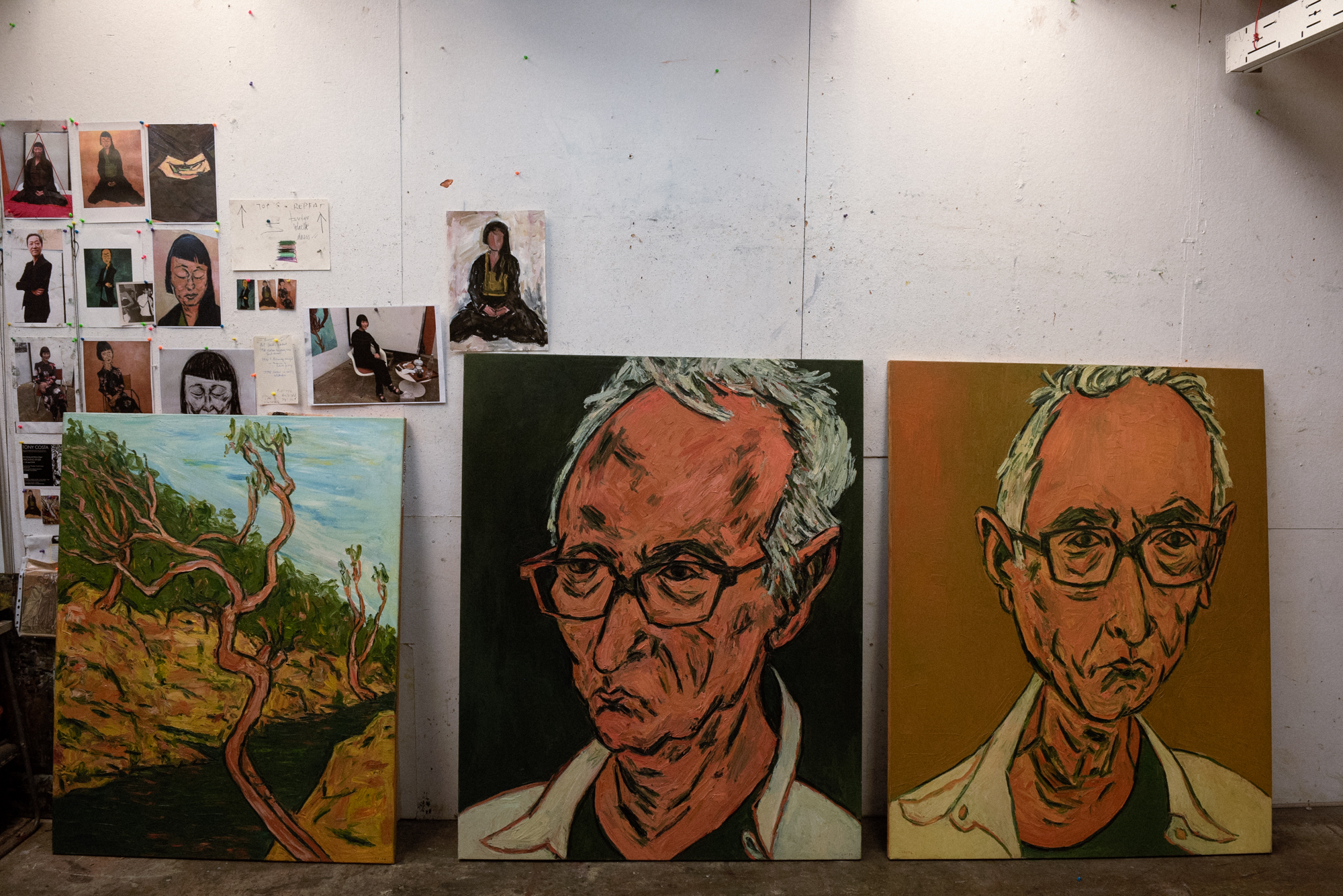 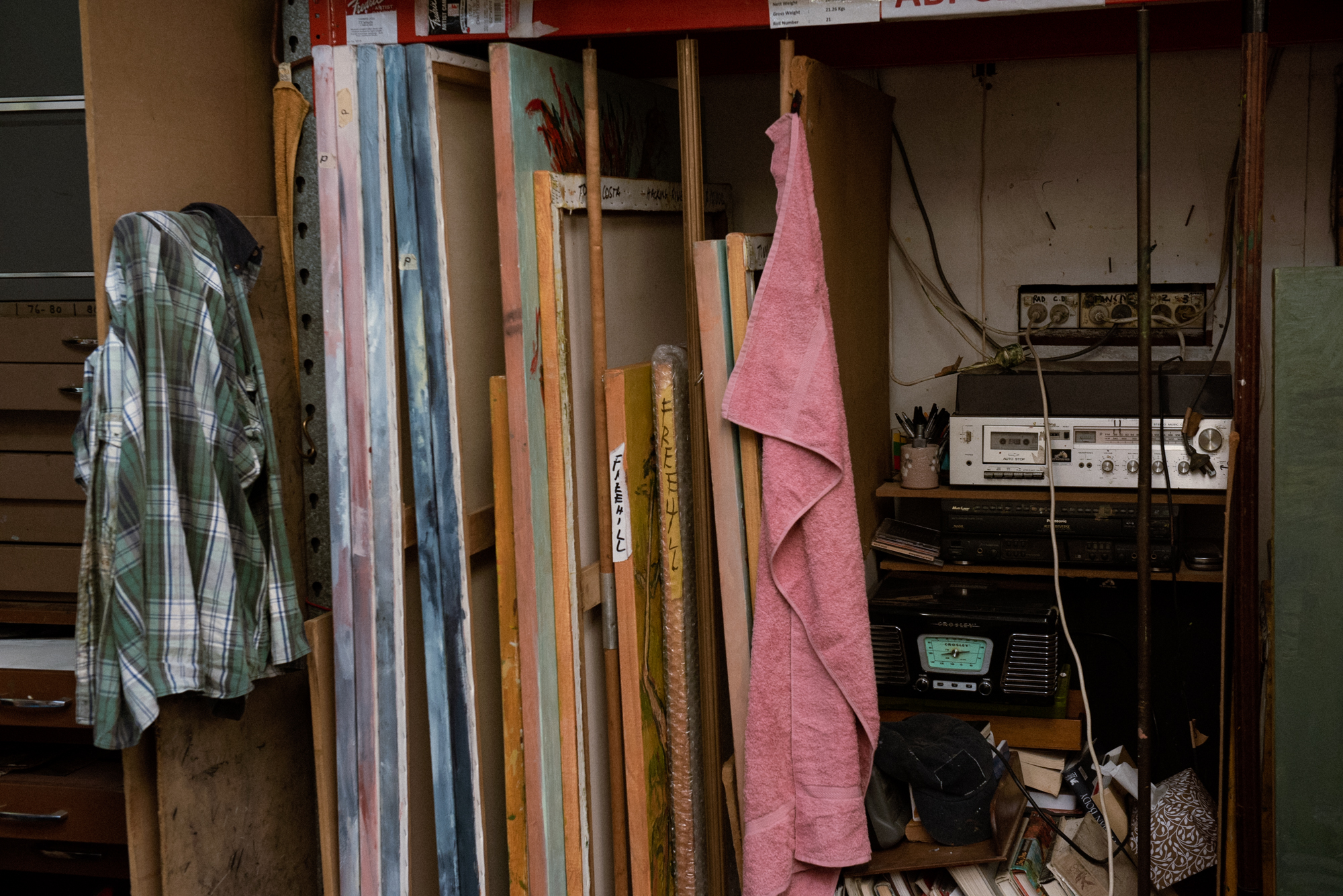 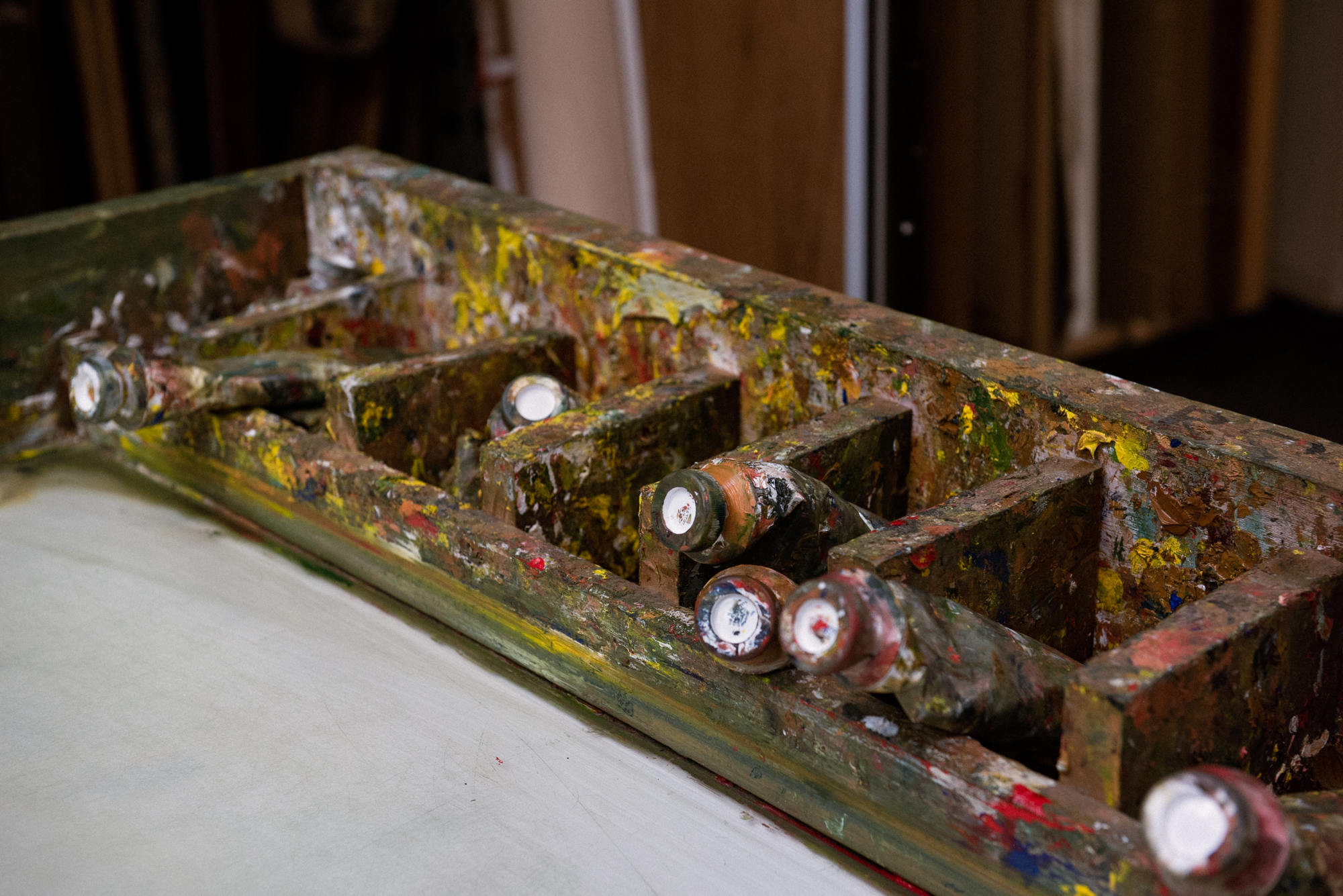 Last month, THE JOURNAL caught up with 2019 Archibald Prize winner, Tony Costa inside his eclectic Sydney studio. Guiding us through his portfolio to date, the artist shared his inspirations, formal practice and the process behind his award winning portrait of Lindy Lee.

Follow your art. Three words that inspired a young Tony Costa to abandon his undergraduate law studies and commence formal training in the art of painting.

More than a couple of years on, and a flourishing career later, those same words would go onto inspire his fourth foray into the annual Archibald Prize (Australia’s most distinguished art honour); a prize that Tony won this year with his aptly meditative rendering of fellow painter, Lindy Lee.

Three words that, alongside the painter’s courage, talent and persistence, made all the difference. In a twist of celestial humour, it seems the original statement may have been (ever so slightly) lost in translation; though the sentiment nevertheless reigns serendipitously pertinent.

“The best advice I’ve ever received was from my late mother,” Tony shares, elegantly perched atop a vintage Marcel Breuer stool (1930’s, no less) inside his eclectic Strathfield studio. “She said, ‘Tony, follow your heart’, though at the time I thought she said follow your art.”

Semantics, of course. The son of first generation Sicilian immigrants, Tony grew up amid the culturally symphonic backdrop of Sydney’s inner west, burying his artistic ambitions to study Law at UNSW following his high school certificate.

Next up, a two year tenure at the prestigious Julian Ashton Art School (an institution that counts fellow Archibald winner Brett Whitely among its prodigious alumni) before an encounter with Hungarian painter Desiderius Orban prompted Tony to rethink his entire education and embark on a journey of self- discovery.

“At Julian Ashton I was taught the fundamentals; colour, tone and drawing but after a few years I became restless,” recalls Tony. “In 1978 I met Orban who first introduced me to the idea of Zen and the notion of disregarding anything binding, institutional or restrictive. He told me to forget everything I had learnt during my studies.”

An idea met with an obligatory degree of ambivalence. “I was shocked at first, but didn’t dismiss the idea outright. It took me a long time to absorb what he was saying, and even longer to arrive at that language; to really evolve as a painter.”

And evolve he did; drawing creative stimuli and impetus from his travels and extensive research into Zen Buddhism and adjacent Eastern Philosophies.

During this period, Tony also conducted further study into German Expressionism and its offshoot movements Transavanguardia (popular in his native Italy) and Neo Expressionism; all of which struck obvious conceptual and aesthetic chords for the burgeoning talent.

“During the 1980’s there was a widespread revival of Expressionism, with artists seeking to bring that intensity of feeling back into their work,” says Tony.

“It was a true resurgence of painting and reclaiming joy in the practice. It was encouraging to see other artists putting paint to canvas; using their fingers to really get into it. It felt as though there was a club of others who were interested in the same type of art I was creating, and that gave me the courage to keep doing what I was doing.”

It was the Expressionists’ pure cerebral abandon and autonomous approach to artistry that inspired Tony’s own technical practice; namely scraping oil paint over canvas (in what Tony describes as a ‘whoosh’ motion) and extrapolating details with his own hands. “I work with my fingers,” says Tony.

“When you work with a brush there’s a temptation to spell out the details but that’s not the sort of painting I wish to create. I don’t own a paint brush. My paintings are gestural; working directly with my hands, it’s almost as though I’ve made contact with the human. In some ways I’ve bypassed my brain. You don’t want to be cognizant when you’re creating because painting is about feeling.”

As was the case during the creation of Lindy’s portrait. “It’s the sensation over and above the information. The colour is minimal to avoid any visual noise. I don’t paint didactically; I try to meet the viewer half way, and it’s in this way that the painting becomes more challenging; more interesting. There’s very little detail; enough that you’re able to identify Lindy, however it’s more about the sensation and serenity.”

On his decision to paint Lindy, Tony shares, “What I’ve discovered over the years is that I’m attracted to very strong people. I’d listened to an interview Lindy gave about five years ago and was struck by what a fascinating artist and human being she was.

She’s a highly focused individual and artist with a very strong core. She’s humble and extremely funny, but I think it’s her deep focus (specifically regarding her own practice) that I admire most. I hope that my painting has captured Lindy in her moment of serenity, and that beautiful silence that we both experienced.”

Beating a record 919 entries, Tony’s winning portrait was the first in the competition’s illustrious history to feature an Asian-Australian subject; a bifold achievement.

“Artists make the invisible visible, and through my work I’ve [made manifest] all I’m enamoured by. Moreover, The Archibald make the invisible artist visible propelling you into the limelight in a way that I’ve never before experienced.”

Though the win was not without its initial failures; failures Tony continues to welcome with full, unadulterated fervour.

“There’s a great risk factor in working the way I do. If it doesn’t work, I have to be prepared to tear it up and start again. People often ask how you know if a painting is any good. The answer? When you’ve surrounded yourself with paintings that don’t work, you know by comparison. Failure is important. I’m not terrified of failure; I welcome it in all its chaos.

As the Dutch Painter Bram Van Velde said, ‘I live in a state of perpetual astonishment’. Forget expectations and just see what happens; if you paint in this manner, you give rise to your spirit – that’s a powerful thing. You paint because you love it; and you do whatever it takes to make painting possible.”

For more information on the Archibald Prize 2019 tour, visit artgallery.nsw.gov.au. 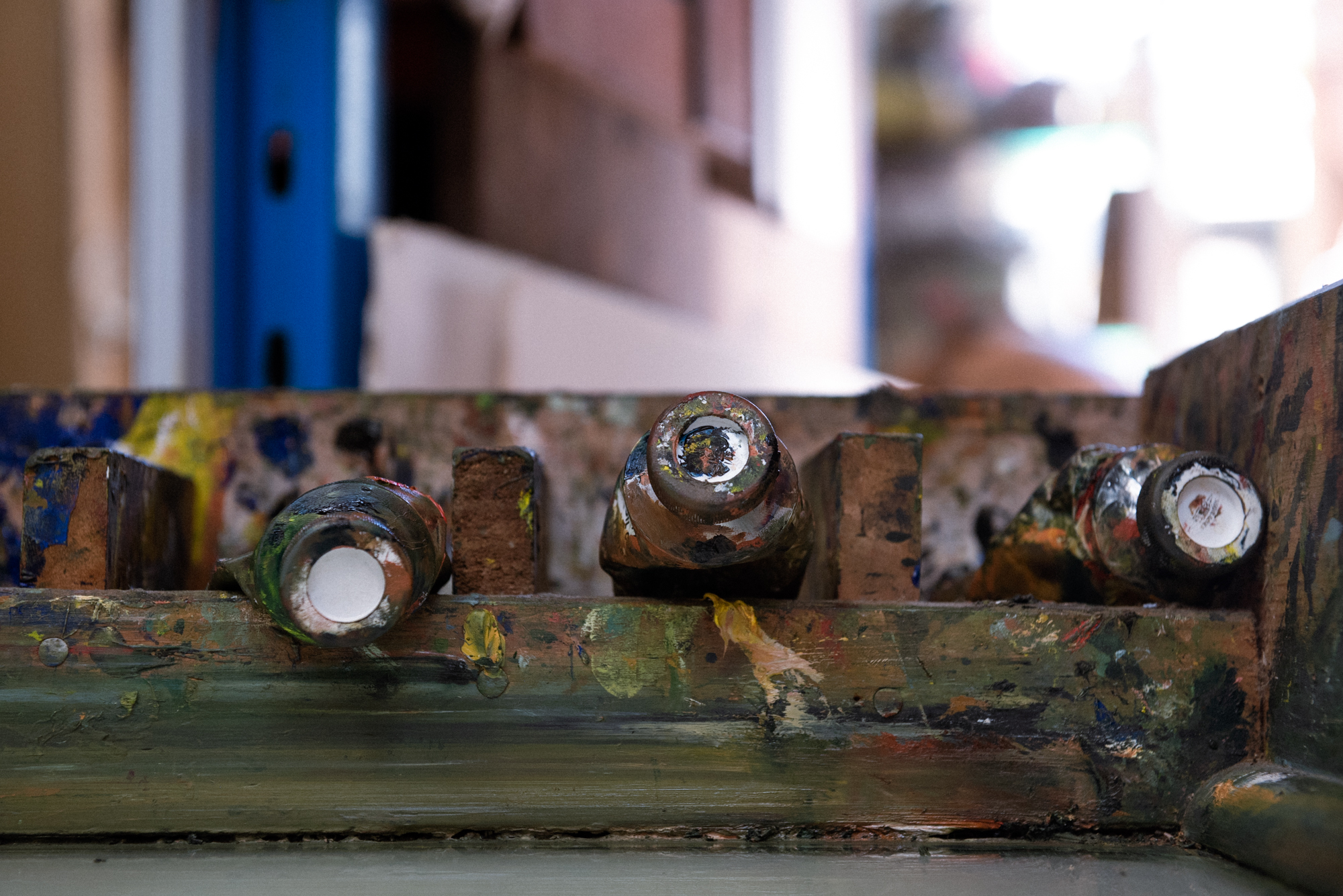