FASHION: THE BEST OF HAIR & BEAUTY FROM PARIS COUTURE WEEK

A sea of tafetta, sequins and swoonworthy organza rolls across the City of Lights yet again, as Fall 2019 Haute Couture descends upon Paris. This is a week for collaborations as the elite fashion houses display their wildest fantasie,  bringing them to life with the aid of veteran hair and make up meastros such as Pat McGrath and Guido Palau.

As always Couture Week is giving us some major inspo… enough to get us through this midway point in the year. From the timelessly chic cat eye at Chanel to Dior’s dramatic smokey eye (that may have us saying so-long to mascara); feast your eyes on some of the most exceptional hair and beauty moments of the season. 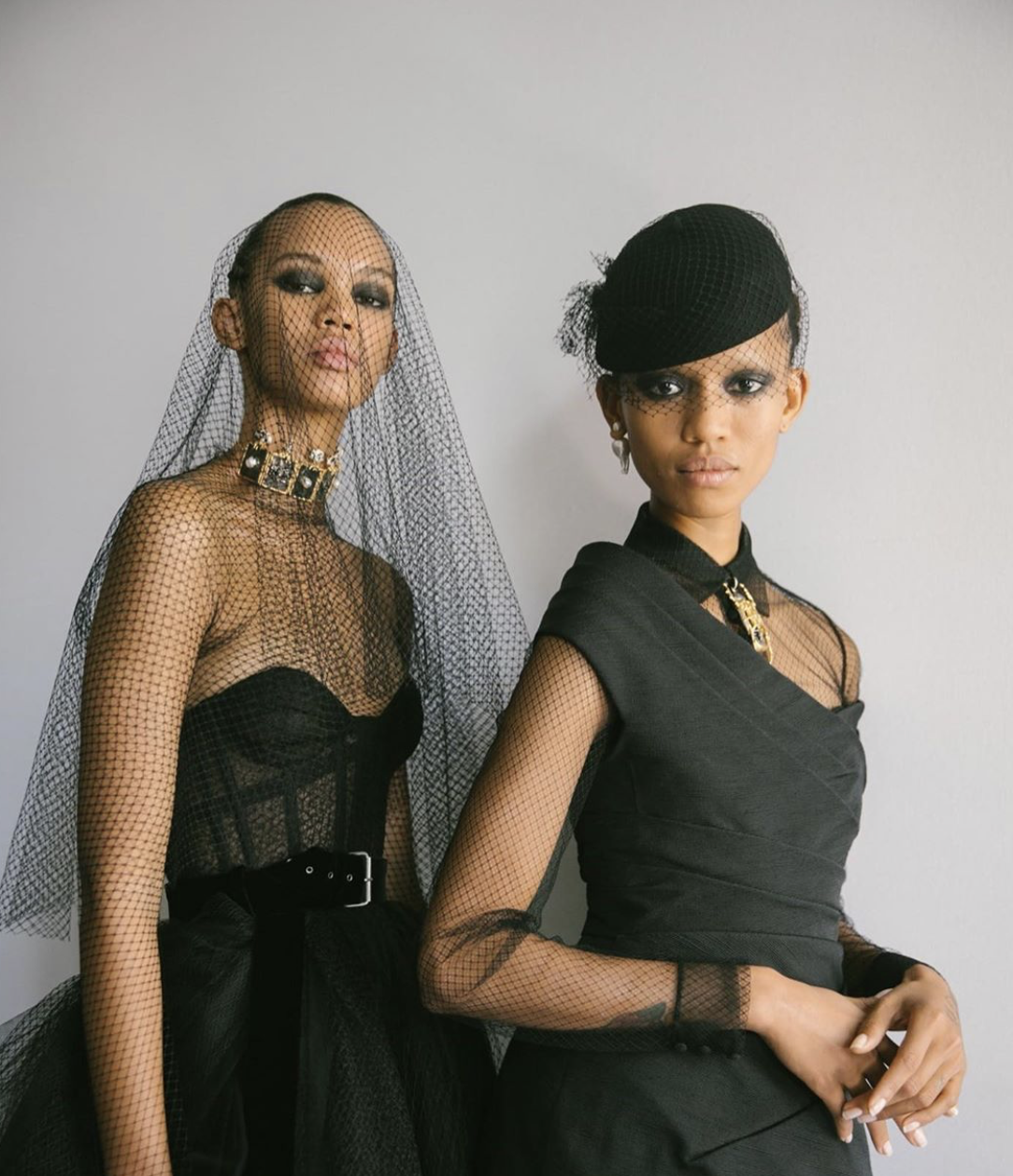 Dior’s Creative Director of Makeup Peter Phillips used this year’s Fall Couture show to prove you can do a smokey eye without mascara. Leaving the lashes bare took the sultriness out of the smokey eye, and instead paved way for a tough and dramatic cloud of shadow to do the talking.

Couple this with Redken’s Global Creative Director Guido Palau working his magic, sweeping models’ hair into chignons that featured intricately woven braids throughout. The looks were then topped with black netted veils; all adding to the dramatic and bold feel. 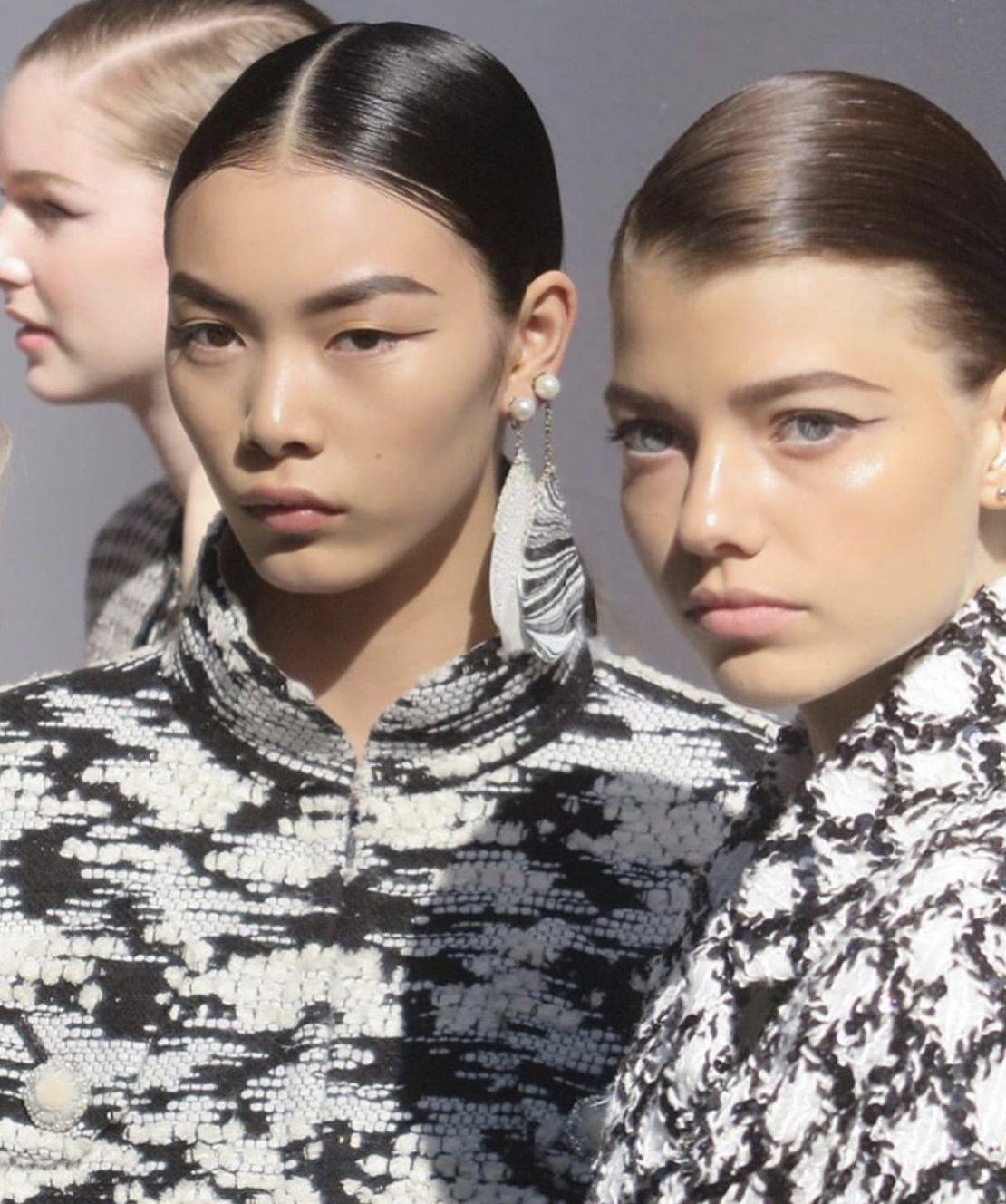 Sleek, elegant and classic; Chanel proves there is no reason to fix that which is not broken.

A sleek, low ponytail with a deep part finished off the look, as Sam McKnight styled the models with minimalism in mind. 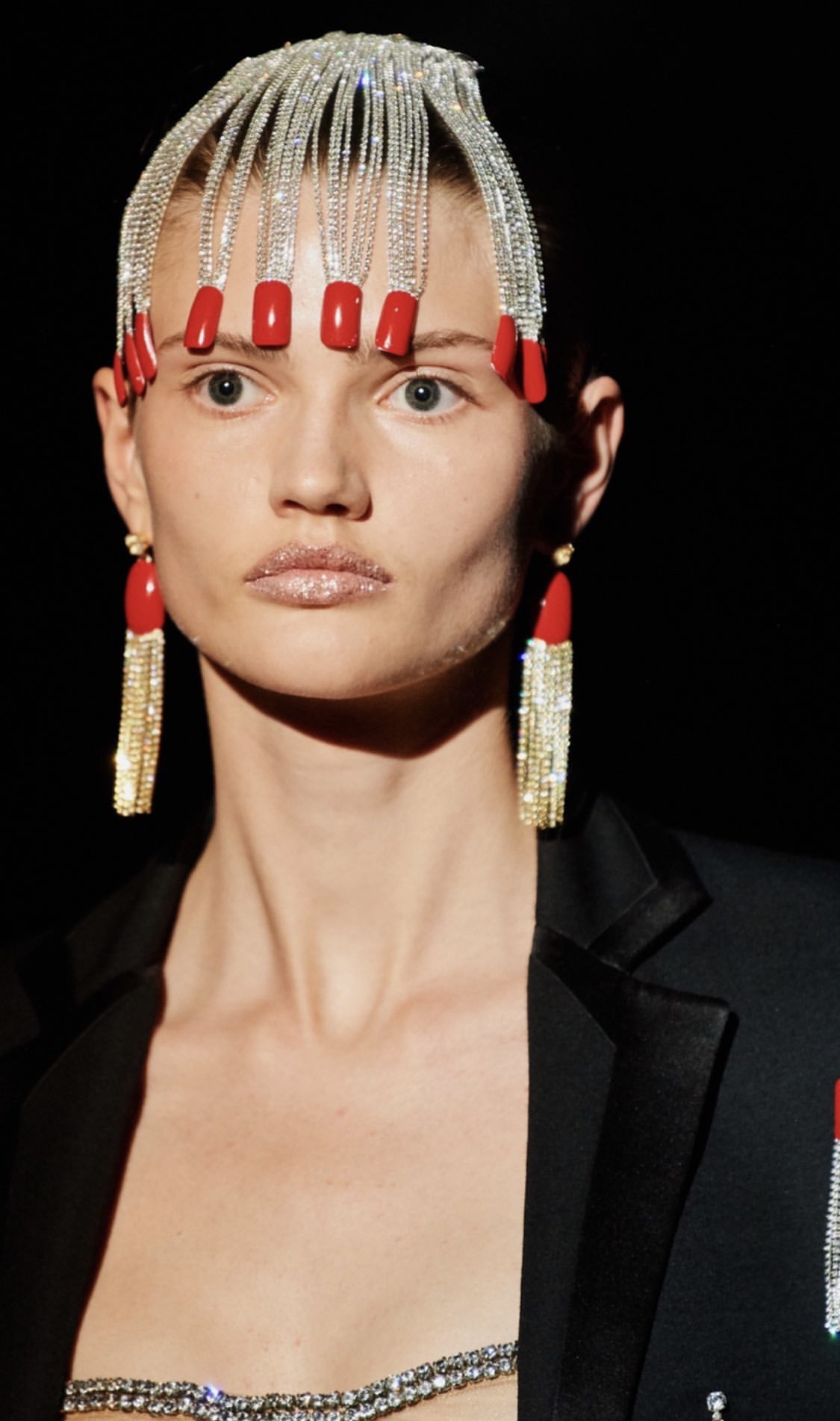 Makeup artist Lucia Pieroni, and hairstylist Eugene Souleiman worked together to create bold beauty looks. With no one model looking the same, there was no universal hairstyle or makup look.

Souleiman worked with natural hair texture, opting for either a low ponytail or tousled and left untamed, with neon streaks and jewels added. 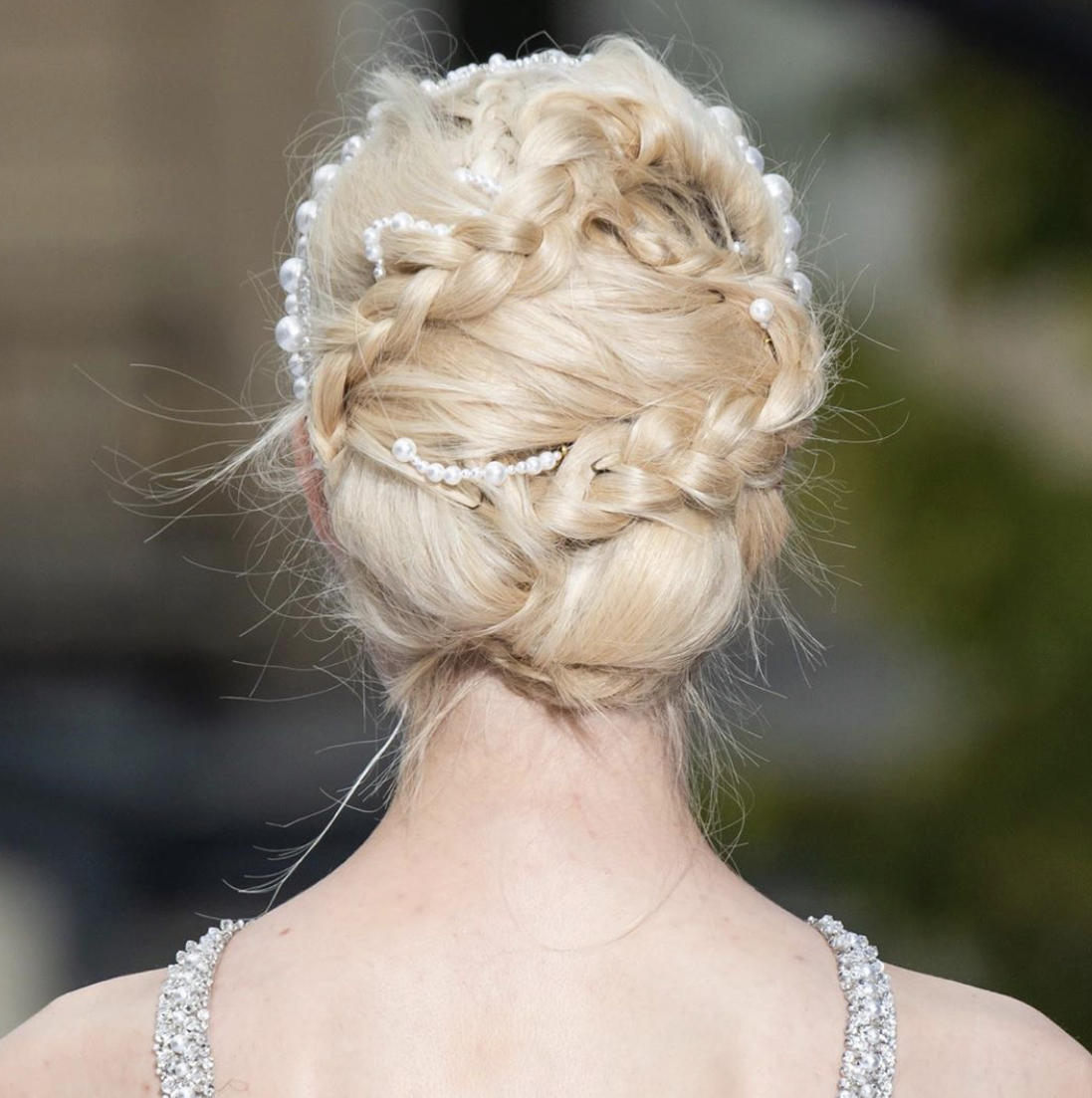 The makeup? Dewy and clean; some of the models donning a swipe of metallic eyeshadow across their lids for versatility. 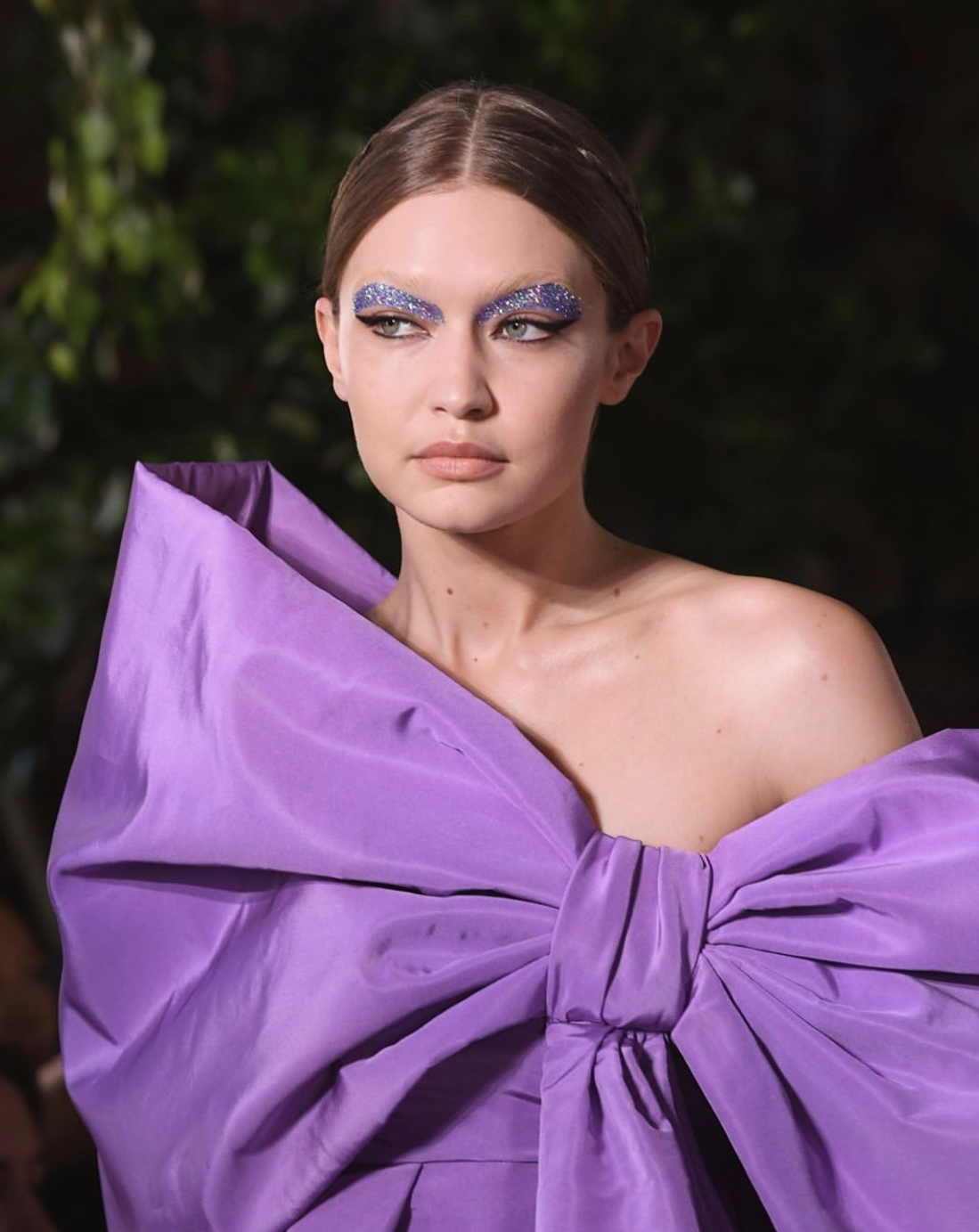 The dream team reunited again as Pat McGrath and Guido Palau combined their talents for the Valentino Fall 2019 Couture show.

Using her flair for the glittery McGrath wowed again, working jewel-toned glitter across models’ lids whilst keeping the face clean, dewy and youthful.

Hair told its own story, as Palau worked to create intricate braids that wove around a low twisted knot.