I really wanted Koda to be a place where everyone has creative freedom while bringing back that old school service to hairdressing – you know, that beautiful shampoo, cup of tea and personalised blow-dry. 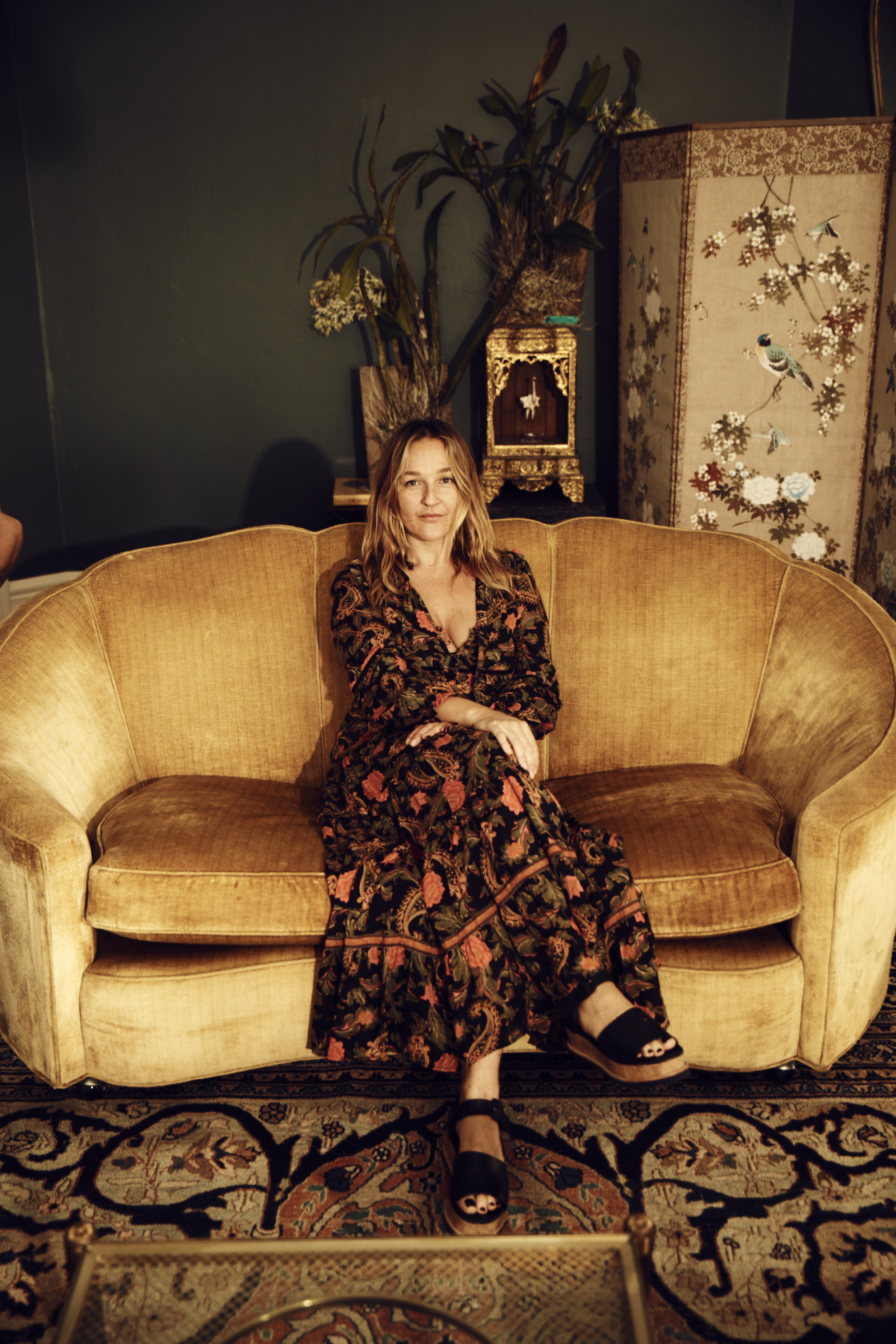 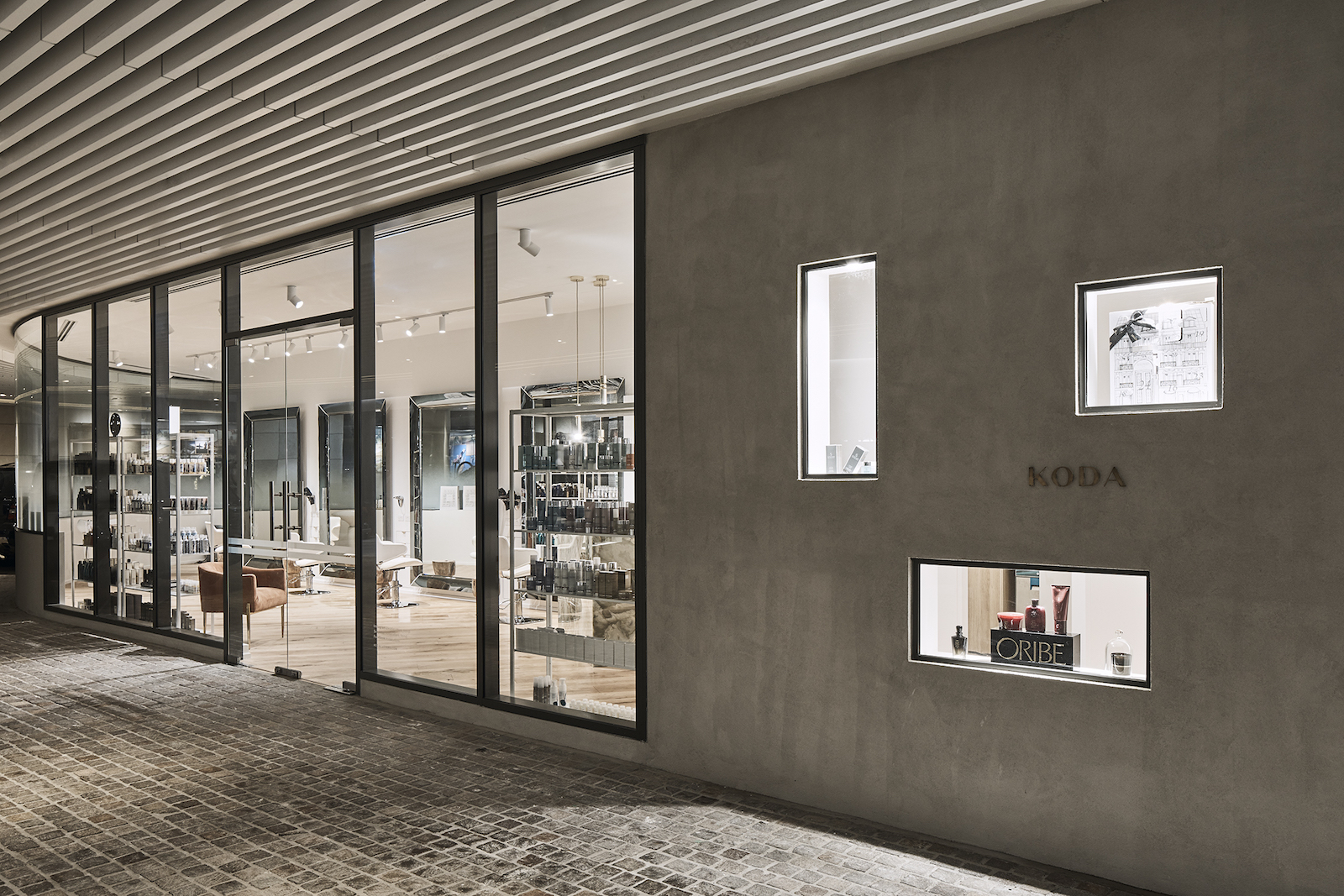 Koda Cutters has relocated to The Pacific, Bondi Beach – the salon earning a quick reputation for stellar interiors and the signature K-Blow.

Creative Director of Koda Cutters, Diane Gorgievski is a breath of fresh, salty air. Although the session star and mother of one grew up “down south,” the Universe in all its trusted magnetism drew the then 20 year old to Australia’s infamous Bondi Beach, and from there, its been an organic evolution of good times, super success and a suitably stellar salon in Koda Cutters.

Diane’s hairdressing journey began 21 years ago, and while much of it was spent growing and evolving within Sydney’s premiere salon environments, the last decade has walked her behind the scenes of fashion’s finest moments. Welcomed onto none other than Luigi Murenu’s session team and with a collective of stints under the vision of Guido and Eugene, Diane’s place on the books of Australia’s leading creative agency, The Artist Group, is well earned. But for all her high times (and long hours) with the industry’s elite, the salon forever held a place with Diane – a passion for service and her beloved clients etched deep. And so Koda Cutters was born in 2016.

Relocating from its first home on Bondi’s iconic Gould Street, Koda has now, too, spread its wings. Upgrading from an understated nook to a wrapping centrepiece of the suburb’s latest jewel, The Pacific, the salon neighbours QT and Saturday’s (NYC), and plays gateway to local, style savvy foot traffic.

“I really wanted Koda to be a place where everyone has creative freedom while bringing back that old school service to hairdressing – you know, that beautiful shampoo, cup of tea and personalised blow-dry.”

“I feel salon service has become somewhat lost in different parts. Places just get so busy and suddenly people are stuck in a dirty chair with a bad coffee before a quick shampoo because no one can be bothered training the assistant anymore.”

A mere few minutes in the presence of this textured local, and you get the vibe she’s down to the beat of her own drum, no one else’s. Diane believes in the freedom of choice and the value of feedback, always welcoming both staff and clientele for their honest thoughts on salon procedures.

“Feedback is so important, we’re not perfect, we try, we strive, but I want input, I want to work on those things, I want clients to tell me if they didn’t get a good shampoo, I want to make sure that doesn’t happen again.”

Koda uses Wella Professionals at the back bar and looks to R+Co and Oribe for that instant editorial effect. The salon has more recently welcomed Balmain to the retail shelves and stocks evo Fabuloso Pro for an extension of that custom culture they’re known for.

On the topic of customization, Diane introduces the Koda Blow-Wave (K-Blow to regulars). It’s a clever addition to the service menu designed to create a sense of equality and a little piece of mind for this grounded perfectionist.

“It’s a face frame blow-dry with a Bondi wave to it, no hot tools required. A nice bend with straight ends, the style is effortless, undone but still polished and every staff member is trained the same way.”

This Koda signature not only provides an all-important point of difference but the option of a beautiful finish for all clients, no matter the budget.

“Clients can spend $80 with me or $47 with a second year, and while there are tweaks and differences between them, every Koda Blow-Wave is essentially the same. It’s a really nice way to make everyone equal and this is such an important part of our culture to me.”

Open to ideas and evolution, there are some things Diane just won’t compromise on. One is a sense of equality, another is an immaculate aesthetic, so for the new Koda, the vision was very clear.

“We wanted to keep these mirrors,” Diane says craning her neck at the ceiling-high Philippe Starck mirrors before us.

Somewhat of a life goal for Diane, she spotted the mirrors 15 years ago at London nightclub, Sketch, and they’ve followed her ever since.

Working closely with Sonarchitecture, Diane and her business partner have delivered what might just be one of the most functional salons we’ve seen. The towel bins retract into the joinery (talk about a seamless finish) and a bold onyx (front) desk elevates the bloodline of the business.

A free-standing basin nods to a secluded VIP experience nestled at the salon’s tail (and a station for session King Michael Brennan), while you’ll find all things colour at the top.

“With colour I wanted a place where we could make as much mess as we wanted and nothing was going to get stained or ruined … and of course, I’m huge on natural light,” she said.

A wall length mango curtain casts a halo of warmth over the colour table; simultaneously catching the eye of clients-to-be from what is otherwise a magnificently minimal salon façade.

“It’s cool because people don’t really know what we are … and we’ve done that purposefully. It brings a sense of privacy for the client and also grants us the gift of the right clients coming to us.”

So what’s next for Diane and Koda Cutters?

“I don’t really have a big business plan in place … I’m not too sure what’s going to be next, but I’ve got a good feeling about what we’re going to do …” 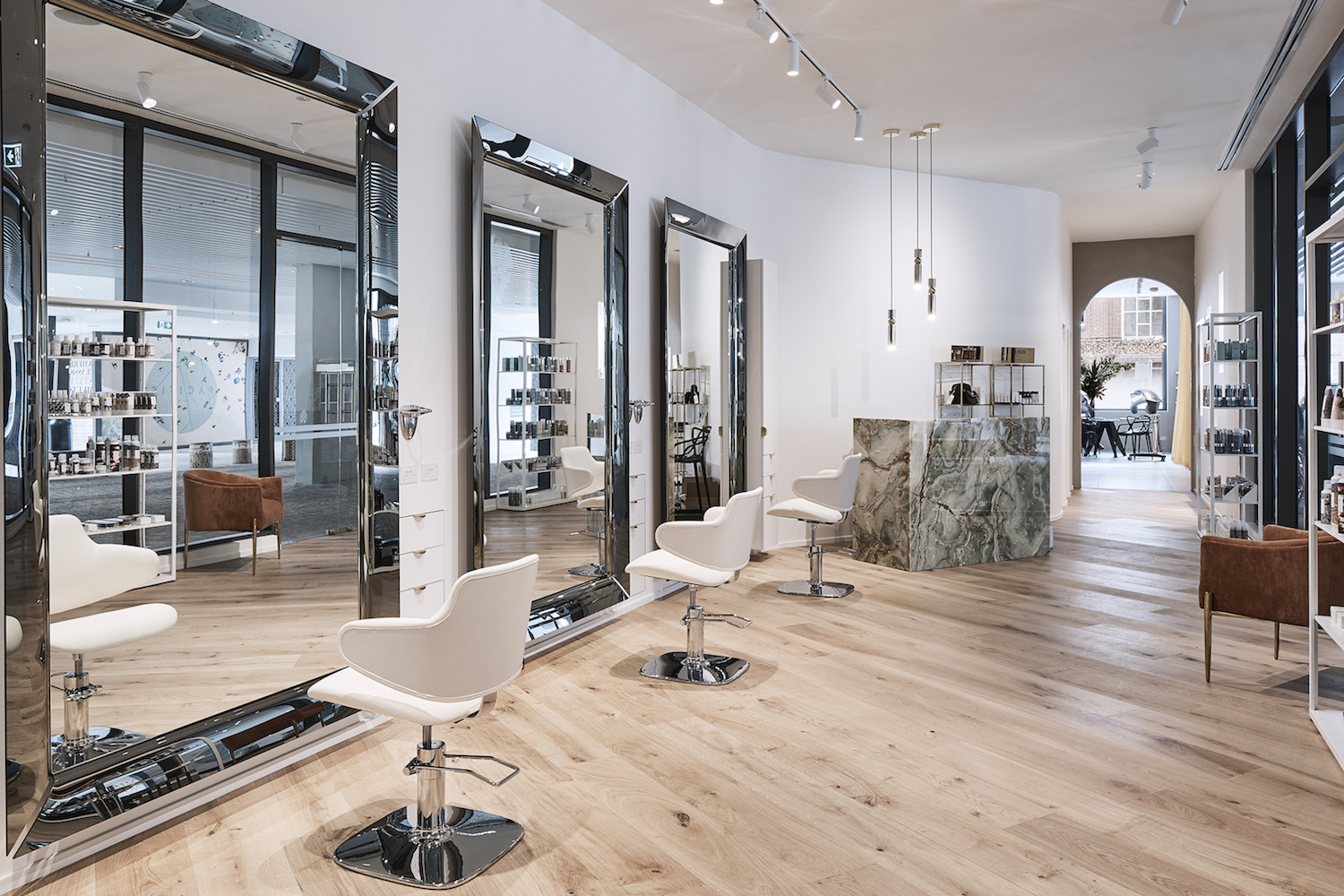